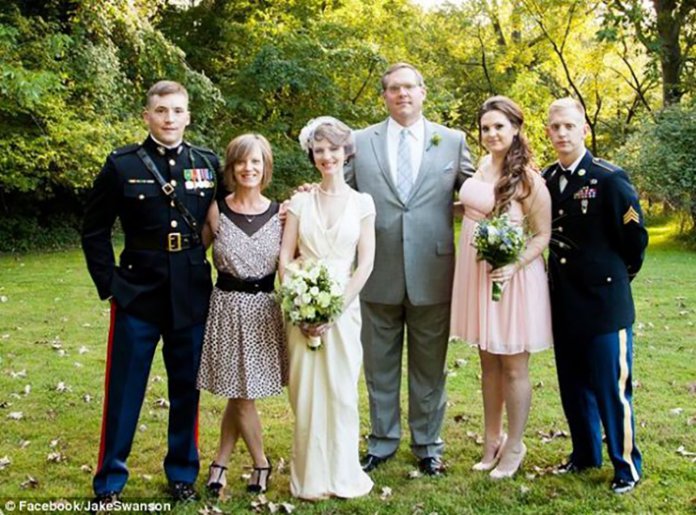 Before Nevada Attorney General Adam Laxalt named Roland Swanson as his Chief Investigator in 2015, Swanson, according to his bio on the AG’s website, led investigations for the FBI’s public integrity unit in Las Vegas.  Now, his office is involved in the prosecution of convicted pimp Kobe Hogue, who happens to be the former boyfriend and pimp of Swanson’s daughter, Hannah.

In 2010, then- Centennial High School student Hannah Swanson became a prostitute, her mother says, at the insistence of Hogue, her classmate and boyfriend.   Hannah’s eventual arrest on solicitation charges prompted Hogue’s arrest and guilty plea for attempted pandering.  Hogue served a brief sentence.

Today Roland Swanson, who oversees investigations for the AG, including sex trafficking, is in charge of an investigator working to send Swanson’s daughter’s former pimp back to prison.

Swanson minimized his office’s involvement, noting the AG is not prosecuting Hogue.  But Swanson’s investigator Alwyn Pindar, wrote the state’s report used to oppose bail for Hogue.  Swanson refused to answer questions and hung up.

Swanson’s boss, Adam Laxalt, is running for governor.  He has declined to comment on whether he thinks the Hogue case poses a conflict for his chief investigator.

“I can tell you at a bail hearing there were a dozen members of law enforcement present.  Eight got up. That never happens. You figure it out,” Marchese said in an interview.

Hogue is facing charges of sex trafficking of an adult and domestic battery by strangulation of the mother of his child.

“He made her work 12 hours a day every day of the week, and gave her a quota of one thousand dollars a night for providing acts of prostitution.  Hart was told the minimum Hogue would accept was six hundred dollars a night, and he did not care how she got the money. If she did not make the quota Hogue would threaten to kick her out of the apartment where they lived. “

An annual report mandated by the Legislature reveals how rare.  Despite a dedicated investigator and a legislative mandate to report prosecutions to lawmakers every six months, the AG has reported just two human trafficking convictions. One defendant pleaded guilty in 2015 to one count of coercion and received a suspended sentence and four months probation.  The other defendant, former UNLV football player Richard James Mapp, pleaded guilty to one count of child abuse, neglect or endangerment, according to the AG’s office. Mapp was alleged to have encouraged an underage person to engage in prostitution. He has yet to be sentenced.

How many sex trafficking cases is the AG’s office involved in and who makes the decision to seek assistance from the state? We asked Metro and the AG’s office.  Both declined to answer.

The Attorney General’s office is also declining to comment on the FBI’s ongoing investigation of Metro’s Vice Department.  Sheriff Joe Lombardo has acknowledged the federal probe into allegations that some police are protecting pimps and targeting their competitors in exchange for money and favors.

Former Vice Detective Christopher Baughman is a target of the FBI investigation.

In Baughman’s book, Off the Street,  Andrea Swanson (whose new married name is Griffin)  recalls being informed by Baughman that her daughter had been arrested for prostitution.

“The devastating news came with a vow from Chris to not only save our daughter, but to hunt and destroy her pimp,” Andrea Swanson is quoted as saying in Baughman’s book.

In an interview with the Current, Andrea Griffin says she was unaware of her ex-husband’s current efforts involving Hogue.  She says her daughter, Hannah, is doing well.

Hogue is scheduled to appear in Las Vegas Justice Court for a preliminary hearing on Wednesday.

Tomorrow: Las Vegas Justice of the Peace Melanie Tobiasson says pimps are targeting the daughters of cops and judges. Is she right?  The Current has some answers in an exclusive investigation.

Voting from jail – if not convicted, it’s a right