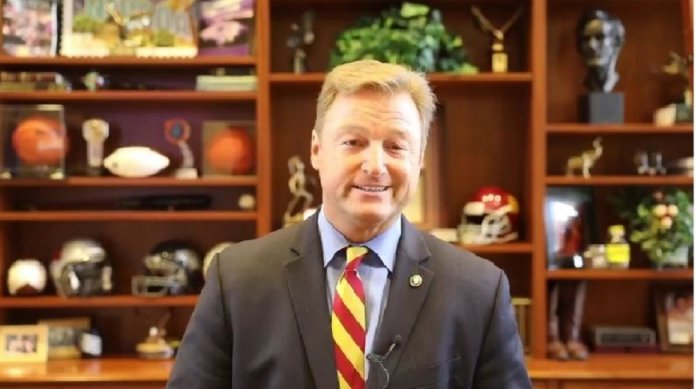 Nevada Sen. Dean Heller is very fond of calling on Congress to take swift action on all manner of things. He’s even made a “no budget no pay” measure, under which members of Congress wouldn’t get paid unless they pass a budget and appropriation bills on time, something of a signature legislative aspiration over the years.

But when it came to Barack Obama’s nomination of Merrick Garland to the Supreme Court in March of 2016, Heller didn’t resemble the senator of action so much as an action figure, a plaything set in an immutable pose by Senate Majority Leader Mitch McConnell. Heller backed the McConnell-led refusal to hold hearings on Garland, and wouldn’t even meet with Obama’s nominee.

“Nevadans should have a voice in the process,” Heller explained at the time, a statement clarified by a Heller spokesman to mean that the Senate should wait until after the 2016 election – eight months after Obama nominated Garland – to fill the vacancy.

Ten months later, Donald Trump was sworn in as president and quickly nominated Neal Gorsuch to replace Scalia. Holding only a slim 52-48 majority in the Senate, Republicans implemented the “nuclear option,” allowing them to confirm a Supreme Court justice with a simple majority instead of the previously required 60 votes. Gorsuch was confirmed. Effectively, Heller and the Republicans stole a Supreme Court seat.

Trump’s nomination Monday of Brett Kavanaugh to replace retiring Justice Anthony Kennedy comes only four months before the 2018 election. Thanks to Roy Moore’s defeat in Alabama, the Republican majority in the Senate has been reduced to 51-49 — and only 50-49 when John McCain’s absence is taken into account. If Kavanaugh is confirmed, it may be by the slimmest of margins.

Continued Republican control of the Senate after the 2018 election conceivably could hinge on the outcome of Heller’s race against Democratic candidate Jacky Rosen.

Heller is not demanding that “Nevadans should have a voice in the process” now.

Even before he knew who Trump had nominated, Heller called on his Senate colleagues to “waste no time in conducting a thorough confirmation process.”

Republicans, including and especially McConnell, have bristled at the suggestion that they should honor the precedent they established with the Garland nomination and wait until after the election before moving forward with a nominee. “These aren’t the final months of a second-term constitutionally lame duck presidency with a presidential election fast approaching,” McConnell said last month. “We’re right in the middle of this president’s very first term.”

While Trump may be in the middle of his term, his is not the only branch of government that determines a Supreme Court appointment. Its abrogation of duty during the Garland nomination notwithstanding, the Senate also plays a part. In four months, one-third of the Senate is on the ballot. A swing of just a few of those seats – including and especially Heller’s – could alter the fate of any number of Trump initiatives, including judicial appointments.

And while the nation may not be, as a testy McConnell put it, in the middle of a lame duck presidency, it is in the middle – or perhaps somewhat past the middle – of something else: a series of investigations into the conduct of Trump, his campaign personnel, his administration, his businesses and his family.

Those probes have prompted Trump and/or his attorneys to assert that the investigation led by special counsel Robert Mueller is unconstitutional, that the president can’t obstruct justice, be indicted or subpoenaed, and that the president can fire Mueller. Trump also contends he has the authority to pardon himself. It will be no surprise if a case (or two) stemming from the many Trump-related investigations lands in the Supreme Court.

So, here’s the scenario: A president who got 2.8 million fewer votes than his opponent nominates Supreme Court justices with lifetime terms. The justices are confirmed by the U.S. Senate, wherein Wyoming (population: 579,000) has the same number of votes as California (population: 39.4 million), while the District of Columbia (population: 694,000) and the U.S. territory of Puerto Rico (population: 3.7 million) get no votes at all. Then justices appointed by the president who lost the popular vote will rule on cases that determine the lawfulness of that president’s actions.

In Kanavaugh’s case, one of those justices would already be on record suggesting the nation would be better served by “exempting a President – while in office – from criminal prosecution and investigation, including from questioning by criminal prosecutors or defense counsel.”

As Rep. Dina Titus tweeted when Trump, in customary televised game show fashion, announced his nominee, Trump picked someone “who believes that presidents are above the law… is anyone surprised?”

Heller is probably not surprised. Nor does he likely care.

Heller says Kavanaugh has a “record of adherence to the Constitution and has demonstrated a commitment to interpreting the law – not making it.” But given his painful perambulations on countless issues, from gun background checks to repealing the Affordable Care Act to immigration to funding for Planned Parenthood, Heller has proven nothing if not that he is scrambling – always scrambling – from position to position based not on reasoned analysis or bedrock principles, but swift (and often clumsy) political calculation.

That’s why his fellow Republicans say things like “I’m going to hold my nose and vote for him.”

To be fair, Heller presumably does have some firmly held if superficial beliefs about, as the Onion so famously put it, “what he imagines [the] Constitution to be.” But does anyone seriously doubt that Heller has given orders of magnitude more thought to what Kavanaugh’s nomination means for his Senate campaign than what it means for Constitutional interpretation – or for the rights and well-being of Nevadans?

Heller is the most vulnerable Republican senator in the nation. He knows his best chance is low Democratic turnout, coupled with high turnout among a Trump-loving GOP base fired up by the prospect of a far-right Supreme Court for as far as the eye can see.

“Nevadans should have a voice in the process” no longer applies. It never did. It was just something that Heller said to navigate a particular moment in time. Now he’s trying to navigate his way to victory, and the only voices Heller hears in that process are those of his campaign handlers and Trump.

All the times Donald Trump has never been corrupt