Earlier this month, the Vdara Hotel & Spa added two relay robots that deliver snacks, sundries and spa products directly to guest suites. While charmingly decorated as a Golden Retriever and Dalmatian dog with Vdara-themed collars, the new robots — named Fetch and Jett — may be a sign of what’s next for Las Vegas.

In 20 years, about 65 percent of the city’s jobs could be automated, according to a study by the Institute for Spatial Economic Analysis. That projection may be an outlier – the Organization for Economic for Cooperation and Development, for instance, projects only 10 percent of U.S. jobs are vulnerable to automation.

This isn’t news to employees. When contracts between the Culinary and Bartenders unions and many large hospitality companies expired earlier this year, protections against automation were among the topics negotiated in the new five-year contracts.

On Saturday, FreedomFest, which dubs itself as the largest independent and nonpartisan gathering of free minds, held a panel on universal basic income — a guaranteed, government provided income for everyone. Almost instantly, panelists spiraled into a debate about the future of automation in the labor market.

“Anyone that has any business sense and is living in the Bay Area realizes the risk of automation and realizes the risk that jobs are going to be taken,” said Zoltan Istvan, an author who ran for California governor in 2018 on a trans-humanism platform.

“It’s not something that’s going to happen overnight but it’s also something we must recognize,” Istvan said. “In fact, I often say, Trump talks a lot about immigrants taking jobs. In 2016, (it was) one of his main platforms. I don’t believe that’s the case. I think the case is that technology is already dramatically affecting the world. Technology and automation are already coming for our jobs.”

About 52.2 million (or 21.3 percent) people in the U.S. participate in government assistance programs each month, according to a U.S. Census Bureau report. Istvan said jumping to a universal income based model isn’t as big a step as one might believe based on current government assistance statistics.

Istvan proposed a libertarian-friendly version of universal basic income that involves leasing out all federally owned land and redistributing that income to all Americans. Implementing this fringe, mostly theoretical idea would have massive impacts for Nevada, where 84.9 percent of land is government owned. Istvan argues that universal basic income would reduce government by ending other government benefit programs like Social Security and Medicaid.

Barbara Kolm, economist and president of the Hayek Institute, a think tank that promotes individual freedom, said the risk of automation would not move her to support universal basic income.

“UBI will not solve the problem,” she added.

Veronica de Rugy, senior research fellow at the Mercatus Center, said the fear of automation has long plagued people’s minds. She noted that manufacturing jobs have largely disappeared due to automation but that innovation should not be feared.

“Every generation warned against the dramatic shift of innovative force,” she said. “It’s a fear that never materializes.”

While de Rugy believes automation may be a source for the destruction of low-skill jobs in the future she said automation could also be a force that raises individuals standard of living by reducing the cost of everything from food to housing and even energy.

“There are so many positive things that can come out of A.I.,” de Rugy said. “Robots are everywhere.” 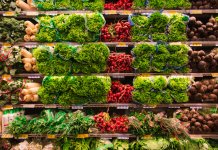