That’s how Terri and Aaron Rupp describe the ongoing experience of getting their daughter enrolled and accommodated within Clark County School District. Marley, 8, was diagnosed with optic nerve atrophy at age 4. Doctors expect the degenerative genetic condition to take away the majority of Marley’s eyesight, leaving her legally blind — just like it did in her mother when she was a child.

Knowing this, the Rupps wanted Marley to begin learning braille immediately. But according to Terri Rupp, during the discussion to set an individualized education plan (IEP) to address her daughter’s disability, the district proposed beginning braille lessons in third grade and using adaptive technology like magnifiers and large-print materials until then.

The Rupps successfully pushed back, stressing their belief that if other kids begin the process of learning to read in preschool, then so too should their daughter. After that hurdle came a school administrator who said Marley couldn’t bring her cane to campus because it wasn’t school issued and posed a hazard. (She can.) A year later, an administrative screw-up resulted in Marley not being assigned a teacher for the blind and missing out on six weeks of specialized instruction. Marley’s individualized education plan currently allows for 180 minutes of individualized instruction per week — a number the Rupps fought to increase.

“Every year there are more obstacles,” says Terri Rupp.

The Rupps are better prepared than most families going through the process of setting up an individualized education plan for a special-needs student. In addition to her lived experience as a blind woman, Terri Rupp is president of the National Federation of the Blind of Nevada. She travels to Washington DC every year to advocate for legislation and is well versed on key issues and legal rights.

She worries about the people who aren’t.

“A lot of parents, like my own parents, don’t know they can fight for things,” she says. “They don’t know they have the right to fight for certain accommodations, so they go with whatever the teachers tell them. They just sign the IEP.”

Rupp says many within the traditional education system feel that braille is too cumbersome to teach, or that it’s becoming outdated because of the growing availability of large-print e-readers and audio books. Resources are finite, so districts and schools have an incentive to lessen the amount of individualized attention they commit to. Rupp encourages parents of blind children to be critical of what is being presented to them.

“(Blind) students are not being given the tools they need,” she adds. “They are not given enough instruction time. A lot are just sitting and wasting time. A lot are dismissed and written off.”

Approximately 400 blind or low-vision students receive assistance from the vision services department at CCSD. According to Kelly Sapyta, a coordinator in the department, only a dozen or so of those students are in self-contained classrooms with only other blind students. The majority can be found alongside sighted children at their zoned schools.

The department has 12 itinerant teachers for the visually impaired. They consult with primary teachers to ensure students receive the proper accommodations, equipment and materials. They also travel from school to school giving kids like Marley individualized instruction time. The department also operates a braille program that produces between 75,000 and 100,000 pages of material annually. (Most of that work is done by inmates at Southern Desert Correctional Center.)

“As far as our district, we have resources,” says Sapyta. “We are one of the largest school districts, and we have one of the largest vision services departments. We provide a lot of consultation to other counties because they don’t have the resources we have. It’s very unusual to have the braille program we do, or to have that many vision teachers. We have a very strong structure here.”

Even the strongest vision services department has its limits.

“We can only provide so much,” says Sapyta. “We focus so much on academics because that’s what our role is.”

Sapyta says the district focuses mostly on what’s considered “core curriculum” — english, math, social sciences and other knowledge areas. They do not cover what is known as “expanded core curriculum,” which the American Foundation for the Blind describes as the body of knowledge and experiences that sighted students learn casually and incidentally but that blind and visually impaired students need systematically and sequentially taught. Things like socialization, independent living skills, assistive technology use, and self-determination fall under the umbrella of expanded core curriculum.

For those skills, Sapyta says the district relies on the work of nonprofits.

The Silver State has only one nonprofit focused solely on blind and low-vision children: Nevada Blind Children’s Foundation. Since its creation in 2006, the foundation has offered life-skills training and adaptive recreational activities for visually impaired people ages 0 to 22. But the group has been limited by spatial constraints and resources.

Last month, the foundation took a big step forward by opening a new 12,000-square-foot learning center in Henderson. The learning center will host after-school homework help, adaptive sports (like beep baseball) and skills-building courses that would be considered part of the expanded core curriculum. Located in a former private school, the building also has a kitchen where students will be able to learn about cooking and baking.

The foundation also plans to open a preschool at the learning center by next fall.

Nevada Blind Children’s Foundation believes the focus on early education is crucial to lifelong success. If visually impaired students start out behind grade level, they may never catch up. That impacts their options after high school graduation, if they even reach it. Students with disabilities are less likely to obtain a diploma than students without one. That impacts lifetime earning potential.

“We are getting to the earliest point of intervention,” says Executive Director Emily Smith. “We (currently) play catch-up for the school district. We want no gap. We want to have a great, smooth transition.”

Nevada Blind Children’s Foundation operates off individual and corporate donations. Rudy Manthei, an ophthalmologist who sits on the board of directors, says he’d love to see more public funding invested in resources for the visually impaired. His reasoning is that it’s ultimately the government that picks up the tab if people who are legally blind cannot find gainful employment and receive disability benefits.

Preschool is the natural starting point, but Manthei says he hopes that Nevada might someday have a dedicated K-12 school for the blind. Most states states already have one.

Nevada does not — an absence, Manthei says, reflecting the fact that resources for the blind been a low priority for the state.

“Right now the families that can leave do,” Manthei says, “because there are just no resources here. I would. Even if you can pay, there’s no one.” 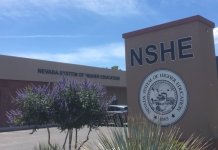 Regent to applicants for Nevada Chancellor: Fix not in 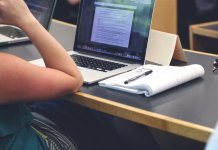