Clark County Commissioner and gubernatorial candidate Steve Sisolak says he’s “willing to look at whatever the Legislature brings forward” to reform the cash bail system in Nevada, but stopped short of commiting to any specific reforms.

Sisolak made his remarks Thursday at a roundtable addressing criminal justice reform issues, where he was joined by former U.S. Attorney General Eric Holder, in Las Vegas to endorse Sisolak’s run for governor. He brought up extending “ban-the-box”– the box on employment applications asking prospective hires if they’ve been convicted of a crime — to the private sector, erasing misdemeanor marijuana convictions, and other reforms.

But the conversation consistently returned to curbing the justice system’s use of cash bail.

“It’s something I would certainly entertain on a minor offense that might be too severe,” Sisolak said.

California last week became the first state in the nation to scrap the cash bail system. California is “experimenting with their situation and we’re going to see how that goes,” Sisolak said.

Sisolak and Holder listened to local activists make their case for reform at the hourlong event.

“You can’t fix the system if you don’t know how it’s impacting people on the ground,” said Leslie Turner with PLAN Action’s Mass Liberation Project.

While sharing her experience being arrest for an unpaid traffic ticket, she brought up how her story isn’t uncommon. Being arrested and incarcerated for low-level traffic offenses can result in dire consequences, she said.

A woman in Mineral County died last year while jailed for driving with a suspended license. Her family has filed a wrongful death suit.

More often than not, Turner said, it is people of color and low-income communities who feel the brunt of policies.

“I think it’s important for people who are directly impacted to be leading this work and to be at the table when we’re having these conversations about any type of reform,” Turner said.

Minor violations can have particularly harsh results for immigrant communities, echoed Leo Murrieta, the director with Make the Road Nevada.

“The criminalization of traffic offenses puts immigrant families and immigrants in danger of deportation,” he added. “Have you put any thought into the decriminalization of traffic violations, so when people get parking tickets or speeding tickets they don’t end up in jail or on warrant and end up in detention because of their immigration status?”

Sisolak said he would work with the Legislature about decriminalization efforts. “When you’re talking about minor traffic offenses, you definitely got my ear,” he said.

A Nevada legislative panel has requested a bill that would decriminalize traffic citations and require courts to treat them instead as civil matters.

A number of issues were raised during the meeting, from more second chances for inmates leaving jail to how to better address hate crimes. But the discussion persistently came back to bail. One worry expressed was that lobbyists from the bail industry, combined with the influence of industry campaign contributions, would prevent lawmakers from trying to revamp the system.

“I don’t think the businesses are necessarily the priority,” Sisolak said. “The priority is the families and individuals being ripped apart as a result of the bail system. I cannot allow the profit motive to take precedence over the individual lives being taken advantage of.”

“It’s about being smart on crime,” he says. “You can keep people safe while having a fair criminal justice system.” 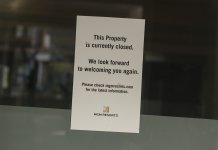 Strict THC limits linger in courts even after pot legalized