Cruz, a recent graduate of Canyon Springs High School, says he was sexually assaulted this summer and worries people won’t believe him either. However, that hasn’t stopped him from traveling to Washington D.C. to share his story with lawmakers and speak out against Kavanaugh’s nomination.

“There are a lot of people who don’t want to speak out because they are afraid,” he says. “Our society hasn’t allowed them to.”

For the last year, people have found support when it comes to talking about sexual assault and harassment. The rise of the Me Too movement — originally coined by Tarana Burke in 2006 — gave people a platform to share their stories and in some instances find justice.

During a Senate hearing Sept. 27, Ford shared her story. She alleges that in 1982, when she was in high school, the conservative judge attacked her at a gathering, holding her down and attempting to remove her clothing before she escaped. Kavanaugh vehemently denies it.

Prior to the hearing, President Trump sent a tweet implying if Ford was telling the truth, she would have reported the attack earlier.

His comments sparked backlash and birthed another hashtag: #WhyIDidn’tReport. Whether it was shame or not being believed, people took to social media to share more stories of sexual assault and why they didn’t speak up about it.

“The benefit of the Me Too movement is people are discussing this in school,” says Morgan Aikele, an 18-year-old who graduated from Moapa Valley High School in May. “Students are becoming more socially aware of this.”

What’s yet to be seen is how the Me Too movement and survivors like Ford sharing their stories will affect sex education policies and how to better teach about consent and sexual violence in schools.

Cruz says to adequately deal with the growing number of stories from survivors, policies are going to have to evolve.

The degree which comprehensive education should be taught in schools has been a contentious topic. Nevada lawmakers have debated it during several recent legislative sessions, where various organizations have challenged Nevada’s abstinence-based sex education policy.

Andre De Leon, who oversees instructional materials at Nevada Department of Education, says Nevada law gives a guideline of standards and then each school district writes its own curriculum.

“The Nevada Statutes on sex education have not been updated since the early 1980s, so there are gaps in many areas, depending on the school district,” says Assemblywoman Amber Joiner, who proposed changes to sex education in the 2017 legislative session. “There is not even consistency between classrooms in the same district, much less across districts. ”

At the Clark County School District, students are approached three times about sex education — fifth grade, eighth grade and in high school. Parents get to decide whether to “opt-in” their children.

Shannon La Neve, the director of humanities with the district, says in eighth grade and high school, teachers have about three weeks in the health class to teach the abstinence-based curriculum.

That’s when students learn about things such as sexually transmitted diseases, pregnancy and violence, which can include anything from cyberbullying and sexting to domestic violence, sexual assault and human trafficking.

Teachers can only teach from approved materials. “We don’t dictate how much time a teacher spends on each subject,” she says. “It’s up to the teacher to look at the curriculum and decide.”

That’s because Nevada’s laws mandate only a licensed teacher can talk about any of the approved materials and topics.

Joiner says not all education is the same. “We know that some students receive no sex education at all, and there are no consequences for teachers or districts that do not teach the curriculum adopted by each district,” she says.

Aikele thought her instruction on sex education was comprehensive and says items like consent and sexual violence were talked about. “We talked about consent, and I thought it was pretty thorough,” she says.

However, serving on the Sexual Education Advisory Committee — which makes recommendations regarding content and materials that are contained in sex education units — she would hear stories from students who felt differently. “I remember going to meetings and (students) would talk about being assaulted and how they felt the school district failed them,” she says.

Though she says her education was complete, she adds there isn’t any harm in looking at ways to strengthen curriculum.

Cruz, who identifies as queer, has many criticisms about his experience with sex education in school, from not going into the grey areas of sexual assault and consent to the way materials omit LGBT representation.

For the items teachers do go over, he says it felt rushed. “(Teachers) give the bare minimum when it comes to talking about healthy relationships,” he adds

He says that some teachers refrain from talking about consent and sexual violence altogether because it’s too controversial. As a result, students get hurt.

According to the National Sexual Violence Resource Center, one in five women and one in 71 men will be raped in their lifetime.

Reported cases of rape have increased about 8 percent to 1,731 in Nevada, according to 2017 Uniform Crime Reporting data — not including 134 attempted rapes reported. The Clark County School District Police Department investigated 27 rapes in 2017.

In the more than 1,700 rapes reported in Nevada, about 19 percent of arrested offenders were 17 years or younger — the largest of any age group. The second largest, about 16 percent, were ages 18 to 24.

He didn’t immediately recognize that what had happened to him was rape. The summer after he graduated, he says he met up with a mutual friend. The situation escalated before he realized what was happening.

Cruz says he told his attacker multiple times he didn’t want to have sex. Even during, he asked him to stop. In the end, he decided it would be faster if he just let him finish. “He was bigger than me, and I thought that would just be easier,” he says.

After Cruz was dropped back at his car, he carried on with his day. “It wasn’t until that night, I was laying in bed and couldn’t sleep,” he says. “It was then I couldn’t downplay what had happened.”

With stronger lessons in schools, Cruz says maybe he would have had a different end result. At the very least, he says it would have better equipped to deal with the aftermath, such as finding emotional support or where to get tested for sexually transmitted infections.

“But my attacker is the same age as me and went through the same curriculum,” he adds. “He probably didn’t learn about consent either.”

There have been efforts to update sex education policies so Nevada students learn about consent and sexual violence.

In 2017, Joiner introduced Assembly Bill 348 to update course instructions on sex education. In an email to the Current, Joiner says the original bill had a section about teaching consent, but it was taken out.

“In order to get the bill passed out of the Assembly with enough votes in the policy and money committees, amendments were negotiated to remove some of the details about what should be in the curriculum,” she says. “In the end, the version of the bill that passed would have required medically accurate, inclusive sex education and some good data collection measures, but it was not as specific as the first draft.”

The bill passed but was ultimately vetoed by Gov. Brian Sandoval who said it “would upset the school-parent balance potentially depriving parents with a meaningful opportunity to provide informed consent for their children to receive sex education.”

“While local school boards and educators play an important role in providing appropriate sex education courses, the role of the parents in this system is the most important,” Sandoval wrote in his veto message.

“The bill clearly allowed parents to choose whether their children would receive the sex education program or not, and of course they could teach anything they wanted to in their own home,” she says. “In fact, this bill would have made it easier for them to make their wishes clear by authorizing school districts to offer an online permission slip, requiring notification when a course was about to be offered, and allowing parents to revoke permission at any time.”

A separate bill was passed to study the viability of adding a criminal justice component to high school social studies courses to review issues such as sexual assault and consent. The findings are expected to be presented in the 2019 session.

“This is something I would really, really support,” Aikele says. “I support a lot of good things that promote good education.”

Aikele, who says she comes from a conservative household, says teaching consent isn’t something that should be partisan or divide so many people.

“So many things about sex education can be controversial,” she adds. “I don’t think consent should be one of them.”

Joiner wasn’t aware if another sex education bill would be proposed in the 2019 session.

“I think in light of what is happening in our country, they should all be taking a close look at their curriculum,” she says. “Hopefully, all of this national attention on the issue can be used for good to educate the next generation and prevent sexual violence in the future.” 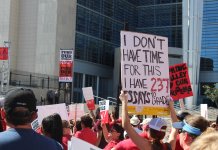 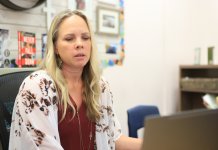 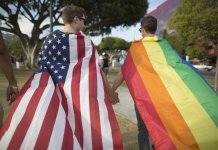 Kavanaugh, Me Too point up need to modernize Nevada sex ed