After careful consideration, Sen. Dean Heller feels sure he knows why the U.S. is so politically polarized: It’s the media’s fault.

“You saw the Kavanaugh hearings. You saw how bad that got,” Heller said during his debate with Jacky Rosen Friday night. “I think both sides have something to blame with this,” Heller continued, eloquence at full sputter. “But I also think the media has something to blame in this also. We see how they treat Trump supporters. We see how they treat Kanye West, when he…”

But Heller, however inadvertently, is on to something.

Fox News, talk radio and the rest of the right-wing media-industrial complex is now entirely state media, cheering and defending all things Trump, and each and every day broadcasting a torrent of coordinated demonization of anyone who dares question Trump’s magnificence.

The All-For-Trump media’s revenue model depends on convincing its viewers and listeners that they are victims, and that those who disagree with them are out to destroy them. Pro-Trump media deliberately, bitterly divides the nation by methodically whipping up hatred, anger, resentment and grievance.

Of course, that isn’t the media Heller was blaming. He likes that media.

Meanwhile, Trump, to whom Heller has surrendered unconditionally, has escalated beyond chanting “fake news,” encouraging his mobs to despise and angrily curse the media at his vile rallies, and generally dismantling “the existence of any authoritative reality.” Trump is now applauding physical violence against reporters. And in one of the most despicable acts of his despicable presidency, Trump has rendered the U.S. groveling and powerless while he kowtows to a foreign power and covers up for Saudi murderers of a Washington Post journalist, because Saudi Arabia is “a tremendous purchaser.”

Heller’s primary area of expertise with respect to the media is avoiding it. His Senate office – not his campaign, but his official, taxpayer-funded office – refuses to respond to even the most mundane, rudimentary media requests. (The office of the Nevada newcomer who beat Heller in the Adelson gubernatorial primary, Attorney General Adam Laxalt, is also guilty of that offense against the public good and the public’s right to know.)

Heller is literally a career politician, having spent nearly all of his adult life running for office, and to be fair he’s never been much of rabid right-wing fire-eater. He’s more a garden-variety politician. There’s little doubt that he genuinely would prefer a less polarized political environment, one where he could smile for a few key constituencies, mutter a few establishment Republican bromides about business (pro) and government (con), and navigate his way to victory in yet another election without incident.

Heller would have been much more suited to an earlier time, when Republicans from western states could complain about grazing fees, get their picture taken on a horse, and noiselessly inhabit a back bench for as long as they wanted to stay in Congress. It’s tempting to feel sorry for Heller.

But not that tempting. Because he’s not a fire-breathing ideologue, because he is — or has at least shown signs of being in the past — a moderately reasonable person, his embrace of Trump and Trumpism is all the more inexcusable. He knows better, or should.

Heller’s presence in the Senate, and in public life, currently serves one and only one purpose: empowering Trump. He may not acknowledge it. But he gives no indication that he’s going to do anything to change it. And that’s the biggest risk, for Nevada and the nation, of Heller’s reelection.

Rosen nearly said as much during their debate. Moderator Steve Sebelius asked Rosen how she would stop a Trump administration proposal to deprive Nevada of some federal public lands money.

“I want to know,” a giddy Heller interrupted, clearly confident that the question was in his wheelhouse.

Rosen wheeled to address Heller directly, and delivered what may have been the most trenchant statement of the night:

“What we need to do, is we need to put a check and balance on this president, something that you’re not willing to do, Senator.”

Heller, no longer giddy but perturbed, said “answer the question.” 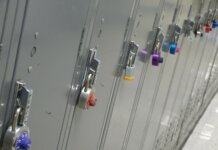 When Rosen nailed it