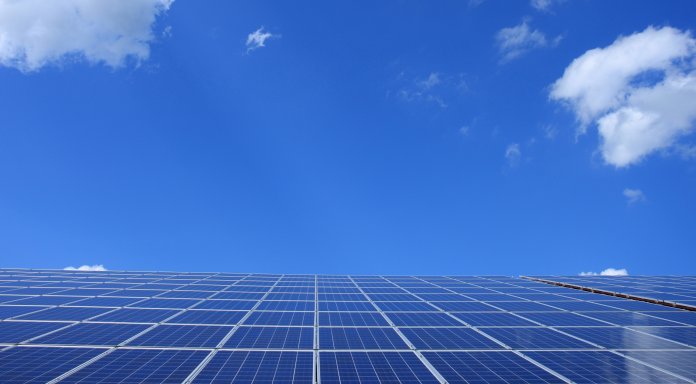 Nevada voters approved all the questions on the ballot Tuesday — except the one that special interests spent all the money on.

Big businesses fighting over Question 3, the so-called “Energy Choice” constitutional amendment, combined to spend nearly $100 million on the campaign, including a gob-smacking $63.6 million spent by opponents, the vast majority of that supplied by NV Energy.

And it paid off. NV Energy, along with allies from industry, environmental and labor groups declared victory Tuesday, as Question 3 went down to a crushing defeat — a loss all the more stunning since voters approved the amendment overwhelmingly in 2016 when it was on the ballot the first time.

The measure was bankrolled primarily by Las Vegas Sands and Switch. The amendment would have effectively deregulated the state’s electric industry, and was complicated and confusing to many voters. Supporters argued it would unleash market forces on the electricity market by allowing electricity industry competition instead of saddling Nevadans with NV Energy’s regulated monopoly. Opponents contended the measure was fraught with uncertainty, could lead to higher energy costs, and did nothing to guarantee the state’s efforts to shift to renewable energy.

A separate energy related initiative that directly addressed renewable energy, Question 6, — the Renewable Energy Promotion Initiative — would require electric utilities in Nevada to acquire at least 50 percent of their electricity from renewable sources by 2030. This was the constitutional amendment’s first time on the ballot, and having passed once, it will appear again in 2020.

The four other ballot questions, approved by voters included Question 1 — “Marcy’s Law.” It passed almost as easily Tuesday as it had in two prior legislative sessions. The measure provides crime victims with specific rights. Proponents hail it as an important measure to protect and help victims. Opponents, pointing to similar or identical measures passed in other states, warned it would lead to unintended consequences and costs that could gum up the criminal justice system. Opponents also argued that the law was redundant, and that prosecutors already have the capacity to protect victims when they participate in, or interact with, the legal process against defendants.

The Question 1 campaign was also stained by the fact that the measure’s chief financial backer in Nevada and other states, billionaire Henry Nicholas, was arrested on multiple drug charges in Las Vegas earlier this year. Clark County District Attorney Steve Wolfson originally had asked a judge to wait until Election Day to bring charges against Nicholas, and then Tuesday sought additional time to bring the charges. Nicholas has been released without bail the entire time.

Finally, voters approved Question 5, the Automatic Voter Registration initiative, which changes state statute to automatically register eligible Nevadan to vote when they obtain or renew their drivers’ licenses at the DMV. Although no one spent $63 million on it, it’s probably the most consequential measure of the bunch.

All the times Donald Trump has never been a racist