There’s one thing that rich and poor have in common in the U.S. — they both tend to describe themselves as “middle class.”

That might reflect the nation’s historical egalitarian ethos – “all men are created equal,” the 19th century rise of democracy, the faith, however misplaced and vexed, that in the U.S., while everyone is not born filthy rich, everyone has the opportunity to become so.

Or it may reflect a more insidious, and more deliberate, social conditioning. As linguist and social critic Noam Chomsky famously – or infamously, depending on your point of view – said, “We don’t use the term “working class” here (in the U.S.) because it’s a taboo term. You’re supposed to say ‘middle class,’ because it helps diminish the understanding that there’s a class war going on.”

One’s perception on – or side in – a class war notwithstanding, political rhetoric suggests Chomsky may be on to something – candidates for public office always appeal to the middle class, and much less commonly to the working class.

And although surveys have shown more Americans describe themselves as “working class” than did before the Great Recession, a large majority of them still identify as “middle class” – whether they are or not.

Which brings us to Las Vegas, where, at least by one definition, a little more than half of the population is middle class. That is, probably not as many Las Vegans as who would describe themselves as such.

That statistic was one of many flashed up on slide shows last week, as Brookings Mountain West at UNLV launched “Las Vegas and the Middle Class,” a project “exploring public policy initiatives designed to improve the quality of life in the middle class” in the Las Vegas metropolitan area, “and to increase the number of people rising to join its ranks.”

The “public policy initiatives” part is still in the planning stage. The research so far looks promising, though.

For instance, the primary area of employment, the Strip, is geographically centered – one of the most centered employment areas of any city in the U.S., in fact – which makes Las Vegas more physically accessible to employment than most cities.

And because of the relative newness of the city, socio-economic diversity penetrates neighborhoods more than in older cities, where minorities and income groups are more physically segregated. It would be nice to attribute that to virtue, Lang notes, but it would also be wrong. Most of Southern Nevada was developed after the Fair Housing Act of 1968, which outlawed housing discrimination based on race.

Additionally, if also somewhat accidentally, the master-planned community itself – perhaps nothing is more Las Vegas – can be a socio-economic blender. Single-family homes are ringed by apartments, with commercial and retail on the fringe, effectively mixing people with both higher and lower incomes in proximity to jobs.

In other cities, low-income people are much more physically removed from jobs, and from people with higher incomes. The more people are next to one another, the more they network with each other, and the less likely to be “freaking out about the ‘other’,” Lang noted.

But the poverty rate in Southern Nevada has been rising in this century, and in Las Vegas as everywhere, low-income populations concentrate, creating low-income neighborhoods, said Camille Busette, a Brookings Institution Senior Fellow and director of its Race, Prosperity, and Inclusion Initiative.

When poverty concentrates geographically, Busette said, it hinders what can be a key force driving economic mobility: social networking between people and employers, educators, people who are employed in middle-class jobs, etc.

Social networking builds “social capital,” and social capital can be in short supply among low-income communities in Las Vegas, making it more difficult for low-income parents to link children to prosperity – to “create escape velocity” for kids, Busette said.

The Las Vegas area may have less social capital than other cities in the West, along with higher poverty, and lower scores on standardized education tests.

But the proportion of the Las Vegas population that is middle class (classified – by yet another definition – as earners within the middle three quintiles of income) is not dissimilar to that of Phoenix, Denver and Salt Lake City, said Richard Reeves, a Brookings Institution senior fellow and director of Institution’s Future of the Middle Class Initiative.

Southern Nevada’s rate of upward mobility into the middle class is also comparable to those cities, Reeves said.

Higher education produces upward mobility, and sustains middle class lifestyles (assertions that not surprisingly combined to form the underlying theme of an event held at a university to launch a project mounted by a university-based think tank).

Those parental incomes are firmly middle income (by almost any definition), as if bolstering Busette’s observations about the importance of social networking and inter-generational links in launching offspring into the middle class.

A power imbalance though

When the presentations were finished, panelists took questions. UNLV Law School Associate Dean Ruben Garcia, whose expertise is labor law, asked the about the importance of organized labor and labor public policy on social networks and economic mobility.

Thanks to the Culinary Union, organized labor’s penetration in the workforce in Las Vegas is among the highest of any city in the nation.

Lang said the Culinary’s strength, and the accompanying wages and benefits in service sector jobs typically not famous for either, explains why Nevada has education levels comparable to Mississippi or Arkansas but middle class levels comparable to, say, Kansas.

But Las Vegas is a contemporary anomaly. In the 1950s about a third of U.S. workers were unionized. Today, it’s about 11 percent overall, and only less than 7 percent in the private sector.

Nodding to labor’s long-term erosion, Reeves acknowledged that a “power imbalance” between workers and management has hindered wages, job quality, economic mobility and middle class sustainability. But “I’m not sure how big a part unions will play” in restoring balance, Reeves said.

That’s not a novel view – even among some labor leaders. David Rolf, the former SEIU leader in Seattle who spearheaded that area’s successful Fight for $15 campaign, points to structural changes in the economy, including the emergence of the “sharing economy,” and doubts that traditional labor organizing can restore a balance of power between employees and employers. Instead, he calls for a “new social contract” which involves public policy solutions such as the creation of universal and transferable benefits.

Perhaps that will be among the policy initiatives proposed as the Brookings Mountain West project proceeds. Or not.

What about the jobs we’ve already got?

Whatever the proposals, the findings thus far, and the discussion at the end of the panel presentations, combined to underscore not only the barriers to upward mobility and middle class sustainability, but also a persistent flaw in the efforts to remove those barriers.

The Brookings Mountain West project, echoing the “workforce development” emphasis that permeates political and policy discussions about the economy in Nevada and the nation, focuses on moving people up to the middle class — to “good” jobs — through education and job training. The solution, in other words, is to move people out of jobs that aren’t good, and into jobs that are.

That’s a fine and noble aspiration.

But it is a partial solution, at best. No matter how many new, “good” middle class jobs the economy creates, there will still be a substantial portion of people in food service, retail, home care and other working class jobs, because the economy relies on those jobs getting done.

Attempts to train and network those workers into better jobs are laudable. But finer still would be a broader acknowledgment that the jobs we already have, and the people in them, can’t be forgotten. Those jobs, and those people, also should be treated with dignity and respect, especially in terms of pay, benefits and working conditions. Training isn’t going to address that urgent priority. Neither are market forces, which have failed to fix the imbalance of power between labor and capital. The only way to improve the pay and quality of those jobs is through public policy.

You want to see a larger, more stable middle class? First focus on improving the pay and conditions in the jobs — and the workers — we’ve already got. 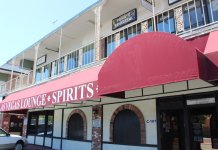 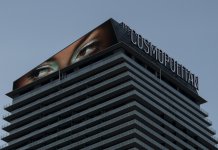 Sorry, Democrats, but you have to put impeachment back on the...