That’s the smallest increase of any state in the nation, according to historical Census Bureau tables. Nationally, median household income (not adjusted for inflation) between 1984 and 2017 rose 174 percent, from $22,415 to $61,372.

When adjusted for inflation, Nevada household income was actually lower in 2017 than it was in 1984, one of only two states to share that distinction. The other was Alaska.

Thanks to its energy industry, Alaska household incomes were already pretty high in the 1980s.

And compared to the nation, so were incomes in Nevada, where a late 20th century boom was kicking into gear.

As the chart above shows, for most of the last quarter century, Nevada median household income — the income at which half of households have more and half have less — consistently outpaced the nation’s. Then the crash came.

In the next several weeks, there will be many stories and packages in the media wherein Gov. Brian Sandoval will heap praise on all who have worked so hard (including himself, of course) to bring Nevada back from the depths of the recession and launch it on a road to miraculous recovery: More people employed than before the recession! Lowest unemployment rate in the whole history of ever! Tesla! Raiders! New Nevada! Etc. etc.

Meanwhile, when inflation is taken into account, incomes haven’t recovered to anywhere near what they were prior to the crash. And they’re smaller than they were in 1984.*

Not Tesla, not Apple, Google, Amazon, Barclay’s nor any of the other countless companies large, small and in-between, to which Nevada has generously granted tax breaks have created the numbers or pay of the jobs that were lost during the crash in construction.

And for all the hype and headlines about techy-techy and manufacturing and economic diversification, that isn’t what Nevada’s recovery has been about.

“Nationwide there are 10 metro areas whose populations grew more than 30 percent since 2000 — almost twice the national average for metros — but whose per capita income grew less than half the U.S. average,” the Pew Charitable Trusts, citing a Federal Reserve Bank analysis, reported this week.

Two of those metros are Las Vegas and Reno.

“Places like Las Vegas and parts of Florida have seen their growth on the back of very low-wage jobs, so in a sense they’re growing poorer as they grow,” Paul Flora of the Federal Reserve Bank of Philadelphia told Pew.

Economists agree that household incomes in Nevada outpaced the nation’s for so many years due to high-paying construction jobs. At the height of boom times, construction accounted for about 12 percent of the state’s workforce. That’s three to four times the typical size of an economy’s construction workforce and (economists also agree) unsustainable. Along with all the other misery and despair and mayhem that it wrought, construction’s collapse also exposed the core of the Nevada economy for what it is, low-paying service sector jobs.

Ah, but the mighty National Football League and its newest, shiniest stadium, built with the assistance of 750 million American dollars lovingly provided by the taxpayers of Nevada, will bring a whole bunch of high-paying construction jobs. Surely that will save the day!

No it won’t and everyone should quit pretending it will. Prior to the crash, Nevada had nearly 150,000 construction jobs. When the industry imploded, two-thirds of those jobs were wiped out. The sector has been recovering, but there are still only about half as many construction jobs as there were before the crash.

If (pfft, as if) the stadium economic projections are true, it will create, at most, less than 11,000 construction jobs. As of October, the project was employing the equivalent of 195 full-time jobs.

And in terms of employment, in terms of the stadium’s and NFL’s jolt to the economy, the stadium’s construction phase is as big as it gets. After that, stadium-related jobs will consist mostly of part-timers making a nickel-ninety-eight selling beer, food, and shirts.

It would be churlish now, one supposes, to note that the Nevada public could have made a much more significant impact on the economy and the people who work in it by throwing 750 million American dollars at something other than Boondoggle Memorial Field. (And no, not by using it all to fund education. Seriously, I’m as in favor of adequately funding education as the next well-meaning do-gooder, but can we please stop pretending that no matter what the question, the answer is education? Jeesh.)

For instance, while temps are selling Official Mark Davis Commemorative Haircut Bowls, or whatever tchotchke is sold at professional football games, one day a week a few weeks out of the year, every day a growing number of Nevadans, predominantly women of color, will be going to a senior citizen’s house to help them do all manner of things, including some that we’d rather not think about.

Personal and home health aides are projected to be the fastest-growing occupation in the nation. The pay, benefits and scheduling in those jobs all tend to be miserable, and for $750 million in room taxes, Nevada, and Clark County specifically, might have shown the rest of the country how to build an efficient and generous elder care system that not only provides excellent service but also fair pay and benefits to this fast-growing and crucial part of the U.S. workforce, boosting area productivity and prosperity in the process.

That’s just one example. Parallel arguments can easily be made for child care, public transportation, mental health, housing, and on and on. Yes, education too! (Seriously, though, have I mentioned that we need to stop assuming education is going to fix everything? Stop. It’s simplistic, wrong, and at worse, a distraction from priorities that are just as or even — gasp! — more urgent.)

But no. We get a footfall field.

This isn’t really about that. The Raiders are just one of the more flashy reflections of Nevada’s relentless policy to give subsidies and tax breaks to every outfit that asks for them, in the name of economic diversity.

Oh look, here’s another bit from the Pew Research piece: “More than two-thirds of Florida’s incentives have been ineffective, costing the state more than the business taxes they produced, the state’s chief economist, Amy Baker, said last year.”

Are you not impressed by the findings of one economist in a single infamously dysfunctional and bizarre state? Fair enough. You’re in luck. There is no shortage of research and analysis exposing the false promise and folly of states lavishing goodies on the private sector in the name of economic development.

Despite — no, because of — the election, there is every reason to assume the Sandovalian policy emphasis on public giveaways to private companies will continue to suck all the oxygen out of any room where Nevada policymakers discuss “the economy.” Polite, highly trained upper-middle class professionals, pom poms aloft, will hold forth about the wonders of “workforce development” and “diversification,” parroting their counterparts in virtually every other state in the nation (incentives may be counterproductive, foolish, corrosive and many other things, but one thing they are not is innovative).

While politicians and their hangers on in the economic development industrial complex sing the praises of an exciting, vibrant economy of the future that as yet exists only in their own heads, structural inequities and the everyday failures of the real economy will be papered over or ignored.

To hear the smart set tell it, we just need to keep granting tax breaks and incentives to the private sector — and of course make sure we convert schools to workforce training facilities — and everything will be fine.

Everything won’t be fine. But we’ll have a football field.

*Note: Why 1984? It was all part of a Twitter thread, mostly about midwestern states, that was brought to my attention.

pulled the census data for those graphs, some mildly surprising results:

Because it mentioned NV, I decided to follow the bread crumbs and play with the Census and Fed data. Obviously, as the median income chart indicates, if you started at a different year — 1985, at one extreme, or 2000, at another, Nevada’s overall income growth would rank differently. But the 1984 starting point seems reasonable compared to the overall chart, and so seems to put the historical structure of Nevada’s economy into a reasonable context. 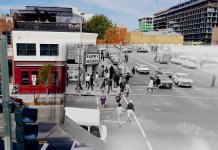 All the times Donald Trump has never been corrupt