Climate change is already costing us money. It’s going to cost us a lot more. Low-income people are the ones who will be hit the hardest. And the impacts — both ecological and economic — will be harsh in sunbelt states like Nevada.

Those are some of the grim conclusions in the Fourth National Climate Assessment. Congress mandated in the 1990s that the U.S. Global Climate Change Research Program release a climate assessment every four years. The Trump administration released the report, prepared with input from scientists at 13 federal agencies, last week, on the Friday after Thanksgiving, prompting critics to claim the administration was hoping the report wouldn’t garner much attention.

Trump himself routinely dismisses the threat of what he has called the climate change “hoax,” and earlier this week he flatly said “I don’t believe” the report. A day later he said that “People like myself, we have very high levels of intelligence but were not necessarily such believers” in climate change or its consequences.

But the Climate Assessment report made it very clear that the planet’s changing climate will continue to inflict costly and damaging consequences.

Scientists who prepared the report concluded “that the evidence of human-caused climate change is overwhelming and continues to strengthen, that the impacts of climate change are intensifying across the country, and that climate-related threats to Americans’ physical, social and economic well-being are rising.”

“Impacts within and across regions will not be distributed equally,” the report states. “People who are already vulnerable, including lower-income and other marginalized communities, have lower capacity to prepare for and cope with extreme weather and climate-related events and are expected to experience greater impacts.”

Climate researcher, Robert Kopp who contributed to the National Climate Assessment, has found in past research that damages from climate change are systematically larger in low-income communities.

“Poorer people in the U.S. tend to be concentrated in warmer areas that are more likely to experience negative impacts from climate change,” Kopp said. “You can think of ways in which spending money reduces your vulnerability, but if you’re poor you can’t spend the money.”

“Without substantial and sustained global mitigation and regional adaptation efforts, climate change is expected to cause growing losses to American infrastructure and property and impede the rate of economic growth over this century,” reads the report.

In hot, desert areas like Southern Nevada, even hotter temperatures will mean increased air conditioning, pressuring demands on the energy infrastructure that can lead not only to higher utility bills but power outages and blackouts.

“These changes strain household budgets, increase people’s exposure to heat, and limit the delivery of medical and social services,” the Climate Assessment explains.

Worsening drought conditions force water reallocation and stricter water use restrictions. Utilities in the southwest have cut back on electricity production from hydropower because of insufficient water levels and flow, the assessment notes.

And of course drought combined with extreme heat increases the risk and intensity of wildfires. And increasingly populated zones where wildlands and urban areas meet means that fires will inflict more and more property destruction and population displacement.

Cities are already subjected to higher temperatures “because of the urban heat island effect,” which is only going to get worse.

“Disruptions to the transportation network during extreme weather events can disproportionately affect low-income people, older adults, people with limited English proficiency, and other vulnerable urban populations. These populations have fewer mobility options, reduced access to healthcare, and reduced economic ability to purchase goods and services to prepare for and recover from events.”

“Urban residents feel economic impacts from food price volatility and the costs of insurance, energy, and water,” the report added.

Economic damage from climate change is larger than its effect on any one industry, said Kopp, who is also a director at the Climate Impact Lab, a collaboration of more than two dozen climate scientists, economists, data scientists, and policy scholars, working to bring big data approaches to the assessment of the economic risks of climate change.

Traffic accidents, influenza hospitalizations, and heart attacks are all more common on hotter days, and across the U.S. climate change will increase the loss of human life to heat-related injuries. In Clark County, heat-related deaths could spike to almost 20 people out of every 100,000, roughly a quadrupling of current fatalities, according to a study on the cost of climate change per U.S. county authored by Kopp.

Clark County could also see an almost 7 percent fall in GDP due to climate change over several decades, according to Kopp’s study.

Links, slopes, and so much more

This isn’t the first time Nevada has been warned of its economic vulnerability to climate change. A separate report several years ago examined the economic impacts of climate change in Nevada specifically, concluding the state largely depends on sectors and systems that are expected to be greatly affected by continued climate change.

“If you look at Nevada, one of the sectors that are really key is tourism,” said Matthias Ruth, a contributor to the that Nevada-specific report, and University of Alberta vice president of research who focuses on environmental economics and policy. “Climate change and associated uncertainty undermine the tourism industry’s ability to make long-term economic decisions,” said Ruth, who also contributed to prior national climate assessments, though he was not a contributor to the report released last week.

Southern Nevada golf courses, which are used by 3 out of every 10 tourists, are major consumers of water, and aridity further threatens their economic viability. Tourists and related parties spend an estimated $1.1 billion annually on golf in Nevada.

Winter recreation accounts for a relatively small portion of Nevada’s overall tourist revenue, but it presents a tangible example of how climate change is already hurting Nevada’s economy.

“As tourists, we tend to go to encounter certain conditions that we like. You might go to Nevada because certain places are warm and in other places you know you can go skiing,” Ruth said. “But what climate change does is it increases the uncertainty around what we historically perceive as the norm.”

It’s not so much the weather conditions of any point in time, it’s the fact that variations around the norm will get larger, and that uncertainty will fundamentally undermine some industries, including travel and tourism. For instance, the predictability of snowfall is less dependable.

“You might have two years of great snowfall then you might have a year of less snowfall of significance and, if that’s the year you booked your flight and hotel that’s the last year you’ll go to Nevada,” said Ruth.

In his research on economic impacts of climate change, Ruth said he’s found that in some states the variation of snowfall is so large, hotels and resorts ski lifts are closing down because businesses aren’t able to reliably depend on snowfall.

Usually, before these resorts shut down, said Ruth, they try to hold on by producing their own snow. But steps to prolong the enterprise ultimately fail due to the high cost and energy required to manufacture snow.

Nevada’s 2018 snowpack is far lower than the historical norms statewide, according to a report by the United States Department of Agriculture. For the 2017-18 ski season, the Diamond Peak ski resort near Reno, Nevada added additional snow guns around the mountain, running up to five.

“Diamond Peak and all ski resorts are very concerned about climate change and the effects it could have on our business, and we’ve taken steps to lessen our own contribution to the problem,” said Paul Raymore, a marketing manager for Diamond Peak Ski Resort. “We’ve also invested heavily in snowmaking systems over the years.”

Raymore said last winter the resort saw less early snowfall and used snowmakers to extend the season. They have upgraded their equipment to be more energy- and water-efficient so as to make as much snow as possible when the conditions are favorable.

While the outlook is grim, Ruth said that these recent reports on climate change show we have not been economic in our use of resources and can be the start of more energy-saving technologies and developments.

“We could think of climate change as a major threat to life and economics as we know it, no doubt about it,” Ruth said. “But if any given state or country is able to get out ahead of this and develop the technology, the lifestyle, the urban planning and other solutions to problems that the rest of the world will also need to grapple with, that in itself is also an economic opportunity.” 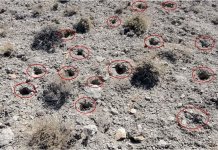 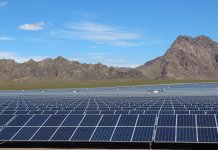 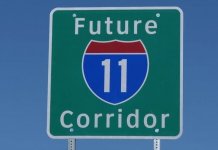