You go to the hospital. You get a bill. Your insurer pays it. Then you find out one or more of the services or treatments was provided by someone who is not covered in your plan. So you get a separate bill — one your insurer doesn’t pay.

Welcome to what the industry calls surprise or balance billing.

Nevada could be one of a handful of states to try to tackle balance billing, the process by which an out-of-network medical provider sends a bill to a patient for the difference between their charges for the service and the amount the insurance plan covers.

Assemblyman Mike Sprinkle, D-Sparks, who chairs the Health and Human Services Committee which has requested legislation to address balanced billing, says he has had several meetings with hospitals, insurance companies and physicians groups to discuss best ways to handle balance billing. “We weren’t able to land on a consensus,” he says.

The measure is still no more than a bill draft request, which is to say it’s just a placeholder for a bill, without specific language. However, Sprinkle says a fundamental part of the legislation will stop balance billing.

In a brief interview after a health care roundtable earlier this month, Governor-elect Steve Sisolak said surprise billing is one of his health care priorities.

“We have people who are being sent a letter in the mail, open it up and fall out of their chair,” he said. “I’ve met with (legislative) leadership to talk about this.”

Some states have enacted laws to protect consumers from balanced billing. “Some prohibit balance billing by providers, others require insurers to hold enrollees harmless from balance billing charges by paying the entire charge if necessary, and some do both,” according to a 2017 report on balance billing from the Center on Health Insurance Reforms at Georgetown University.

States “vary most significantly with respect to how payment disputes are resolved between insurers and providers,” the study said.

Karen Pollitz, a senior fellow at Kaiser Family Foundation, says surprise billing happens more often than people think. Even if they have insurance, certain medical procedures might not be covered.

“An emergency arises, you don’t check to see if you’re in network,” she said.

As one example of the practice, Pollitz described a woman who goes into labor, goes to her pre-selected doctor and hospital, both of whom are in her insurer’s network, but then gets an epidural from a physician who is out of network — and a separate bill that isn’t covered by the mother’s insurance.

Another example: A man who got a post-operation infection and returns to the hospital, which was in-network, for rehab, only to discover the rehab, even though performed at the same hospital, was out of network.

According to the Kaiser Family Foundation, about one in four Americans say they have medical bills they can’t afford to pay.

Pollitz said about 45 percent of people surveyed had bills of less than $2,500, and about 8 percent were more than $10,000. “These aren’t six figure numbers we are talking about,” she said. However, medical bills still “make it harder to pay other bills. You get behind on rent or car payments. The burden of medical bills leads to other barriers like accessing future health care.”

There has been federal legislation proposed to add protections against surprise and balance billing, but those haven’t gotten any traction, which is why some states are taking it on.

At this month’s roundtable attended by Sisolak and about 30 health professionals and experts, a wide variety of health care issues were mentioned, if only briefly, including provider shortages, patient protections and rising medical costs.

There are some health care issues, such barriers to medical licenses or people relying on emergency transportation services for non-emergency health care needs, “we can address relatively quickly,” Sisolak said.

But other proposals will take more convincing.

For instance, Sprinkle says he will again propose legislation that would allow any Nevada resident the option to buy Medicaid through the state’s health insurance marketplace. A version of Sprinkle’s Medicaid for All bill, dubbed “Sprinklecare,” passed in the Legislature in 2017, only to be vetoed by Gov. Brian Sandoval.

“We are seeing so many people with financial problems,” Sprinkle says. “Having more options is a good thing.”

In an Associated Press interview in November, Sisolak said he didn’t believe the state could afford the proposal. When asked about it by Nevada Current, Sisolak wouldn’t confirm if he would support the bill.

“Governor-elect Sisolak is open to hearing any plan that could expand affordable health care for all Nevadans,” Sisolak spokesperson Grigsby Crawford said in a statement. “As he continues his discussions with legislative leadership, they’ll take costs and impact into account and work together to determine the best path forward.”

Sisolak also told the AP he would be interested in studying the issue, but Sprinkle says the bill would do more than just research its effectiveness. “This is to implement the Nevada Care Plan and sign it into law,” he says.

Sprinkle says he hopes to work with Sisolak to explain the benefits of the plan. “I would never want to comment on the thought process (of Sisolak),” Sprinkle says. “I’m extremely excited to work with the governor and his staff to educate him about what we’re bringing forward.”

One population in particular that would benefit from universally available Medicaid, he adds, is rural Nevadans, who currently only have one option to purchase a plan in the Silver State Health Exchange. 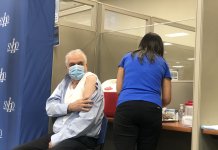 Flu season nears, and Nevada’s at bottom of yet another list: Vaccinations 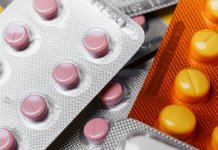 Guest op-ed: A vote for Kavanaugh is a vote against health...