When Democrats take control of the House of Representatives next month, they will craft the agenda that will shape the 2020 election, says Democratic congressman-elect Steven Horsford.

“It is incumbent upon us to bring bold proposals forward to move our country forward,” Horsford says. “Whether the Senate acts on them, whether the president passes them or not, we have to put these ideas forward. I believe they will be passed when we elect a new president in 2020.”

Inside Gritz Cafe near the historic west side, Horsford sat with Nevada Current to discuss his hopes for the next two years and the priorities he and his fellow Democrats will be focusing on.

“I’m going to work even harder to deliver on the issues people care about,” he says. “Health care, gun safety, job creation, student debt, housing, you name it. We have a lot of challenges, but we have to get to work because people are counting on us to deliver for them.”

Things have changed since the last time Horsford was elected to Congress in 2012. Though there is now a Republican president, Democrats are no longer in the minority in the House.

“We get to lead,” he says. “We don’t have to wait for Republicans to allow us” to call hearings or bring legislation up for a vote. “We get to determine that.”

In his prior single term in Congress, which he lost to Republican Cresent Hardy in the red wave of 2014, Horsford served on the committees for Homeland Security, National Resources and the Oversight and Government Reform and Financial Services.

“I do have my seniority, so I’m not going to be treated as a freshman,” he says. “At the moment, I’m looking forward to returning to the (Financial Services) committee.”

“Voters came out in force and spoke really loud and clear that they want to end the chaos and corruption in Washington under this current administration,” Horsford says. “They really want a Congress that will do its job and hold Donald Trump and the administration accountable. We have a constitutional responsibility to do that. Republicans in Congress abdicated that responsibility for the last two years.”

In addition to Robert Mueller’s investigation of Trump and the Russians, “(The president) is under investigation for personal investment, his business, his foundation, his transition team and the inauguration. That’s five different areas under investigation. We have to allow those investigations to be completed. Congress will receive those findings and have the ability to subpoena any individuals we need to get the facts.”

“No one is above the law, including the president.”

It’s not just holding the president accountable for anything related to the Mueller findings. It’s also about holding administration officials accountable. “That includes people like [Education]Secretary [Betsy] DeVos and her rolling back protections on students who tried to improve their lives by getting a degree and were taken advantage of by these for-profit education institutions — though I don’t want to call them institutions.”

After Democrats won a majority of House elections in November, it looked like there might be a challenge to U.S. Rep. Nancy Pelosi returning as Speaker of the House. Horsford says she has earned the votes and he supports her.

“I look forward to getting beyond the leadership question, quite honestly, after Jan. 3 and focusing on the issues important to people,” Horsford says. “Most people (in the district) don’t ask me where we stand on the leadership. They ask me what are we doing about health care in this country and income inequality. Those are the issues they are focused on. That what I want us to get back to focusing on.”

Though Horsford says he hopes the president “will be in jail” in the next two years, he says there are other priorities. “We have to stop focusing on him and focus on the issues,” he says. “The more we make everything about him, the better of a chance he has at remaining president.”

Democrats have already identified one of their first priorities in 2019 — democracy and election laws.

“The first bill we are introducing is about restoring our democracy,” Horsford says. “There are three planks. One is on campaign finance reform and increased transparency so we can see how money is influencing our politics, particularly with the Super PACs. Right now, organizations are not disclosing who is funding them and that really corrupts our politics. The second plank is around corruption and improving ethics at all levels of government — Congress and the executive branch. The third plank is around voting rights and protecting our rights as Americans to have fair elections.”

He adds that Congress must reauthorize the Voting Rights Acts. “Republicans have failed to do this,” he says. “Voting rights used to be something we agreed on regardless of party, and for whatever reason Republicans have decided not to protect voting rights for all individuals.”

He says as a result, there has been disenfranchisement and suppression in Georgia, North Carolina and Florida. “We have to have a fair system for all of us.”

Horsford says one of the top issues he heard on the campaign trail was the lack of affordability in prescription prices.

“Regardless of their economic statues, the region of the district — rural, urban, suburban – and party affiliation, everyone is impacted,” he says. “This is the single driver of health care costs, so if we were able to address the rising costs of live-saving medications, we would be able to see the costs of health care at least not increase.”

His ideas for addressing prescription affordability include making generic medications more accessible and creating a commission to look at market manipulation and see how pharmaceutical companies are setting their prices.

“And also, allow Medicare to be able to negotiate for lower prescription costs, which it’s currently not allowed to do,” he says.

Health care “is a right, not a privilege”

Speaking just days after a federal judge in Texas ruled the Affordable Care Act unconstitutional, Horsford says Congress will be charged with protecting the law.

“We have to make sure the Affordable Care Act, that was enacted and upheld by the Supreme Court, is actually implemented,” he says. “We have to do what we can to prevent (Republicans) from sabotaging it. Too many people with pre-existing conditions, regardless if they have diabetes, heart disease, cancer or asthma … cannot go through the anxiety of not knowing if they are going to have health care coverage.”

He adds that no one should go bankrupt because they are sick or denied access to health care. “It is a right, not a privilege.”

Horsford says we need more affordable and “attainable housing.” “We have to find solutions that work for everyone no matter where they are on the economic rung,” he says. “We need to get more attainable housing, whether people are renting or owning.”

One part of the solution, he says, is improving the public land process and dedicate some of it exclusively for the purpose of developing affordable and attainable housing. “That is something that would uniquely benefit Southern Nevada.”

He also connects it to other issues, such as rising student debt. “We have to address the student debt crisis,” he says. “It is causing a generation of millennials to not be able to pursue owning their first home or be able to even qualify because they have too much student debt, and some have defaulted on their student loans. That all contributes to their inability to qualify for a home.”

Horsford also says predatory lenders should be punished. “Under this administrations, there have been attempts to rollback protections under Dodd-Frank,” he says. “Even though Democrats were able to prevent that, in some regard key provisions of the Consumer Finance Protection Bureau aren’t being implemented to hold big banks accountable.”

Horsford’s mother immigrated to the U.S. from Trinidad, and was undocumented for a period of time before becoming a permanent resident. “So when I hear the voices of many DREAMers, it strikes a chord with me because of what my mom went through,” he says.

Congress should be passing a “clean DREAM Act” he says, which includes a pathway to citizenship. “These are people who are already here in our community,” he says. “They are nurses and teachers in our schools. They serve in our military. They pay taxes. It’s unconscionable we would not provide a pathway to citizenship for DREAMers. Congress needs to make the process clear, streamlined and certain.”

The country also needs comprehensive immigration reform, he adds, including protecting policies that help those fleeing violence from other countries.

“This isn’t just a humanitarian issue … This is good for our economy and for our health care. (Immigrants) would be paying into Medicare and Social Security.”

Horsford’s support for immigration reform doesn’t include funding a border wall, which he says is only being discussed as a result of the president throwing a temper tantrum to energize his base.

“I support increased border protection, and I’ve voted in the past to increase border security not just on the Mexico border, but the northern border at Canada and ports,” he says. “A border wall, and funding it, won’t make us any more safe or address any problems.”

“We don’t have time to lose,” Horsford says.

He says in the last couple years, the United States has “abdicated its global role helping to address climate issues.” But he is already having conversations with incoming members of Congress, such as newly elected Alexandria Ocasio Cortez, about what steps the House can take.

“I’ve talked with her about her proposal (the Green New Deal),” he says. “It’s the type of approach that aligns to my thinking and addresses protections to our environment and infrastructure.”

Horsford’s father died of gun violence, which makes it another priority for him. “We have champions like (U.S.) Rep. Lucy McBath who lost her son to gun violence and basically ran for office to force Congress to act,” he says — McBath’s son Jordan Davis was gunned down in 2012 prompting her on a quest for gun control and racial justice. “I pledge to work with her to bring about gun safety legislation.”

He adds Congress could act on with legislation such as comprehensive background checks, closing the gun show loophole, outlawing bump stocks and restoring the assault weapons ban.

“Pay people a little more of what they are worth”

Horsford supports raising the minimum wage to $15. “Nobody can live on the current minimum wage,” he says. “Families are barely surviving working two or three jobs and not even making ends meet.”

Even though $15 won’t fix everything, it will “pay people a little more of what they are worth.”

Horsford says he has been there. “I know what it means to come home and have an eviction notice or have your light turned off,” he says. “We can’t allow people to live with that kind of stress and anxiety.”

He says the tax bill, which Republicans promised would help working Americans, has only helped CEOs and those with higher incomes.

“We are seeing corporate CEOs making the highest salaries they’ve ever made,” he adds. “Rather than doing what they said they would do and invest in hiring more people and paying them more money, all they did was buy more stock and invest in themselves.”

In addition to increasing the minimum wage, Horsford says there needs to be a holistic approach to addressing income issues such as investing in skills training and education so more people have an opportunity to obtain higher-paying jobs.

He also expects the House to take up legislation to provide child care and paid sick leave. “The first 100 days, we are going to have an aggressive and robust agenda that focuses on families and people, not corporations and the wealthy,” he says.

“We are going to flip the script.” 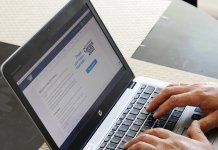 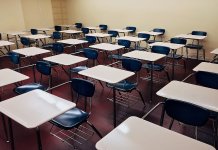