They are too young to drink alcohol, vote, or sometimes, to even drive a car.

In some two dozen states, they are considered victims of child sex exploitation. But in others, including Nevada, “victims” of sex trafficking find themselves in police custody and behind bars.

This schizophrenic approach to an epidemic problem in the U.S. often compounds the damage that’s already been done to vulnerable youth, leaving them wondering if they are survivors of crime or delinquents.

Sex trafficking is defined in federal law as a commercial sex act induced by force, fraud, or coercion. But when the person performing the sex act is under the age of 18, inducement or motivation is irrelevant in the eyes of the law.  States are at risk of losing grant funds from the federal government for failing to expand statutory definitions of child abuse to include sexual exploitation and report cases.

As many as 300,000 children are at risk for sexual exploitation each year in the United States, according to the U.S. Department of Justice.

Las Vegas is designated by the FBI as a high-intensity area for child sex-trafficking and was ranked 11th in the nation for the number of human trafficking cases in 2016.

In Nevada, sexual exploitation is considered child abuse, but only at the hands of a family member or custodial figure.

States are increasingly enacting laws that provide not only services to victims of sex trafficking but also immunity from prosecution – which clears future obstacles to educational opportunities, employment and housing.

“The best practice is to avoid the criminal justice system and manage them through child welfare,” says Dr. Alexis Kennedy, an expert in sex trafficking and exploitation and a member of the Coalition to Prevent the Sexual Exploitation of Children, created by former Gov. Brian Sandoval via executive order.

“Victims of trafficking should be treated like victims, not criminals,” says Saitta.

“I have fought this battle before with prosecutors and judges as people seem to be in denial that children are being arrested for prostitution” as opposed to related charges like minor in a gaming establishment, curfew violation, providing false information to a police officer, says Kennedy. “Part of that is because the juvenile courts amend the prostitution charges to those more minor charges but police are still writing prostitution on the arrest reports.”

Metro investigated 118 cases in 2017 involving adult victims of sex trafficking, meaning the cases involved elements of force, fraud or coercion.  One victim was a male. About half were between the ages of 18 and 24.

By comparison, in 2018 Metro investigated 139 cases involving adult victims of sex trafficking.  All but one were females. Forty percent were between the ages of 18 and 24.

“We’re not ready to talk about it yet because we don’t know the specifics,” said Bailey Bortolin, lobbyist for the state’s legal services organizations.

“I’ve had Attorneys General say they need to be able to arrest children surviving through prostitution because they also commit thefts or assaults. I try to rebut with, then they can be arrested for theft or assault,” says Kennedy.

“To the best of my knowledge, there is no legitimate opposition to decriminalization,” says Saitta. “However, I would note, since we lack resources and services, we need to be careful how we serve these young people.”

“It is the practice of the Clark County Family Court Judge William Voy, who presides over the Girls’ Court Calendar, to dismiss or amend all prostitution- related charges that youth have been arrested for,” wrote Kennedy in an annual bulletin for the CSEC. “Despite a paradigm shift in the recognition of these children as victims, the vast majority are still being arrested under prostitution related charges.”

For more than a decade, Voy has been on a quest to build a facility dedicated to helping the victims of child sex trafficking who appear before him — a place to heal and prepare to succeed “out of the business.”

“I’m completely on board with what he’s doing,” says Justice Saitta.  “There just aren’t the proper resources for housing. We can either lock them up, in which case we’ve failed them.  Or we can get our community to wake up and see there’s a special need for these children or assuredly, we will lose more kids to the horrible side-effects of trafficking.”

Meanwhile, on Wednesday, as Human Trafficking Awareness Month comes to an end, U.S. Sen. Catherine Cortez Masto introduced the Interdiction for the Protection of Child Victims of Exploitation and Human Trafficking Act with Senators John Cornyn and Maggie Hassan.  The bill would expand a successful program created in Texas to the rest of the nation.

“Our bipartisan legislation will direct resources to training police officers to recognize and rescue victims who may be hiding in plain sight,” Cortez Masto said in a news release.

The National Center for Missing and Exploited Youth viewed 18.4 million images in 2018, down from 25 million a year, thanks to a crackdown by U.S.-based search engines.  Demand for these images provides a worldwide market for child sex traffickers.

Buying sex from a child is a felony offense in Nevada, punishable by graduated penalties.

A first offense amounts to a category E felony and a fine of up to $5,000.   A second offense is a category D felony, punishable by one to four years behind bars and a $5,000 fine.  A third offense is a class C felony, which can bring one to five years in prison and a fine up to $10,000.  Judges are prohibited from granting probation or suspending the sentence of someone who solicits sex from a child. 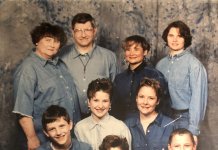 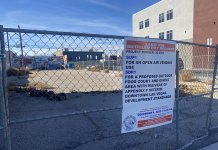 Blaming the victims? The legal quandary of child sex trafficking