The 287(g) agreement allows the Department of Homeland Security to enter into voluntary agreements to authorize local law enforcement agencies to assist in immigration enforcement. In practice, police can detain non-U.S. citizens — even if only pulled over for a traffic stop — until ICE takes custody, which can lead to possible deportation proceedings for undocumented immigrants.

The agreement must be renewed every two years and Metro’s is due for renewal in 2019.

Opposition to the program has grown in recent years, including among lawmakers and public officials.

During the 2017 legislative session, Democratic Sen. Yvanna Cancela introduced Senate Bill 223, in an effort to restrict state or local police from using public resources for the purpose of immigration enforcement. Segerblom, who was the chair of the Judiciary Committee at the time, supported the bill, though it never got a hearing and died in committee.

“Let’s have this debate in public,” Segerblom said, joining activists in a press conference at Metro’s headquarters on Martin Luther King Drive Thursday. “That’s what we’re asking for today, is to have these documents shown so we can start to calculate what the cost is and who’s being deported, and then we can start to go forward in the next several months as a community and debate whether we want to continue this.”

Segerblom argued that the cost of housing detainees should be examined. Ending Metro’s participation in the program could mean the loss of federal grants.

“If that means that we as the county commission need to step up and provide that money, I am willing to support that,” said Segerblom. “We do not want these communities to be fearful of the police, and that’s the current system.”

“How are the city’s resources being utilized?” said Bliss Requa-Trautz the director of Arriba Las Vegas Workers Center. “We have police officers who are doing ICE’s work, and we think these resources are better spent in some other way.  Our Latino families are impacted every day, because of minor tickets, traffic violations.”

Jorge Franco, a member of Arriba who spoke at the press conference said a broken brake light lead to him being placed in an ICE hold for almost a month. Metro refutes his claim and said they have no record of his arrest.

“It’s deeply affecting our lives,” said Franco in his native Spanish. “Instead of protecting our community it’s separating us.”

In Nevada traffic violations are a criminal offense rather than a civil offense, meaning a small infraction like a broken taillight can lead to arrest. The immigrant community contends ICE detainments over small infractions is harming Southern Nevada families.

In public comment of a legislative committee to study the decriminalization of traffic violations last year, Yecenia Moya testified that her sister was incarcerated and placed on an ICE hold, which lead to her being detained for 30 days for driving without a license. During the time she was detained Moya said her sister lost her job and was evicted from her apartment, devastating her life.

Metro Public Information Officer Jay Rivera defended Metro’s 287(g) agreement, saying the current political climate has contributed to misinformation and misunderstanding that has warped the public’s view of the detention policy. He said Metro police officers have not acted as federal immigration officers since the start of their participation in the program 10 years ago.

“We are using this as a tool to combat crime,” Rivera said. “If deportation is the process by which we can have someone removed rather than jailed to keep the community safe then so be it.”

“We have individuals from ICE that are there. They will make the determination of what’s going to happen. At that point it’s not Metro’s decision anymore,” Rivera said.

In their response to the records request, Metro said the information could take 30 days to collect, if not more, depending on the volume of information the request entails.

“It’s going to depend on how long it takes to pick up those documents, if they even exist,” said Metro Public Information Officer Aden Ocampo Gomez. “If there’s a record that’s out there it takes time to look for it. It’s not as simple as pushing a button and here it is we have to find where it is. Does it actually exist? This data that  your asking for, is it actually available? Has there ever been a report made of that? There’s a lot of things that have to be looked into to answer these requests.”

“Everyday communities are suffering at the hands of this program,” said Requa-Trautz. “We don’t have 30 days.” 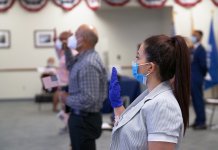