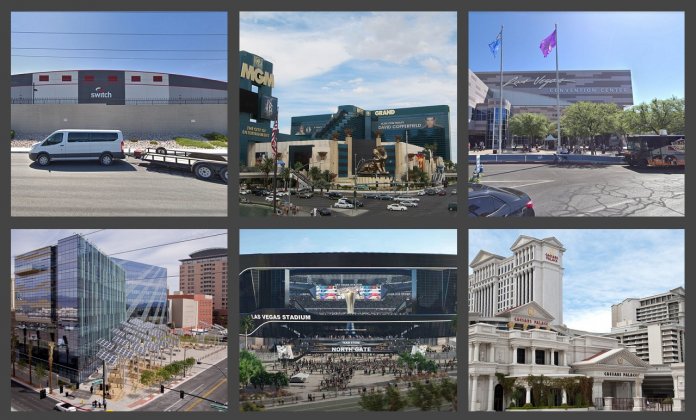 Wednesday, the Las Vegas City Council discussed leaving NV Energy to shop around for cheaper power. The Las Vegas Convention and Visitors Authority has the same idea. As does the Raiders stadium.

Those public and quasi-public (and publicly subsidized) operations follow on the heels of the local giant data warehouse, Switch, and of course resort corporations — MGM, Wynn, Caesars, Station, etc. — who have left NV Energy behind to buy power elsewhere. More corporate customers have filed to do the same.

Big customers that exit NV Energy — let’s call them exiteers — have to pay impact fees, and also ongoing tariffs to NV Energy. They can buy power from somebody other than NV Energy, but it’s still the regulated utility’s job to physically and reliably deliver electricity that exiteers have bought. That takes regularly maintained infrastructure.

So here’s the question: Are fees and tariffs paid by all those exiteers big enough to cover infrastructure and distribution costs, or will residential customers and small businesses get stuck with the tab?

And here’s the answer: Hell if Nevada knows.

“I am not aware of a report that discusses cumulative economic impacts of customers leaving NV Energy,” said Hayley Williamson, an assistant general counsel with the Nevada Public Utilities Commission (PUC).

Neither the PUC, the regulatory agency that signs off on the exits, nor NV Energy could point me to any cumulative research demonstrating that fees and tariffs charged to exiteers will be sufficient to cover NV Energy’s distribution, infrastructure, maintenance and other fixed, non-energy costs.

Whether a casino or a city hall, each departure from the utility is considered only on a case-by-case basis.

That’s not to say there aren’t some hints at the potential impact of big customers leaving NV Energy.

In 2017, Nevada Power (the parent company of NV Energy and Sierra Pacific Power, and in turn a subsidiary of Berkshire Hathaway Energy, or BHE) reported that its margin, the difference between operating revenue and the cost of fuel and energy, fell by $11 million.

The margin reflected $21 million more revenue from impact fees and tariffs paid by exiteers. But that was more than offset by $32 million in lower revenue as a result of exiteers buying power elsewhere.

The ratio was similar in 2018 — margin decreased by $37 million from a year earlier, and while the company received $11 million more revenue from impact fees and tariffs, that was more than offset by $20 million in lower revenue due to companies fleeing the utility.

Leaving the margin aside and instead looking at the utility’s retail revenue provides a glimpse of the potential scale of the problem. In 2017, for instance, NV Energy reported that tariffs and exit fees added $40 million to electric retail revenue, but that was “offset by $114 million from lower commercial and industrial revenue, mainly from customers purchasing energy from alternative energy providers.”*

This exit thing seems to be going a tad upside down for NV Energy, revenue-wise.

A couple figures from a couple years provide merely a snapshot. Customers deserve a comprehensive assessment of what all the exits from NV Energy are going to mean for them. Without study conducted by experts in the field (i.e., not motivational speaker Jeremy Aguero), neither Nevada policymakers — a city council, for instance — nor customers can know how the exodus from NV Energy is going to show up in power bills down the road.

Customers, however, can rest assured that the exiteers are politically powerful to begin with, loaded up with high-dollar rate engineers and attorneys, and among the corporate ranks that account for most of NV Energy’s lost revenue, laden with a fiduciary responsibility to make as much money as they possibly can. If shunting costs to residential customers is in a casino’s financial interest, that’s what a casino will fight to do.

For example, in NV Energy’s 2017 general rate case — the big case that comes up every three years in which rates are set — the utility wanted some exiteers to help pay for the cost of decommissioning the Reid Gardner and Navajo coal-fired electrical generation units. MGM, Caesars and Wynn all argued that they shouldn’t have to pay any additional charge to cover the decommissioning (which had been mandated by the Legislature) because they’d already paid exit fees.

The PUC agreed, and MGM, Caesars and Wynn were let off the hook. The resort giants aren’t covering additional decommissioning costs. You are.

NV Energy’s owner, BHE, is just like the gambling giants: It too is under an obligation to make as much money for shareholders as it possibly can.

NV Energy has been almost sanguine about all the corporations — and the stadium, the LVCVA, the city and other public entities — leaving to shop for power elsewhere. (The company has announced a proposal to sell power to big customers at a discount so as to compete with alternative providers; it’s almost as if even NV Energy wants to leave NV Energy). But the utility seems confident that if it needs more money to keep the lights on at MGM, the PUC will let NV Energy shift costs to residents and small businesses, while NV Energy’s top priority — BHE’s shareholders — are held harmless.

Perhaps the worst-case scenario from the exodus is residential and small business customers pay an extra $5 or $10 or $20 (or more) a month for electricity as public officials (like the city council) tell the world they saved a buck or two and the world’s largest gambling corporations muscle lower power prices out of alternative suppliers while writing off exit fees and tariffs against their taxes, customarily making out like the bandits they are.

But it is exactly the sort of slap upside the heads of working Nevadans that a Democratic governor, a Democratic attorney general and a Democratic Legislature should work to prevent. This sort of thing is why people voted for them.

Big customers are now routinely fleeing NV Energy. Nevada’s policy response? Don’t ask, don’t know. Small customers will very likely get stuck with extra costs. Neither the utility nor the exiteers care. The exodus from NV Energy is way out of control.

*(The same metrics for 2018 aren’t readily apparent in the BHE annual report. BHE financial reports are combined reports for all of BHE’s subsidiaries — and the subsidiary’s subsidiaries. In addition to rendering the report something of a muddle, the combined filing can be stingy with subsidiary operation data, relying on narrative instead of granularly detailed balance sheets).

This piece was updated to include NV Energy’s press release on discount rates for big customers. 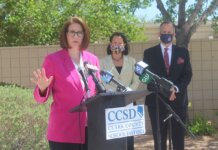