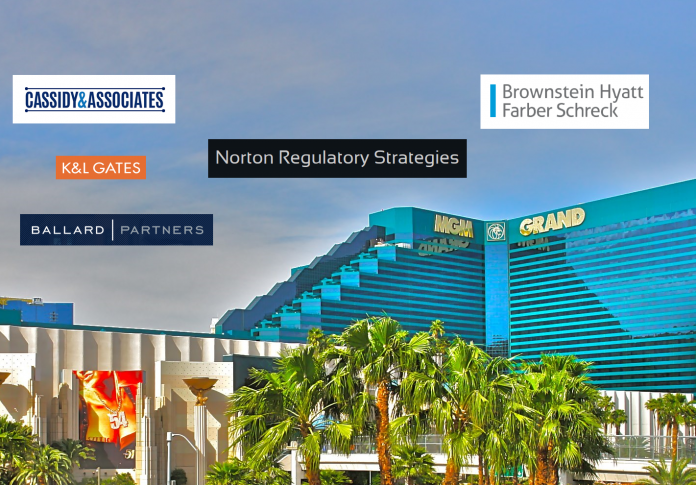 WASHINGTON — MGM has positioned itself as a federal lobbying powerhouse as it seeks to sway Congress and the Trump administration on everything from Yucca Mountain to potential competition.

The Las Vegas-based casino giant has shelled out upwards of $1.5 million in federal lobbying for each of the past two years, after spending less than $600,000 per year for the decade before that, according to data compiled by the Center for Responsive Politics.

That spending increase coincides with MGM beefing up its Washington influence team to include lobbyists with ties to the Trump administration, former aides to Nevada Democratic Sen. Harry Reid and a former Interior Department secretary from the George W. Bush administration.

“They have really boosted their lobbying expenditures in 2017 and 2018 and I suspect will continue to do so this year,” said Craig Holman, who tracks federal lobbying for the government watchdog group Public Citizen. “MGM has realized that government can play a very, very important role in their bottom line.”

MGM’s significant uptick in federal lobbying coincided with President Trump’s move into the White House, when major companies across the country scrambled to sway the new administration on their top priorities. It also came after the Dec. 2016 opening of MGM National Harbor in Maryland and after the Jan. 2015 retirement of Reid, who was long seen as the casino giant’s most formidable ally on Capitol Hill.

In addition to spending $1.9 million to lobby at the federal level in 2018, which Holman called a “very large” amount for a single company, Holman noted that MGM has hired a large number of lobbyists who have previously held government jobs. The Center for Responsive Politics found that 24 out of the 28 MGM lobbyists from 2017 to 2018 were former federal employees.

“They’re putting out a lot of money to tap into this revolving door for influence peddling,” Holman said.

Brian Ballard was a lobbyist in Florida for Trump who later worked on the president’s inaugural committee. Since 2017, he’s lobbied the administration on MGM’s behalf on Indian gaming & expansion policy and on “general government policies and regulations,” according to federal disclosures, which often entail very brief descriptions of lobbying activities.

Brownstein Hyatt Farber Schreck has also been lobbying for MGM since 2017 on issues including nuclear waste storage and tribal gaming. The Denver-based firm registered to lobby for MGM in April 2017. Later that month, Trump announced the nomination of one of that firm’s lobbyists — David Bernhardt — to be deputy secretary of the Interior Department. Bernhardt’s nomination had been expected since early 2017.

Bernhardt and Zinke both met with lobbyists from Ballard Partners while working at Interior, according to reports from Politico and Huffington Post. Those meetings occurred as MGM and its allies attempted to fight American Indian tribes’ plans to expand operations in Connecticut.

One of those Connecticut tribes alleged in court that Zinke illegally bowed to pressure when he blocked the opening of the Connecticut casino, Politico reported in October. The tribes alleged that a pair of Nevada Republicans, then-Sen. Dean Heller and Rep. Mark Amodei, pressured Zinke to stop the Tribes’ casino project, which would have competed with MGM’s Massachusetts casino.

A judge last month allowed the tribe to revive a lawsuit against Zinke in the matter.

Also in MGM’s corner on the Connecticut casino issue is Bush administration Interior Secretary Gale Norton, who registered as a lobbyist for the company in October 2017. She specifically listed on her disclosures that she would be lobbying on the Connecticut tribal gaming issue.

Bernhardt met with Norton — his boss at Interior during the Bush administration —  last October, after she had registered to lobby on behalf of MGM, the Huffington Post reported. But Norton and Bernhardt both described that meeting as a “social visit.”

Holman of Public Citizen suggested that MGM’s higher profile on K Street these days might hurt the company by drawing increased public scrutiny to their influence campaigns. “This may backfire on them,” he said.

MGM and its Washington lobbying firms did not respond to requests for comment. 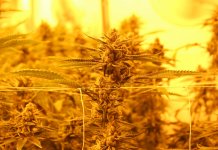 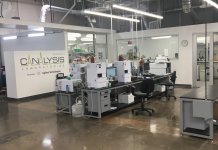 Sisolak’s reviews: Lots of raves, but some wariness too