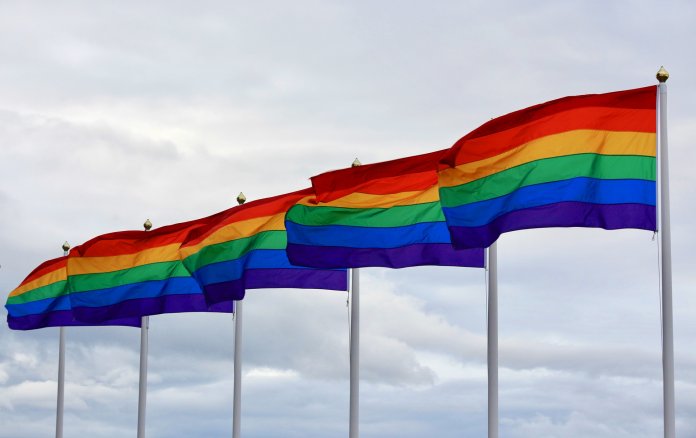 Lawmakers in the state Senate have proposed a bill to ban the so called “gay panic” or “trans panic” defense. If passed, a defendant accused of committing a violent crime would no longer be able to introduce a victim’s sexual orientation or gender identity as a defense.

The bill would prohibit the use of the defense, which attempts to get alleged criminals a lesser sentence or even acquittal by arguing that their violent actions were provoked or justified because their knowledge of the victim’s sexual orientation or gender identity created reasonable fear for their safety or well-being.

While uncommon, such defenses have been used in several high-profile hate crimes of murders of members of the LGBTQ community. One study shows it has surfaced in about half of all U.S. states and has been used with some success.

A case in 2016 resulted in what many advocates saw as a lenient 12-year prison sentence when James Dixon claimed “gay panic” in the murder trial of Islan Nettles, whom he beat to death in New York City after flirting with her and discovering that she was transgender.

California, Rhode Island and Illinois have already banned the defense tactic, but the defense is still theoretically available in federal court. Similar legislation has been introduced in New Jersey, Washington State, Rhode Island, New York, Georgia, Minnesota, Pennsylvania, and the District of Columbia.

The bill, SB 97, was introduced by the Senate Committee on Judiciary on behalf of the Nevada Youth Legislature and states that “alleged state of passion or provocation shall be deemed not to be objectively reasonable if it resulted from the discovery of, knowledge about or potential disclosure of the actual or perceived sexual orientation or gender identity or expression of the victim.”

Supporters called the defense “pseudo-science” that reinforces and institutionalizes prejudice against the LGBT community resulting in baseless sentencing reductions or even acquittals while undermining the legitimacy of criminal prosecutions.

“It’s really targeting gay men and secondly transgender women. Year after year for the last four years we’ve had a record number of transgender women of color who have been murdered,” said Brad Sears, a scholar at the Williams Institute which focuses on LGBT rights, who helped develop the bill. “The value of this bill is for the state to take a stand against this epidemic of violence and to say the state protects LGBT people.”

Among the supporters of the bill was the Human Rights Campaign, Planned Parenthood Votes Nevada, Nevada Coalition to End Domestic and Sexual Violence, the Transgender Allies Group, and other LGBT advocacy groups and religious organizations.

Veronica Melton, the mother of 14-year-old Giovanni Melton who was shot by his father after an argument about the teen’s sexual orientation in Henderson, spoke in favor of the bill.

Giovanni’s father’s “panic defense although it was not verbalized is applicable to his murder and in this situation, there should be no defense for what he did,” Melton said of her son’s case which is still ongoing.

“I pray that no one here ever experiences my heartache visiting my son’s gravesite and walking around in public with a broken heart that makeup can’t hide,” Melton said as her voice cracked. “Please think of my story before you go to bed and if you have kids think of me after you kiss them tonight.”

Giovanni Melton attended high school with Olivia Yamamoto the chair of the Nevada Youth Legislature who presented the bill, and was an inspiration for the bill.

“Giovanni Melton, I wish you were here to see how hard we are working to protect kids just like you,” said Yamamoto, during the hearing.

Some opponents of the ban said that the “gay panic defense” is rarely used and is not a reliable defense argument. All in opposition said that while they support the LGBT community they believe the ban may have an unintended consequence and could negatively affect a defendant’s right to a fair trial and due process by eliminating defense options and their “right to present a defense.”

“Wouldn’t it be to your advantage if they came in and said ‘well I found out he was gay’ to be able to say well that’s not a defense’ let’s keep talking,” said Sen. Melanie Scheible during the floor hearing.

“With all respect, no,” said public defender for Washoe County John Arrascada. “We need to be able as defense attorneys explore all options for our clients and make determinations on what is the quote-unquote best defense to put forward.”

Sen. Dalles Harris said she appreciated county public defenders dedication to preserving “tools” and criminal defense options but that it is the Legislature’s responsibility is to make laws for state courts to interpret.

“I would just like to state that yes it is in fact our intention to remove one of those tools in the same way as we have removed voluntary intoxication” as a defense, Harris said.

“I’m really stretching here to think of a time this may ever, ever be relevant in someone’s claim to mitigate their actions,” Harris said.