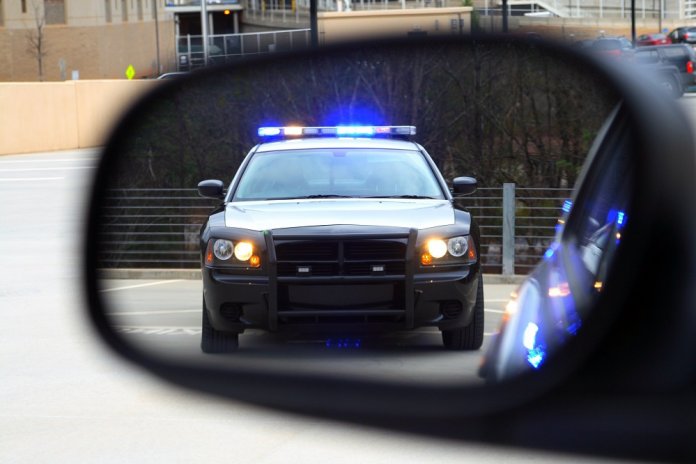 The Las Vegas Metro Police officers who fatally shot Alma Chavez’ 23-year old son, Rafael Olivas, in 2011 weren’t wearing body cameras, as most officers do today.  In fact, Chavez testified before state lawmakers Wednesday that police gathered up pictures of the scene from witnesses and lied about the events that led to the shooting.

“I do not support this legislation because it gives them more rights to lie, to be untouchable.  I was present at the moment of his murder. I saw how they twisted the truth,” Chavez said of legislation that would enhance workplace rights of police and blur their identities in videos.

The Ninth Circuit Court of Appeals upheld the dismissal of a lawsuit Chavez filed against Metro.

“This bill is not intending to undo the really good work that has been done by body cameras, which most are wearing,” testified Senate Majority Leader Nicole Cannizzaro, the sponsor of the measure and a Clark County Deputy District Attorney. “That is certainly not the intent of myself or this bill.”

“A  police officer’s name and photo are confidential unless they are arrested or the officer consents to the release of identity,” said David Roger, the former Clark County District Attorney who now represents the Las Vegas Police Protective Association — the police union.  “All we are seeking to do is redact any identifying information in the officer’s facial recognition. Officers many times work undercover and if that video with their facial recognition is out there, it could endanger them.”

“We adamantly oppose the blurring of faces on body cam video,” Rasmussen said on behalf of the Nevada Attorneys for Criminal Justice. “The concern about vice officers being identified isn’t warranted.”

The measure pitted Metro Police against prosecutor Cannizzaro and the police union.

“Every year the (Las Vegas) Police Protective Association comes to you and tries to whittle away at our rights,” testified Metro lobbyist Chuck Calloway, on behalf of the department. “The fact of the matter is, and I’m speaking to you as a 30-year police officer, but I’m obviously wearing the hat of management — I believe the protection of officers is adequate.”

In addition to requiring the faces of officers be redacted from videos, Senate Bill 242 require police departments make good on back pay to officers who are placed on leave without pay.

Only officers who are indicted or arrested and accused with a crime are placed on leave without pay.

“If he’s eventually exonerated, there’s a much higher burden of proof for criminal cases, and we may still be looking to terminate,” Calloway told lawmakers. “For us to pay back pay when we are trying to terminate is not right.”

“We’d be paying them for time they were unable to work because they were in jail or relieved of duty,” argued Metro’s labor relations representative, Jamie Frost.

Roger told members of the Senate Government Affairs committee the measure seeks to end the practice of transferring officers to other assignments while they are under investigation.

“It appears to me this is saying the department has to put them on relief of duty or leave them in a place that could create a liability for the department,” noted Frost of Metro.  “We’d be wasting resources by keeping them at home.”

“If you have an officer who works in Vice and they are accused of having sex with prostitutes, we can’t keep them there,” observed Calloway, recounting the real-life example of former Vice Detective Christopher Baughman, alleged to have had sex with prostitutes.

Baughman’s wife, Liz Mercer, is Cannizzaro’s colleague in the District Attorney’s office.  Mercer has been implicated in wrongdoing by witnesses who say she coerced then to testify against certain pimps in an effort to protect others.

The measure would give police departments just one year to launch investigations of officers, except in the case of felonies and gross misdemeanors.

“There’s a two year statute of limitations to file a lawsuit,” noted Rasmussen. “One year makes no sense when we could be bringing a new lawsuit with new facts that they (the police department) didn’t know about, potentially, until I file the lawsuit.”

“If an agency believes an officer is deliberately providing false information, the agency has to stop letting the officer do that?” asked Senator Ben Kieckefer.

“Lack of truthfulness during an interview is not a new violation and does not need to be re-noticed,” objected Frost of Metro.

“In my opinion, a lie about the matter that is being investigated is not a new wrongdoing,” said Calloway. “We have to hold folks who make wrong decisions accountable and that’s vital for public trust.”

“Internal investigations strike to the core of establishing public trust and if there’s no confidence in the process, public trust is eroded.  I urge you not to pass in this form,” he said.

“I think it is noteworthy that you’ve heard from management that this bill strikes at the heart of police management to properly supervise their officers,” testified longtime civil rights activist and former director of the ACLU of Nevada, Gary Peck. ““This is a mess and it cannot be fixed by tweaking.”

“A lot of the arguments have been overstated in opposition to this,” Roger said in conclusion, adding compromises will be offered.  “Not everyone will be satisfied.” 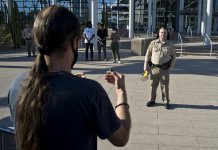 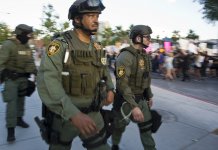 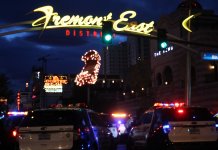