WASHINGTON — President Trump’s pick to become the next head of the Interior Department intends to stop recusing himself from matters involving his former lobbying clients after this summer, the nominee told a key Senate panel.

David Bernhardt — the nominee for Secretary of the U.S. Interior Department who is expected to win confirmation — has come under fire for potential conflicts from his years as a lobbyist for oil and gas, coal, and water interests. He told senators at a confirmation hearing Thursday that he has “implemented an incredibly robust screening process” to guard against conflicts of interest.

That includes following ethics guidelines that require Bernhardt to recuse himself for one to two years from decisions that could affect former clients. But when the requirement for those recusals expire this August, Bernhardt said he plans to brush aside the recusals and take part in the decisions.

“I have a very particular skill set, strength, creativity, judgement,” Bernhardt told the Senate Energy and Natural Resources Committee at a confirmation hearing. “I am basically handcuffed and not in the game for the American people if I am recusing myself, and I don’t think that is really the best strategy.”

The Interior Department manages 500 million acres nationwide, including 48 million acres in Nevada, and is in charge of national parks and forests, protection for endangered species and permits for mining and energy development on federal land.

“Why isn’t the department giving the same level of intensity to cleaner forms of energy development that it is giving to fossil fuels development?” Cortez Masto asked the nominee at Thursday’s hearing.

Cortez Masto was among a group of Democratic senators this week who created a new special committee on climate change.

Earlier this month the U.S. Forest Service denied the Bureau of Land Management’s request to open up the Ruby Mountains for oil and gas leasing. But other parts of Nevada have seen something of an oil and gas leasing boom, with the Interior Department putting hundreds of thousands of acres on the block for lease.

Bernhardt told Cortez Masto he does not intend to have a bias against renewables.

From sage grouse to Connecticut casino, a controversial pick

Bernhardt’s industry ties have generated controversy among environmentalists and watchdog groups since President Trump nominated him last month to lead the natural resources agency. More than 30 environmental groups called on the Senate to block his nomination in a letter sent to the Senate Energy and Natural Resources Committee Thursday. Several environmental activists in polar bear costumes protested outside the Senate building ahead of the hearing.

Bernhardt defended his background on Capitol Hill. He has passed reviews from the Office of Government Ethics and Interior ethics officials and worked to recuse himself from potential conflict.

As a former lobbyist — most recently the head of the Washington, D.C., office of the Denver-based firm, Brownstein Hyatt Farber Schreck — Bernhardt has represented energy companies that sought to expand their reach onto federal lands and sub-surface rights. His clients included energy giants Halliburton and the Independent Petroleum Association of America.

Bernhardt has 27 former clients and employers that could create conflicts with his oversight at Interior, according to his ethics disclosure.

Former clients include the Rosemont Copper Company, which has sought to develop a large open-pit copper mine in Arizona’s Coronado National Forest.

He also represented groups that pushed to loosen some protections for the Greater Sage Grouse, including Safari Club International and the Independent Petroleum Association of America.

Four environmental groups filed a lawsuit against Bernhardt this week against recently-revised plans to manage the greater sage grouse in Nevada and six other western states. The plan would allow more energy and resource development in sage grouse habitat.

Bernhardt and Zinke have also drawn scrutiny for meeting with lobbyists working for MGM as it attempted to fight American Indian tribes’ plans to expand operations in Connecticut. One of those Connecticut tribes alleged in court that Zinke illegally bowed to pressure when he blocked the opening of the Connecticut casino.

Bernhardt has the most potential conflicts of interest of any of President Trump’s 31 cabinet members, according to a recent analysis from the Center for American Progress. The group found that 20 of Bernhardt’s former clients have actively lobbied the Interior Department over the last year.

Supporters say the criticism is unfair, and that Bernhardt benefits from years of knowledge of land use issues from both inside and outside the agency.

“The very qualities that make you qualified are being portrayed by detractors as strikes against you,” said Sen. Cory Gardner (R-Colo.). “Instead of being portrayed as a competent lawyer who represents clients zealously and ably, you are being painted as compromised and in the pockets of industry.”

Despite the controversy surrounding Bernhardt, lawmakers on both sides of the aisle indicated they thought Bernhardt would easily gain Senate approval for the job. The Senate voted 53-43 in 2017 to approve him for the deputy post.

Bernhardt’s predecessor, Ryan Zinke, resigned late last year amid a flurry of ethics probes. Zinke faced at least 15 investigations into ethics complaints that include allegations that he promoted projects for his own political interests and misused taxpayer money. Zinke was cleared in some of the inquiries, but others are ongoing. 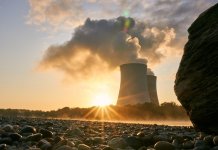 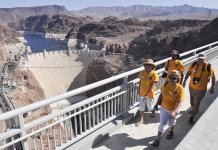