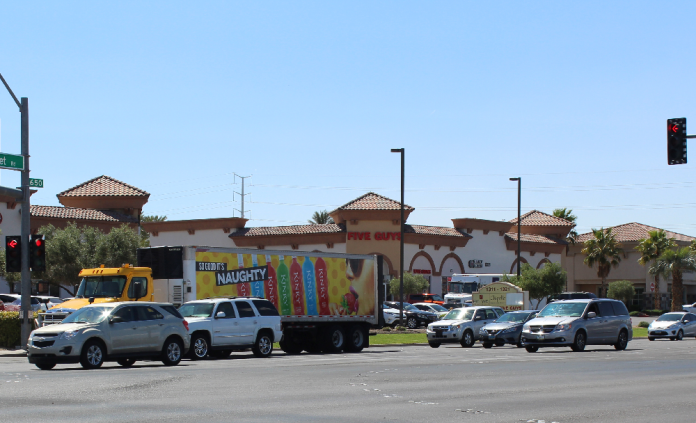 As a public defender with Clark County, John Piro has seen a $400 traffic ticket ruin a client’s life.

Living paycheck to paycheck, like many Americans do, an unpaid infraction for speeding, a broken tail light or improperly changing lanes can begin a downward spiral. The inability to pay the ticket, followed by a failure to appear in court, could quickly turn into a bench warrant.

If arrested and incarcerated, even for a day or two, jail time could mean losing a job, housing or even having children taken away by child protective services.

Piro said it’s a common scenario, and it’s all because Nevada is one of 13 states that makes traffic tickets a criminal offense rather than a civil infraction.

Following recommendations of an interim legislative committee that studied traffic violations, lawmakers began wrestling with legislation that would make changes to the enforcement of traffic offenses.

Assembly Bill 411, which was heard Thursday morning in front of the Assembly Judiciary Committee, would be the most drastic reform by converting the system from criminal to civil — 37 states consider traffic violations civil matters.

“Do we want to be incarcerating Nevada citizens because of a minor traffic infraction?” Yeager asked the committee, which he also chairs. “It might not happen often, but when it does it is disastrous.”

The legislation is intended to change low-level traffic infractions like speeding, driving without a license or having a broken taillight. It wouldn’t apply to serious driving offenses such as driving under the influence or reckless driving.

AB411 also limits the maximum amount for a civil penalty to $250. Current traffic offenses come with up to a $1,000 fine and six months in jail. Speeding 20 miles per hour or more could carry additional fees.

Yeager said this legislation is six years in the making, with failed efforts in the 2013 and 2015 sessions. “In 2017, we approved an interim committee to study this because it is a more complicated issue than what we first believe it to be,” Yeager said.

Kyle George, speaking on behalf of the Attorney General’s office, said the legislation was an important step in addressing issues within the criminal justice system.

Echoing Piro’s story, many in support referenced similar issues of how traffic tickets have the power to upend their lives. Organizers from the ACLU of Nevada, the Progressive Leadership Alliance of Nevada and The Nevada Immigrant Coalition talked about how the system disproportionately impacts people of color and low income communities — one said it can also “be a vehicle for deportation” for undocumented people who are pulled over for minor traffic issues.

Another speaker compared jailing people because they can’t afford to pay pricey tickets — and the fines and fees tacked onto those tickets — to debtor’s prison.

The City of Henderson, the City of Las Vegas and Washoe County were among several local governments opposed to the legislation, citing concerns that it would be too costly to implement. Henderson alone estimated it would cost its court system about $175,000 to make changes to its software.

Opponents also said courts rely on revenue collected from fines and fees, and worried a $250 cap would cut into what they are able to collect. However, Piro argued it is more costly to keep people locked up on traffic offenses compared to how much money the courts recoup.

AB411 is one of several bills that came out the interim legislative committee.

Yeager also presented Assembly Bill 434 during the judiciary committee, which creates a new class of petty misdemeanors for traffic infractions like speeding, running a red light or turning on a red light when it’s prohibited — fines would be limited to a $1,000 fine and/or community service. While there is no initial jail time for petty misdemeanors under the proposed bill, if a person isn’t indigent and simply refuses to pay their fine, they can be incarcerated.

Under current law, Yeager said for each day in jail, a person receives $75 credit against their fine. The bill would increase that to $150.

In March, the committee heard Assembly Bill 110, which would add additional reforms to aid courts in tracking down people with pending court dates and prohibiting the use of bench warrants on parking tickets. The bill would also allow courts to set up a system for people to make a plea by mail or online, either by email or through a website.