With its positive impact on air quality and the environment, solar energy is touted as a benefit for everyone. However, the financial benefits of going green — the reduced or eliminated monthly energy bills, the incentivizing tax credits or government rebates — are typically accessible to a much smaller percentage of the population.

Rooftop solar is largely reserved for people who own a single-family home and have the money or credit score high enough to finance the upfront installation costs. That leaves out nearly half to 70 percent of people across the country, depending on who you ask and how they calculate affordability.

Nevada legislators are attempting to tackle the issue this session with AB 465.

The community solar bill would require the Public Utilities Commission of Nevada to establish regulations for an “expanded solar access program” to be offered by electric utilities. The program would include both utility-scale operations and community-based solar projects that would have to be accessible to low-income customers. It would operate outside of the existing net metering program currently established by state law.

The bill also includes a workforce training component, which would be setup in coordination with Department Employment Training and Rehabilitation.

“This is not your typical expanded solar access program,” said Assemblywoman Daniele Monroe-Moreno, who presented the bill during its hearing in the Assembly Growth and Infrastructure Committee on Tuesday.

Environmental advocacy groups like the Nevada Conservation League, Chispa, Western Resource Advocates and the Sierra Club all expressed their support of the bill.

Chispa Program Director Rudy Zamora noted that as a percentage of their income, low-income households typically pay three times more in monthly energy bills than high-income households, in part because they typically have older, less energy-efficient homes and appliances.

“We believe this bill is headed in the right direction,” added Zamora.

NV Energy, the monopoly energy supplier in the state, and IBEW 1245, the electrical workers union that represents many of their employees, are also supporting the bill.

Jessica Ferrato, a lobbyist for the Solar Energy Industry Association (SEIA), told the committee the association is currently neutral on the bill because it is “still reviewing amendments” introduced Tuesday. She said SEIA supports expansion into low-income communities and workforce development programs, but she noted they prefer community solar programs that also allow developers to offer subscriptions. AB 465 only sets up utility-offered programs.

Nobody testified in opposition of the bill at Tuesday’s hearing.

This is not the first time attempt to tackle the issue of reducing barriers to solar energy. In 2017, the Legislature passed a bill to create a community solar program that people could buy into in order to receive utility credit.

Gov. Brian Sandoval vetoed that bill, citing concerns about the impact of the Energy Choice Initiative (Question 3), which voters had approved by a wide margin the year earlier and most saw as a done deal come 2018. Sandoval also raised concerns the community solar program might conflict with a net metering bill he had signed into law.

This year’s community solar bill takes a markedly different approach to the issue and was developed by an interim committee.

Meanwhile, Sandoval’s successor Steve Sisolak has already showcased a sunnier disposition toward clean energy policy. Last month, he announced Nevada would join the U.S. Climate Alliance, comprised of states committed to fulfilling the objectives of the Paris Climate Agreement despite President Trump’s withdrawal of the United States from the international agreement.

Sisolak also previously stated he would not veto a bill to raise the renewable portfolio standard (RPS), which his predecessor did.

SB 358 seeks to raise the renewable portfolio standard to 50 percent renewable energy by 2030. The current standard is 25 percent by 2025 and not seen by environmental advocates as aggressive enough for one of the sunniest states in the country. The RPS bill was met with little resistance and passed unanimously out of the Senate Growth and Infrastructure committee last week.

Voters last year approved Question 6, the renewable energy initiative, for the first time. However, because it involves amending the state constitution, it would need to be approved by voters twice and is currently slated to appear on the 2020 ballot. SB358 echoes Question 6, effectively speeding up the process. 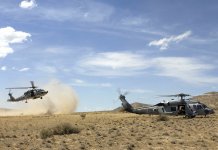 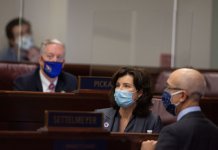 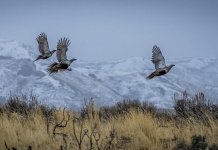 How legislators plan to make solar an option for renters, the poor