WASHINGTON — The U.S. Congress is taking a page out of Nevada’s playbook in the effort to tamp down rising prescription drug prices.

A prescription drug plan that was first put forward in Nevada is gaining traction in Washington as Rep. Steven Horsford pushes legislation that would require drug companies to explain big price jumps in their products.

The proposal won unanimous support earlier this month in the U.S. House Ways and Means Committee, the powerful panel that oversees tax code. Horsford said he expects it to get a vote on the House floor this summer.

“There is bipartisan recognition that this is a problem. We cannot ignore that pharmaceutical companies need to be held accountable,” Horsford told the Nevada Current. “Consumers deserve to know what is really driving up the costs of these medications.”

Nevada was the first state in the nation to require drug companies to report cost increases. Horsford said the state’s landmark 2017 law — which requires insulin-makers to justify large price increases — was part of his impetus to work on the matter in Congress.

The issue has gained traction as some consumers have seen significant price increases for prescriptions they have to keep on hand for long-term health concerns.

Prices for insulin, used to treat diabetes, have gone up roughly 300 percent over the last decade. Other drugs’ prices have also made significant jumps. The price of Epi-Pens, the injection that those with severe allergies have to keep on hand to avoid anaphylaxis, jumped from just over $100 to $400 in 2015 for a dual pack of shots.

The U.S. House Committee on Oversight and Reform launched a wide-ranging investigation on drug prices this year and lawmakers in the House and Senate have put forward a raft of bills on the issue.

Horsford teamed up with New York Republican Tom Reed, a veteran lawmaker, for his contribution, the “SPIKE Act.” It was included as part of a wider-ranging bill in the Ways and Means Committee to address drug prices. It passed the committee handily in a unanimous vote earlier this month.

“One thing is clear, everybody wants a solution,” committee Chairman Richard Neal (D-Mass.) said at the vote on the bill. “This is a meaningful first step to address a critical part of drug pricing process, transparency.”

The SPIKE Act would require manufacturers to report detailed information to the Health and Human Services department if the price of medication exceeds certain thresholds: more than 10 percent or $10,000 over one year, 25 percent or $25,000 over three years, or a launch price higher than $25,000.

Drug manufacturers would have to submit a justification that explains the causes of a price increase or the high launch price.

The issue hits home for both Horsford and Reed. Reed has a son with type 1 diabetes and co-chairs the Diabetes Caucus in Congress. Horsford had a six-way open-heart surgery in 2013 and takes daily heart medication.

“I myself now take several medications and probably will for the rest of my life. I have seen the cost of those medications increase, regardless of insurance or doctor. The constant is that price of medications continues to rise,” said Horsford. “I have constituents with cancer, children with asthma, diabetes, or heart disease that cannot make the choice between buying life-saving medication and paying their bills — that is not a choice people should have to make. “

‘Shine a light’ on prices

Advocates for an overhaul on drug pricing say that getting better information on drug prices is a good first step, but that Congress will need to do more to actually bring down the price of medications.

“The system is totally broken, drug companies are ripping off Americans, every single day people are going into debt or splitting drugs because they can’t afford their medication,” said Ben Wakana, executive director of the advocacy group Patients for Affordable Drugs. “If these two members of Congress can come together and shine a light on price gouging, that is a good step.”

The reasons and responsibility for rising drug prices are complicated. Medication can take years of expensive research to develop, and the pharmaceutical industry also spends heavily on marketing their drugs.

Multiple entities come into play before a consumer pays for medication at the counter: drug companies, insurance companies, hospitals, and the pharmacy benefit managers that negotiate prices on insurers’ behalf.

Drugmakers say the list prices of medication aren’t really the price consumers pay because of frequent rebates. And the profits from drugs do not always go back to the manufacturers because of the rebates that pharmacy benefit managers negotiate on behalf of insurers.

For their part, PhRMA, the powerful trade group representing some of the largest companies in the pharmaceutical industry, agrees patients need better information, but that legislation needs to address the other parts of the puzzle that contribute to the final cost that is passed on to consumers.

Nevada focused on insulin in its 2017 law — in part because diabetes is an increasingly common condition and affects Nevada at rates higher than the national average.

Roughly 281,000 adults living in Nevada — 12 percent of the total population — have one of the two types of diabetes, according to the American Diabetes Association.

People have used insulin injections to treat diabetes for nearly a century, but the drug has been refined and improved significantly over that time. There is not a true “generic” insulin.

Drug companies have introduced newer forms of insulin but with higher price tags. One kind of insulin that cost $17 in 1997 went up to $138 in 2016. The Nevada bill requires drug manufacturers to report more information on those price jumps.

Nevada Democratic state senator Yvanna Cancela pushed for the state legislation in an effort to increase transparency around drug prices. But she said more needs to be done at the federal level to address drug costs.

“The reality is, states’ ability to enact meaningful reform is hindered by federal laws. We need federal action to address the overall problem of drug pricing,” Cancela said in an interview.

The state last month published the first report as a result of the bill. It found that drug manufacturers earned an average of $1.58 in profit for every $1 they spent on production and administration– but wide variability on the profitability of different drugs.

PhRMA and other manufacturers initially filed lawsuits against the requirements but eventually dropped them when the state changed some of the reporting requirements. 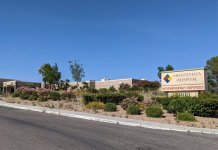 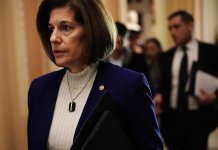 CARES Act left some immigrants behind; Cortez Masto pushing to fix that

The Census still matters, especially for communities who need access to...