The teachers have spoken: They are prepared to strike.

In an email sent Sunday, the Clark County Education Association announced its members have authorized a strike, which could happen at the beginning of the next school year. The call of a strike will be dependent on whether the Nevada Legislature and the Clark County School District come up with the money to honor educator raises and classroom resources, or whether the 2019-2020 school year is poised to begin with a budget shortfall that freezes salaries and negatively affects class sizes, staff levels and students.

According to the email, the union members voted by a 78 percent margin to authorize a strike.

In a prepared statement, CCEA President Vikki Courtney said: “We are hopeful that the Governor and Democrats and Republicans will work to ensure our students and educators receive the adequate funding we need in our schools now. Educators are at the tipping point and will not start another school year with larger class sizes, fewer resources, and another salary freeze. If funds reach our schools and educators, there will be no strike. If not, then we will be forced to strike until those funds are secured.”

The result of the vote, which took place online over a five-day period ending late Saturday night, puts additional pressure on the Legislature to address major education issues. A much anticipated bill to revamp the decades-old K-12 funding formula has yet to be introduced. CCSD has indicated it needs more than $100 million in additional funds to be able to give teachers an expected salary raise and maintain current per-pupil funding levels.

Only three full weeks of the legislative session remain.

The current school year ends May 24.

CCSD is the fifth largest school district in the country. It employs more than 18,000 licensed educators and thousands more administrators, licensed personnel and support staff. Approximately 320,000 students are enrolled within CCSD’s more than 300 schools.

CCEA is the collective bargaining agent for CCSD teachers and has approximately 11,000 members. Only union members were eligible to vote for the strike authorization. According to the email, approximately 5,000 members participated in the vote.

If a strike comes to fruition, it would be the first teacher’s strike since 1969. That year, educators went on strike to fight for collective bargaining rights. 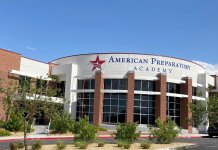 LV charter school alleges it paid $1.6m to Utah management company ‘for nothing’ 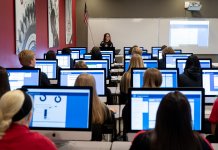 Online schools take another hit as charter board votes to shutter...