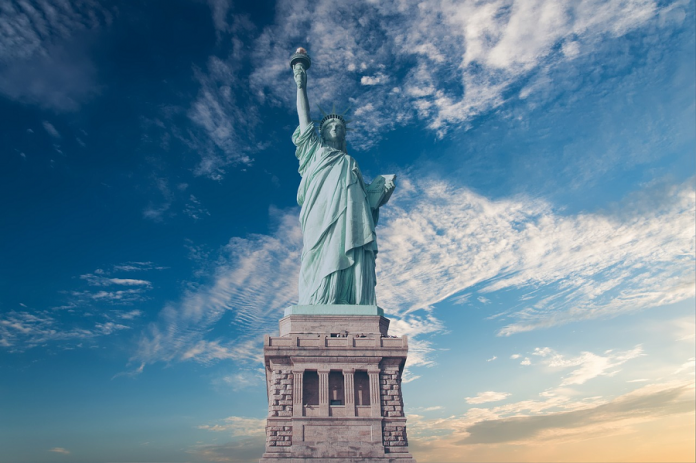 An estimated 21 percent of Nevadans are immigrants, up from less than 9 percent in 1990. New Nevadans face a variety of challenges, including identifying and gaining access to economic opportunities, which is why Nevada is looking to create an “Office for New Americans” to help break down barriers.

Gov. Steve Sisolak called for creating the office to help immigrants “navigate government services, build new businesses, and let them know that they are welcome here,” during his State of the State speech in January.

While Sisolak already allocated about $400,000 in his budget for fiscal years 2020 and 2021, the long-awaited proposal, Senate Bill 538, didn’t have its first hearing until Monday.

“Sadly, many immigrants face bureaucratic barriers and a convoluted web of regulations and red tape that can hinder their ability to achieve their full potential,” Sisolak said in a statement prior to the hearing. “My Office for New Americans is designed to break down those barriers to success, empower new and aspiring Americans to be economically self-sufficient, and allow them to continue being assets to our state’s economic growth – all while promoting their important contributions to our state’s past, present, and future.”

If the legislation passes, the Office of New Americans would serve as a hub for refugee and immigration services throughout the state and a resource for other agencies and nonprofits that serve immigrants. Sisolak would appoint a director to oversee its functions.

“The intent is to serve all Nevadans regardless of their legal status,” said Francisco Morales, the director of public affairs and community relations for the governor.

Morales added people often come to the United States with degrees and professional credentials from their home countries. However, the process of getting those licenses and degrees converted means they can no longer work in those professions and settle for lower-wage jobs.

The office would create online resources to help immigrants obtain professional and occupational licenses. “This would empower them to climb the economic ladder,” Morales said.

The creation of the office was supported at Monday’s hearing by lobbyists for the resort, hospital and other industries. Multiple advocacy groups, including Make the Road Nevada, the Progressive Leadership Alliance of Nevada and Battle Born Progress also support the initiative.

Some speakers told lawmakers about the personal experiences of their families immigrating to the United States and the struggles they faced, including a climate of inaccurate information and perceptions.

While the office doesn’t make documentation a requirement for immigrants seeking help, the measure’s opponents complained that undocumented immigrants would receive help.

Opponents used information from groups like the Center for Immigration Studies and the Federation for American Immigration Reform — both which have been identified as extremist groups by the Southern Poverty Law Center — to oppose the bill.

Democratic state Sen. Melanie Scheible, vice chair of the Senate Committee on Government Affairs, pushed back against many of the claims, as well as anti-immigrant and racist rhetoric that laced the hearing, included broad accusations that immigrants are rapists and murderers.

Opponents repeatedly said Nevada should focus on providing services for veterans, funding education, or focusing on food and housing insecurity. Scheible pointed out immigrants, including documented ones, rely on many of those services as well.

The bill’s critics also argued the proposed office would duplicate services provided by other nonprofits. The legislation calls for examining policies and programs relating to immigrants to avoid no duplication. 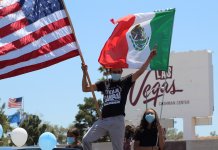 Excluded from CARES Act, immigrant families call for state to step up