For decades, anti-nuclear protesters have demonstrated on Mother’s Day near the entrance to what used to be called the Nevada Test Site.

The Western Shoshone National Council used this year’s demonstration to focus on the Trump administration’s efforts to restart operations at the Yucca Mountain Nuclear Waste Repository.

Last year, the Trump administration requested $150 million to restart the Yucca Mountain project and the Nuclear Regulatory Commission’s licensing proceeding, but Congress did not appropriate the money. This year, the administration asked for nearly $170 million to fund its revival. Senators Catherine Cortez Masto and Jacky Rosen have pushed for legislation to block the project at Yucca Mountain.

Over the last several decades, Western Shoshone tribes have been exposed to low-level doses of radiation from a variety of different sources, Bobb said.

In addition to the threat posed over the years from power plant wastes, he says his community has also been exposed to radiation from the test site, which is located on traditional Shoshone land. The test site was used by the U.S. and Britain to test nuclear weapons from the 1950s until the 1990s.

“Even at my reservation and territory over there, the native people when they moved around their cattle and horses, they seen that nuclear explosion from there,” Bobb said of the old bomb tests done on the land. “In Las Vegas it lit up, but our elders seen it less than 80 miles from the reservation.”

Western Shoshone people have long lead grassroots environmental movements against shipping waste to Yucca Mountain. The group’s resistance against the project was spearheaded in large part by Corbin Harney, an elder and leader of the Western Shoshone people, who died of cancer in 2007. Harney created the Shundahai Network, and was internationally known as an anti-nuclear activist and indigenous rights champion.

The Western Shoshone have relied on a number of mobilization tactics in the past to amplify their message. These tactics included speaking tours, use of lawsuits and court cases, media activism, public campaigns and protest marches.

“Our elders who are sick now and the ones who passed on, they told the story, and that’s where I come in to tell the story,” Bobb said.

Tribes have been able to stay focused on the nuclear waste issue over many years, despite barriers and obstacles, The resistance, Bobb said, is driven by the Western Shoshone’s strong connection to the land and their ability to pass on their values and beliefs to future generations.

Young people “will carry our prayers long after,” said Bobb, patting the head of his granddaughter, a small girl in a pink dress and brown boots. “My kids will take care of that for me,” he laughed.

To the Western Shoshone and other tribes Yucca Mountain has traditional value. The tribes consider the entire Yucca Mountain area and surrounding lands to be part of a seamless landscape.  They have lived in this area for hundreds of years and it is closely linked to their cultural identity.

In the 1800’s, the Western Shoshone agreed to let settlers travel across their land, and the U.S. government agreed to pay for the access in the Treaty of Ruby Valley. Unlike other treaties, no land was ceded to the government.  But as with virtually all U.S.-tribal treaties, the terms were widely ignored. Over time, much of the traditional Western Shoshone land was taken over by the government for military use.

Federal agencies, including the Bureau of Land Management, Forest and Park Services, Fish and Wildlife Service Service, the old Atomic Energy Commission, the Department of Energy, and the Department of Defense, now have control over nearly all Shoshone land.

“Western Shoshone treaty land is now public land. They ignore our treaty. There is nothing in there that ceded the land,” said Mary Gibson a native activist and a member of the Te-Moak Tribe of Western Shoshone.

When Gibson was a young girl her grandmother was heavily involved in resistance movements, often speaking about the treaty.

She recalls sneaking in and hiding under their kitchen table in an effort to eavesdrop on the elder’s conversations after her grandmother sent her out of the house during these meetings.

“That’s what I heard growing up, my grandmother talking about the treaty,” Gibson said. “About the land, about how important it is and that we can’t just let it go.”

“This is our territory,” she said. “We did not allow this world’s poisons in that mountain, which is alive,” she said. “That mountain has provided life not only for humans but for the creatures that crawl, for those with four legs, for the snakes that slither. We can not leave it to die. It isn’t a wasteland.”

“This is our relative right here,” she said as she touched a shrub with small white flowers, “This is our grandfathers,” she said, brushing her hand across the rubble on the ground.

“You can’t tell me this thing’s not alive just because it’s not human with bones,” Gibson said. “We can’t separate ourselves from the land because it is us.” 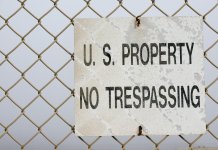 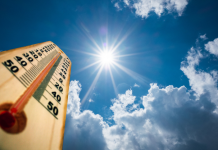