Lawmakers have a big decision to make this week on water policy.

Will they pass a bill that could make it substantially easier to siphon water away from lands that my people have called home for thousands of years? Or will they stop Assembly Bill 30, a bill that could ultimately threaten Shoshone religious and ceremonial sites, from moving any further?

I hope they choose the latter and other indigenous communities throughout the state agree.
The legislation will erode the fundamental tenets of Nevada water law and give the Nevada
State Engineer expanded abilities to grant large-scale appropriations of groundwater that could facilitate projects like the Las Vegas Pipeline.

Any effort to hack away at the current safeguards in our law is opening a window for state
regulators to approve the Southern Nevada Water Authority’s $15.5 billion, 300-mile pipeline
to send 58 billion gallons of water from Eastern Nevada to Las Vegas annually.

Government officials from the Department of Conservation and Natural Resources and SNWA
will gripe at that assessment. But we cannot forget that they are the same ones who are
currently advocating for the pipeline in a lawsuit in the Seventh Judicial District Court. We
cannot forget that throughout the pipeline’s 30-year battle they have lost in court on multiple
occasions because of illegal actions they have taken to shove this project down our throats.

My tribe and others like the Ely Shoshone and Duckwater Shoshone have been fighting the
pipeline for decades in the courts, the Legislature, and on the ground. We know when a proposal like AB30 imperils our heritage, our resources, and our future.

The contents around the latest pipeline lawsuit and AB30 regard a water policy known as
Monitoring, Management, and Mitigation (3M). The nexus between the bill and pipeline
demonstrates the indisputable fact that the wrong decision on AB30 could have dire
consequences.

One of the tenets in our battle is the effort to protect what many call the Swamp Cedars, which is known as Bahsahwahbee in our native language.

The site is in Eastern Nevada’s Spring Valley and is an area of significant spiritual and
ceremonial value to Shoshone communities. It was also home to three massacres of my people during the mid-to-late 19th Century and is on the National Register of Historic Places to serve as a reminder of the price my people paid for western expansion.

The Swamp Cedars, also known as Rocky Mountain Junipers, are biologic anomalies for the
region and each one represents a life lost during those days of colonization in the United States.

Unfortunately for the Swamp Cedars, the pipeline would chart its course close by and
catastrophically affect my people’s ability to receive the spiritual healing medicine that
Bahsahwahbee provides.

One of the solutions proposed by the SNWA to protect the Swamp Cedars is using a 3M plan.
But in reality, as we argue in court, the 3M plans would do little to mitigate the adverse effects on the site but pave the way for an entity like the SNWA to destroy the swamp cedars anyways.

You see, 3M is shorthand for entities like SNWA to get MORE, MORE, MORE water that they
currently cannot get under the law.

If we enshrine 3M via AB30 we will be giving entities a playbook for more water grabs across
the state –– not just the SNWA’s.

Anyone who claims to be a protector of our natural resources will oppose AB30. We need
leaders who will kill this bill. Not the Swamp Cedars. 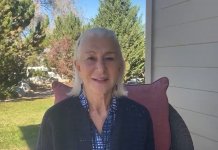 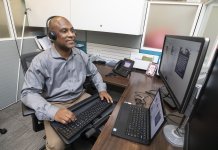 Delegation must not carry SNWA’s water for Las Vegas pipeline