Throughout the session, lawmakers, housing justice organizers, home builders and the real estate industry all agreed Nevada has an affordable housing crisis.

When considering how to fix the state’s lack of available units, as well as obstacles faced by renters, many are left wondering if the concerns raised by developers and Realtors were given priority over low-wage workers struggling to find affordable places to live.

Lawmakers’ dedication to solving the state’s problem recently came into question with the death of Senate Bill 398, which enabled language that allowed — not mandated — counties and city governments to consider policies like inclusionary zoning or rent control as a response to the housing crisis.

“We’ve been hearing special interest groups were really leaning on some (Democratic) leadership and got the bill pulled,” said J.D. Klippenstein, the executive director of ACTIONN, a Reno-based advocacy group focusing on housing issues. “It’s unfortunate because it is just clarifying legislation.”

After passing the Senate 15-6 and then passing out of the Committee on Government Affairs, it was pulled from the Assembly floor Thursday and placed on the chief clerk’s desk where it died without explanation.

Attempts to reach Assembly leadership about who pulled the bill and why were unsuccessful.

LaLo Montoya, the political director of Make the Road Nevada, said the legislation should have been an easy decision since it just opened the door for municipalities to address housing issues.

“It worries me that if they can’t take the simplest approach now, they won’t be able to pass stronger legislation in the future,” he said. “To let (SB398) die says who (lawmakers) are listening to, and it’s not hard-working families.”

Klippenstein, along with other organizers, still hope Senate Bill 448, which provides $10 million in transferable tax credits for developers to build low-income and affordable housing, will pass.

However, supporters were becoming increasingly concerned since the tax credits would cost the state money, legislators may prefer to spend elsewhere. The legislation unanimously passed the Senate but languished in the Assembly Committee on Ways and Means.

“If SB 448 doesn’t get through, it’s the final nail in the coffin and shows maybe we don’t have the right leaders in place,” Klippenstein said last week.

The bill finally got its hearing Tuesday morning, and the committee passed it out unanimously.

For years, organizations such as the National Low Income Housing Coalition have ranked Nevada as the worst in the nation for affordable housing, a crisis that state and local lawmakers have acknowledged time and time again.

According to the NLIHC, there are only 38 affordable homes available for every 100 needed for those who are earning about 50 percent of the area median income.

“In the state, an hourly rate worker needs to make $18 an hour to afford a market rate apartment,” state Sen. Julia Ratti said during an Assembly Committee on Government Affairs hearing in April. “You all know the conversations we’re having about minimum wage and what the dollar amount looks like. So let that sink in.”

For extremely low income, or household incomes that are at or below the poverty guideline or 30 percent of their area median income, it’s even more dismal —  there are only 19 homes for every 100 needed.

Not meeting the housing needs is driving Nevada’s homeless problem, Ratti added. “Our homeless problem is spiking for no other reason than financial,” she said. “People just can’t afford to find a place to live.”

In 2018, an interim legislative session began studying the state’s affordable housing crisis in order to come up with what Ratti referred to as a packet of solutions. In addition to SB 448, and SB 398, other legislation was proposed:

SB398, which also clarifies language that allows builders who don’t want to incorporate affordable housing into their communities the option of paying “in lieu of fees,” received the most pushback.

Republican lawmakers said they were “uncomfortable” by what the legislation does.

“We should all be uncomfortable, but not necessarily because we are considering allowing local governments the discretion to make the decisions they need to make,” Ratti countered. “Because too many of our residents right now are homeless, are rent-burdened or are couch-surfing.”

Some have noted that legislation supported by home builders and real estate organizations, sailed through the Legislature. SB 103, for example, received overwhelming support from developers and Chambers of Commerce, and was passed unanimously by the Senate and 36-4 by the Assembly. It’s headed to the governor’s desk for a signature.

It wasn’t always a shoe-in.

When Ratti first introduced the legislation, it had a conceptual amendment that would have allowed municipalities the option to use inclusionary zoning or rent control — she later withdrew that amendment and drafted SB398 instead.

Trying to take a holistic approach to housing, legislation also looked at the eviction process and tenants rights. Because there is a lack of low-income and affordable housing, landlords can take advantage of tenants by applying unreasonable late fees.

Senate Bill 256, which Ratti co-sponsored with primary backer Sen. Yvanna Cancela, prevented a landlord from applying rent payment to outstanding fees. When a landlord does this, it means rent is technically unpaid and a tenant could face eviction.

The legislation would have also required landlords to return security deposits in less than three weeks opposed to 30 days under the current law.

Similarly to the affordable housing bills getting pushback from developers, SB 256 was opposed heavily by Realtors, who called the legislation a “slap in the face.” Subsequently, the legislation died.

Attempts to reach Ratti for this story were unsuccessful.

If lawmakers are going to fix housing issues, Klippersten said they are going to have to consider policies that will make powerful interests uncomfortable. “To think you can solve this with an easy solution or policy is naive,” he said.

Moving forward, both Klippersten and Montoya emphasized the importance of not only educating elected officials about the need for better housing policies, but also holding them accountable for their actions during the session.

“Them not taking bold leadership is going to hurt them politically,” Montoya added.

This story was updated to reflect passage of SB 448. 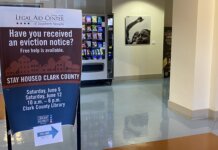