The transportation sector is one of the top pollutants in Nevada. Las Vegas sits in the only air basin in the state that does not meet the Environmental Protection Agency’s air quality standards, which state regulators say is largely due to transportation sectors emissions. And a bill to electrify school buses is a key step to reducing those carbon emissions, advocates say.

The bill, SB299, signed by Gov. Steve Sisolak May 23, would allow funds from the Electric Vehicle Infrastructure Demonstration (EVID) program to be used by school districts to cover up to 75 percent of the up front cost of electric school buses and related charging infrastructure. The goal is to get about 10 to 12 electric school buses on the road in an effort to collect enough data on the health and economic benefits of electric transportation to justify more fleet replacements.

“Electric buses can bring our schools and state huge savings down the road – not just for our bank accounts, but for the health of our children and environment,” Sisolak said at a signing ceremony attended by representatives of groups who advocated for the legislation.

Now the question is whether there will be much money to buy buses and build charging stations.

A rough estimate by policy advocates say the implementation of the plan would cost somewhere between $3 million to $4 million. The cost of buses is estimated between $200,000 to $400,000, per bus depending on the model and company selected.

EVID is funded by NV Energy customers, via a fraction of a percent ratepayers are charged per kilowatt hour, and is administered by NV Energy. The program has $15 million, of which $8.7 million has already been allocated, about half of it to electrify Nevada’s highways with charging stations, and the rest used to subsidize and promote home and business charging stations.

That leaves a little more than $6 million.

That would be enough to kick-start the electric school bus plan, but other programs also have claims to EVID money, and advocates are worried the bus program could come up short.

Shortly after legislators passed the bill, Chispa Nevada, Western Resources Advocates, Southwest Energy Efficiency Project, the Sierra Club and a several other advocacy groups sent a letter to the Public Utilities Commission of Nevada “to urge you to preserve funds within the Electric Vehicle Infrastructure Demonstration (EVID) program to coincide with the intent of Senate Bill 299.”

The worry isn’t unfounded. Organizations —from the Governor’s Office of Energy to Tesla— have eyed the funds from the EVID program for a number of other projects.

On April 16 the Assembly unanimously passed SB 299, but about a week later the Governor’s Office of Energy filed a motion to reallocate as much as $5 million of EVID funds to the statutorily mandated Low Income Solar Energy Project (LISEP), which funds solar panels for low-income households.

That would leave only $2 million for several other projects that have applications in for EVID.

“The GOE has and does continue to support the EVID program,” wrote the office in testimony at the time. “Unfortunately, with the dwindling Clean Energy Program Funds, the EVID funds … were solely set aside as a discretionary measure, rather than a statutory directive. Thus it is currently the only source of available funding to meet the statutory directive to fund the LISEP program.”

LISEP was created in 2013 as a pilot program through Assembly Bill 438 and was made permanent with Senate Bill 145 in 2017, rendering its funding a statutory requirement.

Unless funds are found to support LISEP, the program will cease on June 30, 2019. More than 1,000 lower income households throughout the state have benefited from the LISEP program as well as numerous non-profits and a number of Title 1 public schools.

Several parties, including the state Public Utilities Commission, objected to the GOE’s plan to use EVID funds, which are specifically meant for electric vehicles and charging stations, for solar projects.

The PUC, which monitors the EVID program, pushed back aggressively against GOE’s plan. In a May 6 response, PUC staff said the governor’s energy office filing had violated confidentiality of settlement negotiations, and the office’s request to redirect money “ignores the plain meaning” of state statutes.

PUC staff recommended the GOE’s motion be held in abeyance, and also that sanctions against the GOE’s office be considered for violating confidentiality.

The governor’s office withdrew its motion to reallocate funds, and say they do not intend to submit another motion.

“We will wait to review the PUCN’s ruling and will abide by the presiding officers ruling. We will evaluate possible next steps for the LISEP program at that time,” wrote Jennifer Taylor, the governor’s deputy director for intergovernmental relations, in an email. As of now LISEP has not found alternative funding.

“We believed that equity called for a discussion of reallocation from the EVID regulatory set-aside to the statutory funding required for LISEP,” said Taylor.

While Tesla is not eligible for EVID funds at present, due to the fact that Tesla charging stations can only be used on Tesla models, the company has repeatedly argued they should be eligible for charging station funds from EVID because they have more than half the electric vehicle market.

“If you’re not going to build a plug that any electric vehicle can use you shouldn’t be eligible for ratepayer funding,” said Matt Frommer, senior transportation associate at the Southwest Energy Efficiency Project, which focuses clean transportation policy and advocacy.

“To be honest $15 million isn’t that much in the grand scheme of things,” Frommer said.”That’s why we’d like to see a pilot program launched in 2019 and as soon as possible.”

“They have direction from the state to launch this investment in electric school buses. So there’s no reason they couldn’t start the program this year,” Frommer said.

The EVID program is a three-year program and will likely end in 2021, making funding the electric school buses a race against time and potentially dwindling funds.

“The next step is to have advocacy groups reach out to school districts to work with the utility and try to get projects underway quickly,” said Tom Polikalas a Nevada Representative for the Southwest Energy Efficiency Project. “We are highly motivated to see these electric school buses put into place as quick as possible.”

Solar gets all the attention, but…

The Clark County Department of Air Quality lists one basin in Nevada as an “ozone marginal nonattainment area,” meaning it does not meet EPA national ambient air quality standards for ozone.

That basin is home to the Las Vegas Metropolitan Area, where 7 out of 10 Nevadan’s live.

“A lot of that ozone is caused by interstate transport from California,” said Greg Lovato, the administrator of the Nevada Division of Environmental Protection. “Health effects for ozone include asthma and a number of other ailments.”

Lovato said the most concrete action that can be taken to improve the basin’s air quality is “for federal vehicle admission standards to continue to be lowered.”

“Regulation of emissions from mobile sources is the key,” Lovato said.

The EPA listed the transportation sector as the greatest source of greenhouse gas emissions. Part of their recommendation for reducing emissions from transportation include developing “advanced vehicle technologies such as hybrid vehicles and electric vehicles.”

Advocates see SB 299 as a tangible real world solution for air pollution and demonstrating the potential for full transition to electric transportation.

“Here in Nevada we see that 1 in 12 children suffer from asthma and we see that over 181,000 students ride the school bus across the state,” said Zamora, the program director of Chispa Nevada. “This is a great opportunity for Nevada to transition and start that pilot program to ensure we have better air quality.”

Transportation progress lags behind other energy technologies in Nevada, said Frommer, citing the growth of the state’s solar industry. While solar energy has received a lot of attention and investment in the state, he believes more focus needs to be placed on clean electric transportation.

“We all feel like this is a huge opportunity to push in the right direction,” Frommer said. 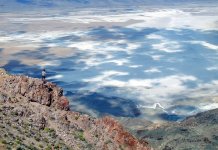 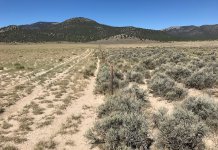 BLM fast-tracks plan to rip up thousands of trees 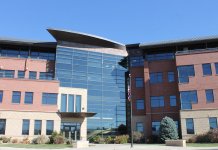