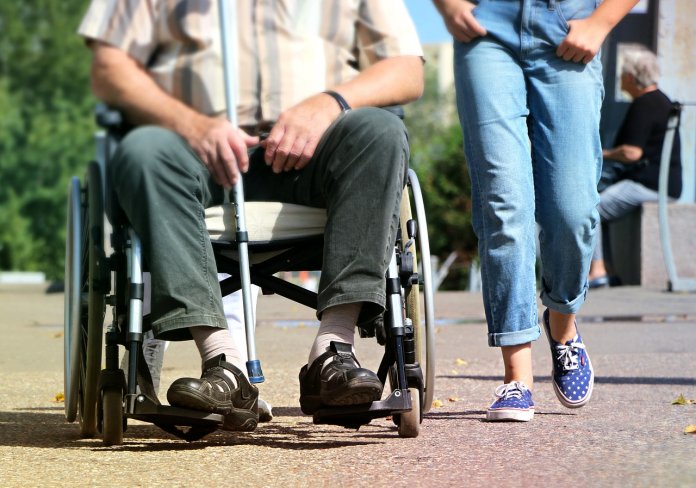 Nevada is one of only three states without an Adult Protective Services department, but that may soon change.

Moving through the Legislature is a bill to expand the scope of the state’s existing Elder Protective Services department to include adults who are vulnerable to neglect, abuse or exploitation due to their intellectual or physical disabilities. SB 540 was unanimously approved by the Senate earlier this week and is expected to clear the Assembly before the session ends Monday.

Administrators of the department believe the expansion closes an overlooked gap in the protection of vulnerable people. It is considered common knowledge that anyone who suspects a child is being neglected or abused can call Child Protective Services to have them investigate. Not as common, but easy enough to find via a simple web search, is Elder Protective Services, a department that investigates possible abuse, neglect or exploitation of people aged 60 or older.

But what about when somebody suspects abuse, neglect or exploitation of a person with a disability who is between the ages of 18 and 59? Not everyone knows where to turn for help, especially if the abuse or neglect is not severe or physical. Law enforcement is limited in its resources, knowledge and ability to assist.

This is where an Adult Protective Services department will be able to step in.

In written testimony submitted in support of the bill, a Clark County prosecutor who primarily deals with elder abuse explained Elder Protective Services encompasses not only abuse by other people but also “self-neglect and failure to thrive.”

“There is no similar department who is tasked with taking the same interest for adults who have similar or sometimes more severe deficits than people who are over the age of 60,” wrote Jay Raman. “There is no agency set up to deal with self-neglect, or to help with a safety plan after abuse. There is no agency which has the resources to put the time into helping vulnerable adults the same way we help our seniors. There is no agency who can take the time to begin investigations which may yield crimes against the vulnerable, and ultimately prosecutions against those who committed those crimes.”

“When in doubt, please report it,” says Governor’s Consumer Health Advocate Carrie Embree. “Make sure to report it.”

The expansion into Adult Protective Services will require additional staff and outreach to community partners across the state. The entirety of funding for the effort is secured in federal grants, which has made the already bipartisan issue an easy sell to lawmakers. Embree and Aging and Disability Services Administrator Dena Schmidt say the department has been gearing up for the expansion with training for months already.

While providing direct services and referrals where appropriate, the department will also be able to gather data on the maltreatment of vulnerable adults. That data could show the issue is more widespread than some believe. It’s estimated that approximately 13 percent of Nevadans have some kind of disability. Data could also highlight where other resource gaps exist — access to affordable housing or mental health services, for example.

The Adult Protective Services bill is one of several bills this session designed to better the lives of vulnerable persons.

AB 288 expands the oversight of the state’s existing Office of the State Long-Term Care Ombudsman to include people who receive care from adult day care centers and long-term rehabilitation facilities, as well as adults who receive in-home care services.

AB 480 establishes the right of a person with a disability to enter a supported decision making agreement that designates someone to help them in certain decisions and activities. This approach is considered more respectful and less intrusive than an all-encompassing legal guardianship might be.

Both of those bills were approved unanimously by both chambers and have already been signed by the governor.

Advocates say these bills collectively move Nevada in the right direction and they’re proud the state is taking a proactive approach. Too often states enact provisions like these after a high-profile case or a widespread problem is revealed.

“(This legislation) is not something borne out of crisis,” adds Homa Woodrum, chief advocacy attorney within the state’s Aging and Disability Services Division. “Nevada is not waiting to be hurt. This is thoughtful progression.” 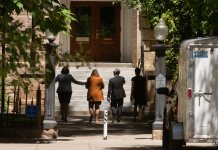 Bill would afford judges due process before Discipline Commission