The union representing Clark County School District’s 18,000 licensed teachers held a press conference Friday to send a message to the governor and lawmakers that what’s happened so far in the legislative session isn’t enough to stave off an authorized teachers strike this fall.

Gov. Steve Sisolak, while on the Clark County Commission, was among the state’s most ardent supporters of a $750 million tax increase to finance construction of a stadium for the Raiders. Several sitting legislators voted for the stadium financing deal during a special session in 2014.

In the advertisement, titled “Believe,” then-candidate Sisolak stood in front the high school’s bright yellow lockers and purple walls and said, “I went to public schools, and I believe in them. But we’ve got to raise teacher pay, reduce class sizes and cut back on all this testing that gets in the way of real teaching. As governor, I won’t take a salary from you until we get it done.”

With only four days remaining of the 2019 Legislative session, CCEA believes Sisolak is falling short of his promise.

“Once this session closes out and the school district reconciles its budget with the dollars it gets from the state — and if that reconciliation results in the district announcing budget cuts— that then will trigger our strike mobilization,” Vellardita said.

“There is an attempt to bridge this gap, we know that, but sometimes people get in a bubble and they are divorced from reality. Educators are not going to start next school year with one single cut in these classrooms.”

CCSD officials have stated the district needs $120 million of additional funding annually — or $240 million for the upcoming biennium — in order to adequately fund classroom resources and previously promised educator raises. They have said that pay freezes and staff cuts are possible.

Vellardita said if legislative leaders and the governor fail to close that funding gap, the school district would announce budget cuts that would “travel into every classroom and every building in this school district.”

Earlier this month, CCEA members voted to authorize a strike for the upcoming school year.

Vellardita said over the summer the union would prepare every educator to join the strike and inform parents and students in the school district of their demands.

While legislative efforts are underway to allocate additional money to the K-12 education system, the efforts are not projected to be enough to offset the $240 million budget shortfall within what is by far the state’s largest school district.

Vellardita warned the governor and legislators that “what you do between now and when you close this session out” will tell parents “whether or not you fulfilled your promises to adequately fund our schools.”

SB 545, a bill to put revenue from the existing 10 percent excise tax on retail marijuana sales into the Distributive Schools Account rather than the Rainy Day Fund, is expected to bring in an additional $120 million to the state’s education system during the upcoming two-year budget cycle. That bill has passed the Senate and is currently in the Assembly Ways and Means Committee.

Additionally, after legislators announced they’d freed up $250 million in the governor’s budget, another $62.2 million was added to the K-12 education budget.

If approved, those funds would be shared across the state. CCSD is not the only district that has projected a budget shortfall. Washoe County School District, the state’s second largest district, also announced earlier this year that it does not have enough money for the upcoming biennium.

Another bill, AB 309, would allow counties to raise their sales tax by a quarter-cent to support education. If that bill (which passed the Assembly and is currently in the Senate Finance Committee) becomes law, the Clark County Commission could choose to take advantage, either with a two-thirds board vote, or with a ballot measure put before voters. CCEA has previously taken the position that any tax increase to support educators should be a decision made by voters. That means the timeline for when additional funds could reach district budgets — and teachers’ wallets — is uncertain.

Similarly, SB 543 would replace the decades-old existing funding formula with a new “pupil-centered funding plan” and is expected to most benefit large urban school districts. However, that bill (which passed the Senate and is currently in the Assembly Ways and Means Committee) would not go into effect until the 2021-2023 biennium.

CCEA’s messaging throughout the legislative session has been “Fund Our Schools NOW” (emphasis theirs). Vellardita told the Current after the authorization vote that a teachers strike is dependent on immediate fixes and cannot be quelled by the promise of fixing education in future years.

“Show us the money,” Vellardita said Friday. “We’re not moving until we see the money.”

Teachers are prohibited from striking by Nevada state law. However, illegality has not stopped teachers in other states from going on strike.

Nevada’s prohibition of teacher strikes won’t deter CCEA from striking either, said Vellardita, adding that when CCEA members authorized the strike “they knew there were risks.”

“State after state led by Republican governments in right-to-work states with more conservative governments than what we have in the state of Nevada have had strikes by teachers where it was illegal, and yet teachers said at one point ‘enough if enough,’ and they went out and they demanded funds for their schools and they were successful. It’s no different in Nevada.”.

If the Legislature falls short on education funding when it adjourns next week, Vellardita said CCEA would also call for a legislative special session in order to fund education in the state. 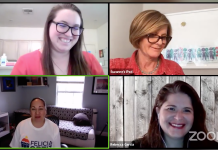 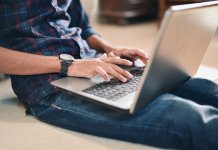 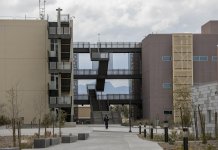