Cortez Masto pushed to secure a commitment from Robert Wallace — Trump’s pick to be the Interior Department’s assistant secretary for fish, wildlife and parks — to look into the land dispute.

At issue is the Air Force’s plan to expand its bombing range north of Las Vegas. The military wants to add more than 300,000 acres to the Nevada Test and Training Range. Most of it would come from the adjacent land at the Desert National Wildlife Refuge, which provides habitat and protection for the iconic desert bighorn sheep.

Cortez Masto said it is time for the Interior Department to weigh in.

“So far, the Interior Department has been largely silent. I am asking for you to help, to come to the table and sit with us and figure out how we can address this,” Cortez Masto said at Wallace’s confirmation hearing in the Senate Energy and Natural Resources Committee. “We need to bring competing interests together and have a conversation, so we can walk away knowing that all voices were heard and we [can] come to some final solution.”

For his part, Wallace said he is committed to working on the issue and that he would look to lessons learned from any past land conflicts.

“Partnerships are easy to say and hard to do, but I am committed to making them work,” Wallace told the senator. “It is the secret sauce if you can get the right group of people together in good faith.”

Cortez Masto wants to bring together local conservation groups, federal agencies and the Air Force to work together on the proposal, her spokesman told the Nevada Current. “As those efforts continue the Senator hopes to see a proposal developed between stakeholders that will satisfy the concerns of local communities and help provide our military with the support and resources they need to keep Nevada, and our country safe.”

The Desert National Wildlife Refuge is the largest wildlife refuge outside Alaska, with 1.6 million acres that stretch from the Mojave to the Great Basin Desert. It encompasses six major mountain ranges.

The military controls an even larger swath of land for its training facility, nearly 3 million acres in Clark, Lincoln and Nye counties.

Ultimately, Congress will have to weigh in on the issue. Congress would have to approve the land transfer. The current land agreement with the Air Force expires in 2021.

Nevada state lawmakers approved a resolution last month that calls on Congress to reject the proposal and work with “all interested parties” to develop a compromise.

The comments came at a hearing Wednesday to consider Wallace for the Interior department job — a position that has been vacant since the start of the Trump administration. The post oversees the National Park Service and Fish and Wildlife Service.

Wallace, a Wyoming native, started his career as a seasonal park ranger in Grand Teton National Park and worked for years on Capitol Hill as a Republican staffer on the Energy and Natural Resources Committee. He has also worked as a lobbyist for GE and served on the board of the Jackson Hole Land Trust.

The Capitol Hill veteran received praise from both Republicans and Democrats at the Senate hearing. Cortez Masto said she is “very impressed” with Wallace’s background and experience. Sen. Joe Manchin (D-W.Va.), the top Democrat on the committee, said he would be glad to vote to advance the nomination.

“I truly believe you are going to be a bipartisan builder here, bringing us all together, which is something that we don’t have too often,” Manchin said.

“Knowing that people seldom win by winning everything, I think bipartisan decisions are the lasting ones,” Wallace told the panel. “I am committed to working constructively with Congress.” 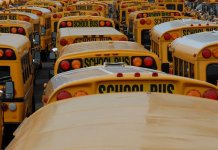 Washoe aims to move ahead with electric school buses 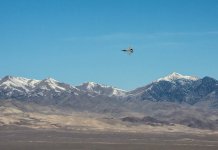 One person’s paradise is another person’s flood channel