When Pastor Bill Miller wanted to build a wall at his North Las Vegas home, the city denied the permit, claiming the sinking soil beneath Miller’s Windsor Park neighborhood couldn’t support that structure or any other improvements.

Now, the city is considering a zoning change that would allow industrial warehouse development on 86 acres adjacent to Miller’s sinking neighborhood, on soil plagued by the same problem.

“If the residents can’t build fences or add on to their properties, how can a developer build 1.6 million square feet of warehouse space?” asked Lydia Garrett, president of the North Valley Association, a neighborhood group that includes Windsor Park. “The City said at a meeting the water table has come back up. But they haven’t done a geological survey since 2014. How do they know it’s stable to build on?”

“That has to be done,” said Goynes-Brown, who favors development of the area, even though it cost the city $14 million 20 years ago to help relocate residents and demolish more than 100 failing homes.

“I think the difference is between commercial and residential proposals,” Goynes-Brown told the Current. “A commercial development would have the ability to go in and remediate those issues.”

The North Las Vegas Planning Commission is slated to vote Wednesday on a proposed zoning change of the 86 acres from residential to industrial, the first hurdle for the estimated $153 million project.

Windsor Park is a historic North Las Vegas neighborhood, designed for African-Americans before desegregation came to Southern Nevada. But Windsor Park was built on an aquifer. Excessive pumping of the area near Martin Luther King Boulevard and Carey Avenue caused the ground beneath homes to sink, geologists have long surmised.

Beginning in the 1990s, the city began tearing down homes in Windsor Park and some residents relocated, taking advantage of the city’s offer to contribute $50,000 per household toward a new home. But others, many of whom had paid off their mortgages and didn’t want new debt, stayed put. About 50 homeowners remain today, Garrett said.

Today, it appears North Las Vegas has given up on Windsor Park, despite the fact that taxpaying citizens remain. The sidewalks are buckled and thick with weeds growing through the cement. Vacant lots, which are now owned by the city, are littered with illegally dumped construction debris.

If North Las Vegas had forced residents from their homes it would have been on the hook for eminent domain awards. Instead, residents allege the city is engaging in a sort of reverse condemnation, by neglecting the neighborhood.

“The city hasn’t maintained Windsor Park for 20 years. Not the lights, the sidewalks or the sewer. Why?” asked Garrett.

“That’s a good question,” Goynes-Brown said. “The last thing I want to do is not take care of Windsor Park. That is a priority. It also takes a partnership.”

Without the ability to make improvements, residents say they are doing the best they can.

“God blessed me with this home,” said 83-year-old Annie Walker, who moved to Windsor Park in 1961, and remained as homes around her were torn down.

With the exception of a sagging hallway, she says her house has fared well.

The view from Walker’s yard takes in much of the Las Vegas valley. That view, one of the few amenities remaining in Windsor Park, may soon be blocked by warehouses.

“We don’t know who will lease those warehouses,” Walker said. “We already have a marijuana house down the block. We don’t need a marijuana warehouse.”

A promise of jobs, but no guarantees

“The residents are not against development, but not warehouses,” said Garrett, citing the need for affordable housing in the Las Vegas valley. “Warehouses are not going to bring in the revenue like mixed-use, which would increase property values for the entire community.”

The applicant, Ensign Development Group, is promising to bring 1,600 jobs to the economically depressed area.

“Are those jobs going to be from our community?” Garrett said she asked the developer at a recent meeting. “He said, ‘We are just building and leasing. The tenants will bring in their own employees.’ How does that benefit people in this community?”

The 86-acre parcel is adjacent to CVT Gilbert Elementary School. Goynes said the developer has mentioned a potential partnership with the school to foster agricultural education. But for now, it’s just talk.

“I’m afraid the zoning matter is a foregone conclusion,” Garrett said. “Seems the developer has favor with the city. But we are heavily in opposition and we’re going to express our opposition to the planning commission.”

Attorney Kermitt Waters, who limits his practice to eminent domain cases, says it’s unlikely the residents have the resources needed to fight back.

“It would require judicial review of the zoning change, if it’s successful, and that’s costly,” Waters said.

Miller, the pastor, also is not optimistic.

“The city knows we’re old,” said Miller, who moved to Windsor Park in 1964. “And many of the children of the people who live here, they don’t want the homes,” he added. “No telling what’s going to happen to this neighborhood.”

Goynes-Brown, however, has a different view. “I understand their legacy,” she said. “They take pride in their community. We’ll hopefully come to a happy medium.” 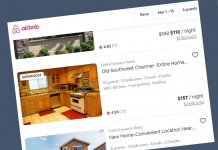 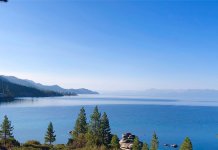 Neighborhood is sinking but NLV could allow warehouses