In the 1970s when African Americans who applied to rent apartments owned by Donald Trump were told there were no vacancies, even though there were vacancies, it wasn’t because Donald Trump is a racist. As he confided to a federal prosecutor after reaching a settlement in a discrimination case filed against him by the U.S. Justice Department, “You don’t want to live with them either.” See? It wasn’t racism. It was just business.

In 1989 when Trump took out a full page ad demanding the return of the death penalty for a group of black and brown teens who would become known as the Central Park Five, it wasn’t because Trump is a racist. He was just concerned about runaway violence, and had come to the conclusion that “maybe hate is what we need if we’re going to get something done.” A dozen years later the four African Americans and one Latino were cleared of all charges after DNA testing proved they had not committed the crimes for which they had been convicted. They ultimately won a $41 million settlement, a case in which attorneys argued Trump’s ad had whipped up public frenzy. Trump called the settlement “a disgrace.” In 2016 Judge Trump continued to declare the five men guilty. Some people might say that was racism. But have those people considered the possibility that Trump was simply placing a higher value on his famously razor-sharp insight about All Things than on forensic science?

Trump certainly sounded like a racist in 1991 when he was quoted saying “I’ve got black accountants at Trump Castle and at Trump Plaza. Black guys counting my money! I hate it. The only kind of people I want counting my money are short guys wearing yarmulkes…. Those are the only kind of people I want counting my money. Nobody else… Besides that, I tell you something else. I think that guy’s lazy. And it’s probably not his fault because laziness is a trait in blacks.” The phrasing, the crude bluntness, the, well, racism — it all certainly sounds like words that would come out of Trump’s mouth. And in 1997 he said the quote attributed to him was “probably” accurate. But in 1999 he denied saying it. And if he denied it, it must not have happened, because he is Trump. Little wonder his supporters, including and especially Senate Republicans, and Nevada Rep. Mark Amodei too, are so confident Trump is no racist.

Trump spent the first half of this decade stoking fear and hate within susceptible segments of the electorate by falsely and persistently repeating the already discredited claim, absurd to begin with, that Barack Obama couldn’t be president because he was black, er, not born in the U.S. During his 2016 campaign, Trump, while never admitting he had been mistaken, stopped pushing the birther conspiracy, and even said it was all Hillary Clinton’s fault, which was false. Trump to this day refuses to acknowledge that birtherism was a contrived exotic conspiracy with no basis in truth whatsoever. In fact, he never talks about Obama’s birth certificate at all anymore. Because to do so would be the act of a racist, which Trump is not, obviously.

“And some, I assume, are good people.”

The remark of a racist? Or merely that of a man who isn’t very good at praising anyone (except himself)?

“Look at my African American over here. Look at him.”

Seriously, why would or how could a racist have his own African American? As if that ever happened.

“You also had some very fine people on both sides.”

Is that a racist sentiment? Or is it merely Trump being Solomon-like in his fairness and magnanimity.

That is admittedly a coarse and ill-advised thing to say. But we must bear in mind that Trump is very, very classy — perhaps the most classy person in the history of ever. So most countries of the world, and certainly the vast majority of those near or south of the equator, must seem very sad and unfortunate to a man of such refined manners and tastes. Plus, no country is greater than the U.S., especially now that Trump has made it so great again, as evidenced by the profound feelings of unity and mutual respect one finds from sea to shining sea these days. So while perhaps a less than artful turn of phrase, it is little wonder that the glory-accustomed Trump would find other countries to be “shitholes.” Except of course Norway.

The Muslim ban, black NFL players kneeling in protest, “Pocahontas,” a former campaign strategist and chief White House adviser who encourages white nationalists to “let them call you racist … wear it as a badge of honor,” frequent fawning approval from white supremacists, including former KKK Grand Wizard David Duke, treating asylum seekers, including and especially children, as if they were criminals and locking them up in filthy inhumane conditions instead of even attempting to competently administer federal policy … one could go on and on. And were one to do so, it might establish a pattern demonstrating that the president of the United States is a racist pig.

How, then, can we rest assured that when Trump says and does racist things that are beloved by racists, he himself is not a racist?

Easy. He says so.

As Democrats in the House condemn Trump’s racist rhetorical jihad against Alexandria Ocasio-Cortez, Ayanna Pressley, Ilhan Omar, and Rashida Tlaib, even the most mainstream and respected media is increasingly abandoning euphemisms, finally reporting the truth in front of their eyes, and describing Trump’s words and deeds as racist — without quote marks around the adjective.

All of which can mean only one thing: Donald Trump is the real victim here. As always. Poor creature. 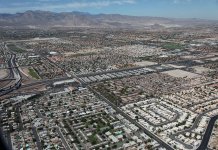 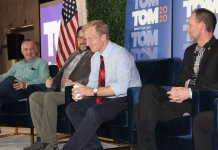 Nevada children on path to better health, but state needs to...