My earliest memory in life, and of Nevada, lives in the Lehman Caves of Great Basin National Park. I remember being led by my mom and cousin through dark paths as the bizarre stalactite formations hung above my head on my first tour of this magical place. I was little more than a toddler, but the stillness and quiet of that memory is still vivid to me– and an experience I still seek out often.

I shrieked along the tour, when my fear of the dark overwhelmed me, and my family joked about my reaction when the guides turned the lights off for a part of the tour through those large underground chambers. Waddling out of the caves and holding my cousin’s hand, I was met with a Southwestern sunlight so bright I could hardly make clear of where I was. Rubbing clear my eyes, I was met with the sight of my dad holding my sister in an awe-inspiring landscape. It was like being reborn in a single moment. That formative family experience is one of the main reasons Great Basin National Park remains one of my favorite places to date.

Monstrous rock structures. The clear blue waters of the Baker Lake. The Wheeler Peak Campground at almost 10,000 feet high. Bighorn sheep lurking on the above landscapes. It is a place unlike any other. To this age, so central are our state’s public lands to my personal identity. It’s not only because I grew up enjoying them, or now work to protect them as a representative of the Sierra Club, but because I am a lifelong Nevadan. I take pride in that, and hold in the highest regard our parks’ role in our culture, outdoors economy and Western identity.

Nevada public lands are places that communities and conservationists have spent decades working to protect, but they’re now being threatened by the Trump administration’s dirty fuels agenda. Where Nevadans see a place to play, this administration sees one to destroy in drilling for oil and gas. The Bureau of Land Management (BLM) will put hundreds of thousands of acres up for auction in September and November oil and gas lease sales. Polluters will bid offensive, miniscule amounts on special places like those just outside Great Basin for the fossil fuels that lie beneath.

It’s nothing short of an outrage to think that these irreplaceable places could be subject to the irreversible damage from oil and gas drilling. The land being offered in these lease sales include critical mule deer and sage grouse habitat. It also includes land adjacent to the South Fork Reservation, Cherry Creek, the Success Loop, the Ruby Mountains’ Lamoille Canyon, Harrison Pass, Ruby Marshes and Lakes and land on the doorstep of Great Basin National Park.

There’s far too much at stake to let these polluters gamble with what’s left of our wild. The Trump administration’s BLM– the agency that is hosting these lease sales– must listen to the outcry from Nevadans and abandon plans to open these lands to drilling and fracking.

To me, there is a sort of immeasurable, priceless value to one’s first experiences at places like Great Basin. But there are also numbers to back up their economic importance– a booming market that depends on preserved, pollution-free landscapes.

Families– like mine– contribute to a consumer economy that centers around trips to Nevada’s prized landscapes. These places bring real tourism dollars that support our local economies. More than a decade ago the Elko County Commission released a study showing that outdoor recreation generated an average of $165 million annually in economic impact through commercial retail sales, services, lodging and personal income. “The personal income received by Elko County residents directly from employment in those businesses averaged over $40 million,” the study said. No doubt these numbers have only grown.

A National Park Service study “shows that 153,000 visitors to Great Basin National Park in 2018 spent $8.8 million in communities near the park. That spending supported 121 jobs in the local area and had a cumulative benefit to the local economy of $9.0 million.”

If access is cut off to these places, or visitors are met with compromised park boundaries, dirty air and soiled water, those tourism dollars will decline rapidly. When the fossil fuel extraction being done does its number on the climate, that outdoors economy will cease to exist.

The time to act in stopping the scales from tipping completely is now. On August 17th, The Ely District office of the BLM is closing the deadline for comments on lands they are offering in the November oil lease sale. I urge my fellow Nevadans that love public lands to send your comments– and oppose these dangerous uses of our lands.

These places are too important to be damaged to a point of no return. We need to ensure our public lands in Nevada remain open and pristine for future generations to enjoy. We must reject the BLM’s plan to lease these lands. Nevada’s communities, lands, water and wildlife, need strong advocates now more than ever. 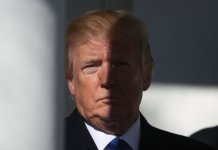 Voting by mail hasn’t ‘made it impossible’ for GOP to win Nevada. Trump has.