Word of a new arrival “making a splash” at the Mirage Hotel’s dolphin exhibit beamed from TV screens and on social media Wednesday, as local news organizations in the company town of MGM, Nevada, threw journalistic caution to the wind and repeated the party line.

On the same day, local leaders gathered to hear a plan by Virgin Airlines founder Richard Branson’s company Brightline to carry tourists to Las Vegas from California via rail.

Should the train come to fruition, don’t look for Branson’s Virgin Holidays to sell tickets en route to the Mirage dolphin exhibit.

Last month, Branson announced Virgin Holidays will “end the sales and promotion of tourism attractions that involve captive cetaceans, such as whales and dolphins.”

“For all of us at Virgin, the announcement marks the most significant milestone yet on a five-year journey to drive positive change in the tourism industry,” Branson wrote on a blog.

“In 2014, we announced The Virgin Pledge, a commitment that Virgin businesses will only continue to work with suppliers that don’t take sea cetaceans from the wild,” Branson wrote. “The Pledge was the result of extensive conversations with activists and advocates, scientists, tourism operators, and many organisations running marine parks and aquaria. We knew then it was going to be the first step in a long journey to end the use of captive cetaceans for human entertainment.”

MGM did not respond to questions regarding Branson’s pledge.

“This newest addition reflects our ardent commitment to the educational work we do at the Dolphin Habitat to help preserve dolphins in the wild,” David Blasko, Director of Animal Care at The Mirage, said in a news release.

The dolphin, born August 17, is the fifteenth to be born in captivity at the Mirage since 1991.  Eight of the fifteen are dead, according to records compiled by http://www.cetabase.org. One was stillborn.  Another lived two weeks.

The average age of the eight dolphins who died was five.

The longest living captive-born dolphin at the Mirage is Huf n Puff, who is 19.

Another four dolphins captured from the wild have died at the Mirage.

Dolphins in the wild live 40 to 60 years, according to the National Oceanic Atmospheric Administration.

The oldest dolphin at the Mirage is Duchess, who is estimated to be 44.  Duchess was born in the wild in approximately 1975 and captured in 1981.

MGM offered no explanation for the relatively shorter lives of its captive born dolphins than those born in the wild, noting the personnel who could answer were unavailable, and promised to get back to the Current.

Animal-related tourist attractions are increasingly under fire in the wake of documentaries such as The Cove and Blackfish, which generated enough public pressure to prompt Sea World to end the captive breeding of killer whales.

“We’re exempt from that ordinance for two reasons: 1) we are [U.S. Department of Agriculture] regulated; and 2) we’ve obtained accreditation from the Alliance of Marine Mammal Parks and Aquariums,” DeShong said in an email.

The ordinance exempts USDA-regulated exhibits that do not require a special use permit. It’s almost as if it were written to exempt the animal “habitats” at MGM properties.

Dolphins are known to travel as much as 100 miles a day.

“The cramped concrete tanks at The Mirage and other venues housing captive dolphins—including SeaWorld—condemn these intelligent animals to a lifetime of confinement, forced to swim in their own diluted waste and deprived of everything that is natural and important to them, including the currents, sights, and vastness of the ocean as well as their families and freedom,” PETA said in a 2015 statement following the death of 12 year old Beetle, a dolphin born at Sea World and transferred to the Mirage, where he died.

“Our attraction creates connections between dolphins and humans,” MGM’s DeShong said in a statement. “We aim to educate the next generations about the importance of Earth’s animals and to inspire passion for marine animals, driving action to wildlife conservation. We also work with scientists and non-profits to facilitate vital research studies and are proud to help play a role in helping ensure these beautiful animals continue to exist on the planet. Of course, we believe that to do the most good, our operations and facilities must be held to the highest level of care. We follow standards of care set by animal science experts at the American Humane Conservation.”

The American Humane Conservation is an organization that certifies farms, parks and exhibits featuring live animals.  Its founder, Tim Amlaw, is a veteran of the cattle industry. 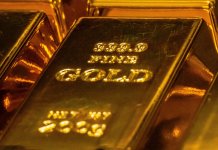