First Person, a community health center, offers primary care services including vaccinations and dental care in underserved parts of the Las Vegas Valley. Perez and the team at the center have a long list of growth goals including the addition of 50 jobs in the next 18 months and eventual development of a larger location to join their two clinics and dental office.

But the creation of those positions and the center’s ability to reach its long-term goals rests on Congress’ shoulders.

Once again, community health centers nationwide are staring down the edge of a funding cliff as the Community Health Center Fund, a stream of funding created by the Affordable Care Act in 2010, is set to expire Sept. 30 for the third time since its inception.

“It feels like we are begging for the same thing,” Valeton Perez said. “Every year we try to do more and more, and we involve more people to see if, finally, they’ll reauthorize it for longer.”

Southern Nevada centers are bracing for the possibility of more uncertainty and a renewed period of beseeching politicians for a solution just a year and a half after the fund’s last extension.

Community health centers, also called federally qualified health centers, are organizations that provide primary care services to patients, regardless of the client’s ability to pay. They exist in medically underserved communities and are generally funded by grants, revenue generated by insured patients and charitable donations. Their two major sources of income nationwide are Medicaid dollars and grant funds obtained through Section 330, which is overseen by the Health Resources and Services Administration, according to the Kaiser Family Foundation (KFF).

The Community Health Center Fund (CHCF) makes up the majority of Section 330 funding at 72 percent, and the CHCF is set to expire at the end of the month.

Though experts say it’s unlikely that funding provided by HRSA would dry up right away, the uncertainty creates cause for concern among the health centers, which offer care to some of the nation’s most vulnerable populations.

“They’ve not ever gotten to a point where a payment didn’t come in,” said Steve Messinger, policy director of the Nevada Primary Care Association, of Nevada’s clinics. But “we see lots of contingency plans start coming, putting reserves away. The longer you go, the harder it is for you to believe it’ll get done.”

Though the fund generally enjoys bipartisan support and is in part credited with the boom in health centers across the country in recent years, it’s been used in the past as a political bargaining chip, Messinger said.

He and other advocates for the nation’s roughly 1,400 federally qualified community health centers, including eight operating in Nevada, point to rigorous reporting requirements and patient visitations to demonstrate the centers are maintaining transparency while meeting a critical need.

The seven Nevada-headquartered centers saw 99,207 patients in 2018, Messinger said. All For Health, Health For All — one of the centers operating in Nevada — is headquartered in California and so is not included in the Nevada patient visitation data.

About 150 people visit First Person clinics daily and not just for health care. The clinics provide housing assistance referrals, food pantry services and more. That isn’t uncommon for these centers. Valeton Perez said she wants the public to understand how stable funding of these centers bolsters their community.

“FPCC is deeply concerned about the disruptions we might have to face as a result of going over the funding cliff at the end of this month,” Valeton Perez said. “In Nevada, we have been receiving bipartisan support and we will keep asking our Congress to prevent this funding cliff by encouraging them to provide a long-term reauthorization for our health center program.”

The Nevada Primary Care Association is focused on advocacy to try to make a more stable extension a reality. Messinger said it’s of particular importance to his organization, which receives a majority of its financial backing to train and assist health centers from the fund.

The group has been in “constant contact” with members of Congress, and Messinger said he’s had positive interactions with Nevada politicians from both sides of the aisle. Ideally, he’d like to see the fund extended for five years from now on.

“I feel really good about our members of Congress, the engagement they’ve given us,” he said.

This isn’t the first time Angela Quinn, CEO of FirstMed Health and Wellness Centers, has faced this uncertainty.

In September 2017, Congress avoided extending the fund at the deadline, waiting five months to renew it. That was a more worrisome experience for Quinn, who has since built up the center’s financial reserves.

“I may be unique in this thought. This is sort of threatened in one way or the other — it’s been this way for years,” she said. “I don’t want it cut, but it isn’t our primary revenue.”

Though she’s confident the main stream of funding for health centers won’t be affected, experience in 2017 taught her a lesson about the toll that news of the funding cliff can take on staff, as discussion about the political situation led to unnecessary anxiety among her employees.

Messinger said one of the most harmful ramifications of the funding cliff is the stress it places on those who might believe their jobs are in jeopardy.

“The staff and the providers, they get pretty spooked when we have to do this. We’re not being so dire this time because it’s been so stressful for the staff,” he said. “While we totally understand that Congress doesn’t like to fund open-ended entitlements, two years is just too few.” 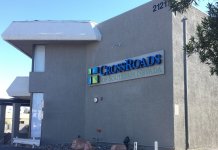 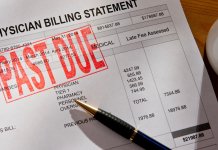