Forty-six percent of those who attend mental health court in Las Vegas successfully complete the program — second only to DUI court among the city’s specialty courts, according to Judge Cara Campbell.

But limited resources for the court — and the service providers the court works with to get people out of the system and into more stability — means only a fraction of people who could benefit from the court’s specialized assistance will receive it.

“Most of these people have never gone to a psychiatrist or a doctor, probably haven’t seen a doctor since they were a kid,” Campbell said.

The City of Las Vegas mental health court is designed for people who have conditions ranging from bipolar and major depression to schizophrenia and schizoaffective disorder. If a person exhibits mental health issues, a defendant’s attorney may bring it to the prosecutor’s attention. A family member might bring it up.

Court officials say there is no consistent mental health issue that lands people in court. But there are some commonalities, including transience, homelessness, and substance abuse. People who go through the court also tend to be regulars in the criminal justice system, often for minor crimes such as trespassing or possession of drug paraphernalia.

The first case on the judge’s docket last Thursday morning is a man referred to the court on trespassing and battery domestic violence charges. He tells the judge he’s been missing work because the city buses have been running late and he doesn’t have a driver’s license.

“There’s not a whole lot that have a domestic violence charge, but it’s typically a family member,” said Campbell. “They go back to the home and they’re having an episode and their family is afraid of them and it turns into a case and they call the cops.”

The second case is a woman who landed in the court after a battery charge. She now works part time at a Wendy’s. While she’s glad to have the job and even wants to increase her hours, the lack of a fixed schedule would make it difficult for her to schedule time for her therapy appointments. But she’s held the job for six months, the longest job she’s ever had.

“Holding down a job for six months is something that again your average person takes for granted, but that is a monumental change for someone who has never been stable enough to maintain one,” said Deputy City Attorney Mathew Walker with the City of Las Vegas.

Walker works almost exclusively on funneling mentally ill defendants from criminal courts to the mental health court and other diversionary programs run by the City of Las Vegas. Candidates for the program are jointly recommended between his office and the defendant’s attorney.

According to a 2018 report produced by Mental Health America, a non-profit addressing needs of those living with mental illness, Nevada’s system of mental health services ranks last in the nation. The consequences of untreated mental illness can lead to people in need of treatment landing in the criminal justice system instead.

In Las Vegas, for instance, the court is limited to trying to find assistance and services for no more than 20 cases at a time, and an individual case can last up to two years. Since the inception of the program in 2015, there have been 63 participants with 29 graduates.

“Getting them in a position where they can function and be their best self takes a lot of work, especially when you look at their past history,” said Walker. “Everything that led to the criminal charges and dysfunctional families and dealing with mental illness without having the tools to do so has kind of compounded and led them to getting to this point.”

If people need new licenses or birth certificates — items needed to help them get on medications — the court helps defendants get them. The court can also help defendants get into addiction or rehab programs, acquire insurance, start counseling, and find agencies that help with housing, said Sarah Stern, an alternative sentencing specialist who evaluates and recommends defendants for the program.

Almost all the defendants who go through the mental health court have Medicaid, and some have Medicare.

Most defendants who end up in the court also struggle with poverty.

The defendants’ needs are extensive — and costly. Due to limited funding, the court only accepts a maximum of 20 people at a time to the program.

“That’s my goal, to expand it, but instead of being given more money our money was reduced,” Campbell said of the court’s budget. “It costs us a lot of money but it’s worth it, because we’re hopefully taking someone out of the criminal justice system forever,” Campbell said.

Additional state funding for the Nevada judicial system is administered by the Administrative Office of the Courts (AOC) under the direction of the state Supreme Court.

For fiscal year 2018, the judicial system spent about $55,000,000 from the state’s general fund, roughly 1 percent of the general fund. Of that, about $11 million was split between 75 specialty court programs. There are several categories of specialty courts in Nevada, ranging from juvenile drug courts to veterans treatment courts.

“People are going to be with us for a long time so you can’t take too many at a time, because if we can’t fund them for the remainder of the program were at a loss,” Campbell said.

Many defendants who make their way to the program are homeless. One woman who attended court Thursday for a status check was picked up by law enforcement on two counts of trespassing while living in a makeshift shelter on a sidewalk. She is now studying to get her GED.

Another defendant was arrested on charges of battery filed by his mother, who like him suffers from substance abuse issues. He now lives on his own, attends classes at the College of Southern Nevada and has kept his job for a full year. It’s a big accomplishment.

“I’m proud of you,” said Campbell while the defendant stood in her court.

Another man attending court on a status check is 14 months sober after his father and uncle hooked him on meth.

“Some days I feel sad, just not proud of myself,” he tells the judge. “But I try not to think of the negative stuff and I think of all the goodness.”

“I’m grateful for everything you’ve done for me,” he tells the court. “I don’t even know how to put it into words.”

The city attorney’s office has a psychiatric stabilization treatment program, started in 2017 in collaboration with Southern Nevada Adult Mental Health Services, to try to more effectively connect people with services.

Since then, Walker’s office has referred about 100 cases for additional mental health services, some of which he says could benefit from the court were there more space available.

“Unfortunately a lot of these people don’t get identified by the criminal justice system until they’ve picked up multiple cases. A lot of these folks are high functioning and they’re symptoms don’t crop up necessarily during their first or second arrest,” Walker said.

“Were kind of just scratching the surface of all the people that need services.” 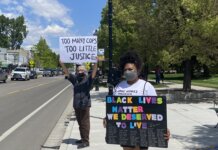 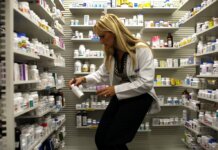