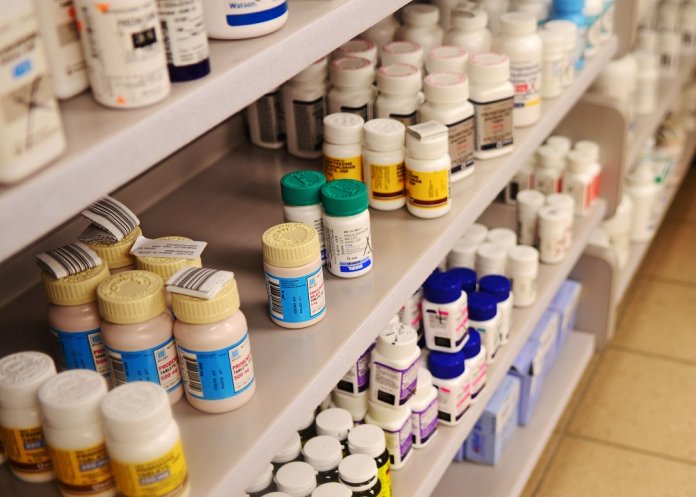 A bill that would allow the government to directly negotiate prices with drug manufacturers on at least 25 and as many as 250 commonly used prescription drugs could slash costs for Medicare and private insurers, cap out-of-pocket costs for seniors, and pressure Republicans to line up behind what they are now calling a socialist plan.

“Socialist price controls will do a lot of left-wing damage to the healthcare system,” Senate Majority Leader Mitch McConnell said Thursday of HR 3, sponsored by Speaker Nancy Pelosi.  McConnell told reporters the bill would not be entertained in the Senate.

McConnell’s position places Republicans at odds with President Trump, who tweeted his support Thursday for legislation to cut the cost of prescription drugs, a focus of his 2016 campaign.

“Because of my Administration, drug prices are down for the first time in almost 50 years — but the American people need Congress to help,” Trump wrote. “I like Sen. Grassley’s drug pricing bill very much, and it’s great to see Speaker Pelosi’s bill today. Let’s get it done in a bipartisan way!”

“Just the fact that we are at his point and that we have the ear of the president, I think the Senate is going to have to do the will of the people and get this done,” said Nevada Democratic Rep. Steven Horsford, a co-sponsor of HR 3, titled the Lower Drug Costs Now Act.

“I think the fraud of the socialist tag is going to be uncovered, particularly as it pertains to prescription drug costs,” Horsford said in an interview. “It doesn’t matter what corner of the district, rural, conservative communities or liberal, urban areas, everyone is impacted by the high cost of prescription drugs in this country, and I think that’s why the president applauded the speaker yesterday when he saw this bill get released.”

“This is not a socialist bill. This is not a government takeover of prescription drugs.  This is giving government and Medicare the same opportunity to negotiate directly with drug manufacturers for lower costs for beneficiaries,” Horsford said. “You’ll recall it was the drug companies who put that legislation in when they passed Medicare Part D, so they don’t want it.”

Horsford is referring to the non-interference clause included in 2003 in Medicare Part D, which says the Secretary of Health and Human Services “may not interfere with the negotiations between drug manufacturers and pharmacies and PDP sponsors, and may not require a particular formulary or institute a price structure for the reimbursement of covered part D drugs.”

Drug manufacturers predicted the measure, if passed, would stifle research.

“Speaker Pelosi’s radical plan would end the current market-based system that has made the United States the global leader in developing innovative, lifesaving treatments and cures,” Steve Ubl, CEO of the Pharmaceutical Research and Manufacturers of America told The Hill.

“Medicare is the biggest buyer of prescription drugs and we should be able to negotiate. For Republicans to deny that would actually be forbidding good government, common-sense solutions,” Horsford said.

In addition to allowing Medicare to negotiate directly with drug companies, HR 3 would:

“This stops drug companies from ripping off Americans while charging less in other countries,” Horsford said.  “The cost of insulin has nearly doubled from 2012 to 2016 in the U.S. and the average cost has gone up in fifty years from $90 a year to $1200. We are going to end that.”

“This is going to produce so much savings, not just in Medicare but for every consumer,” Horsford said. “The money we save we’re going to reinvest in innovation and fund the search for new cures, and potentially expand benefits for vision, dental and hearing for Medicare beneficiaries.”

Horsford says he expects HR3 to be marked up in the House Ways and Means Committee next month.