The proposed financing for a plan to reduce traffic between Las Vegas and California and stimulate the economy by shuttling tourists via high-speed rail has no public funding, but would slash bonding capacity for a favored source of financing for low-income and affordable housing.

Virgin Trains USA, which is backed by Fortress Investment Group, intends to sell tax-exempt private activity bonds to finance much of the $4 billion project.

But the move would reduce financing options for developers of multi-family and senior housing projects for the next two years.

Last year, $200 million of the bonding authority was used to finance a variety of residential projects. The tax exempt feature of the bonds reduces the cost of financing for affordable and low-income housing projects. PABs are also what trigger eligibility for the 4 percent federal low income housing tax credit (LIHTC), rendering projects even more attractive to developers and investors.

The tax credits generated by the tax exempt bonds are “the most important resource for creating affordable housing in the United States today,” according to the U.S. Department of Housing and Urban Development.

Nevada is experiencing a low-income housing crisis.  The centerpiece of Gov. Steve Sisolak and Democratic lawmakers’ housing policy this legislative session was to allocate $10 million a year from a separate, state source — transferable tax credits — not to exceed $40 million over four years.

Thanks to Congress, Virgin Travel can parlay the $800 million in bonding authority it seeks from California and Nevada into $3.2 billion in bond sales.

“Federal law allows a private developer of a high-speed rail system to issue tax-exempt bonds in an amount equal to four times the allocation provided to the project from a state, significant leverage that is not available to other privately-owned projects,” said Teri Williams, spokesperson for the Nevada Department of Business and Industry.

A public hearing on Virgin’s request is scheduled for Thursday morning.

What does Sisolak think of allocating a third of the state’s $300 million private activity bond capacity to a private train for the next two years?

“This is currently under review by state agencies,” spokesman Ryan McInerny told the Current via email. “The Governor looks forward to being briefed by them upon the completion of their review.”

Virgin Travel is the latest iteration of the venture known first as Desert Xpress and later as Brightline. Billionaire Richard Branson bought a minority share of the company and gave it the Virgin moniker.  The company’s Miami to West Palm Beach route began operations in January 2018 and is serving fewer than a million riders a year, less than half of Virgin’s projected ridership of 2 million.

Planned expansions have been delayed, as was an initial public offering scheduled for last February, according to Bloomberg.  The company sought as much as $538 million in that IPO, which would have valued the company at about $3.15 billion.

Ridership projections inherited from DesertXpress estimate the route between Victorville and Las Vegas will have 3 million round-trips in its first year of operation. A new ridership study is underway, according to Porritt.

The Clark County Commission instructed staff this week to draft a resolution supporting the project for its November 5th meeting.

“I expect it to pass,” Commissioner Michael Naft said in an interview, although he admits he has not seen ridership projections. “Without seeing the numbers, I’m supportive of the concept of high speed rail. We’ve been talking about it my entire life. We finally have a partner in Virgin that isn’t seeking public money. They’ve done well in Florida. It’s a good solution.”

Whether it’s a good solution, as Naft says, remains to be seen. The plan would require visitors to make their way to Victorville and pay $60 for a one-way ticket to Las Vegas for a roughly one hour and fifteen-minute trip — less than half the three hours by car.  Expansions are planned to Palmdale and eventually Los Angeles.

“If I get involved in a project like that, having seen what went on in Florida, I would have to be somewhat suspect of the perfect ending and perfect outcome,” Jim Colby, senior municipal strategist at Van Eck Associates Corp., a company that holds some of the Florida securities, told Bloomberg last month.

Financial analyst Guy Hobbs of Hobbs Ong and Associates is preparing findings on the project for Clark County that would allow the bonds to go to market.

“It’s one thing to get the bond allocation by the state.  It’s another to actually sell the bonds,” says Hobbs, who has been commissioned by the state to produce, among other things, findings of financial feasibility on a tight timeline.

“Meeting that timeline and doing the due diligence to make the findings isn’t going to happen overnight.”

Hobbs says key findings, including a ridership study, have not been provided by the state.

“Ridership studies are an engineer’s professional opinion of what ridership can be.  We can’t attest to financial feasibility without a ridership study,” Hobbs added. 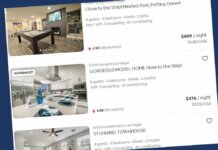 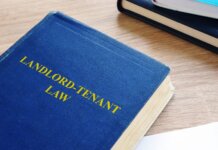 Housing advocates ask lawmakers not to ‘water down’ tenant protections

A mental health initiative, jobs, and some wait and see: Q&A...