The first time Deacon Tom Roberts, who heads Catholic Charities of Southern Nevada, learned the City of Las Vegas was crafting an ordinance that would make it a misdemeanor to sleep on a sidewalk was from reading the news.

“It was a shock to me,” said Roberts, who recently published an op-ed in the Sun opposing the ordinance. “I was sad they didn’t reach out to me before they did this.”

The ordinance, sponsored by Mayor Carolyn Goodman, would make it a misdemeanor to sleep or camp in a public right-of-way if shelter beds or space at the open-air Courtyard Homeless Resources Center are available.

Preliminarily scheduled to be discussed at an Oct. 14 meeting of a recommending committee, a council subcommittee that refers proposals to the larger council agenda, council members voted Oct. 2 to instead hear it publicly for the first time Nov. 6.

“(Goodman) felt that this item has such broad interest and implications in the community that it would be best for the entire City Council to hear the item and the input from the public at the Nov. 6 City Council meeting,” said city spokesman Jace Radke in an email.

“The city hasn’t said anything regarding the procedure of the ordinance,” Roberts countered. “I have no idea how this is going to work.”

“While the Alliance is not able to comment on the specifics of the ordinance in the context of Las Vegas, our work throughout the country has convinced us that ordinances criminalizing homelessness can, as a practical matter, interfere with communities’ attempts to reduce the number of people who are homeless,” the National Alliance to End Homelessness wrote in a recent statement.

In a letter exchange between the city and county, Clark County Commission Chair Marilyn Kirkpatrick pushed back on the city’s approach to homelessness.

“While the County recognizes the efforts of the Courtyard program as part of the service array, the Courtyard is an entry point without a full complement of solutions to support a permanent exit from the system,” she wrote. “The County is focused on a system of care which provides not only basic overnight shelter services, but also connected transitional housing/ continuity of care towards successful exit from the system.”

But the ordinance, which specifically identifies the Las Vegas Arts District, Fremont East District and the Las Vegas Medical District as enforcement areas, does have the support of an influential business group.

The Downtown Vegas Alliance, which is comprised of about 70 members ranging from casino companies, Southwest Gas and Switch to The Mob Museum, met with city officials in mid-October to discuss the ordinance.

The meeting wasn’t open to the public.

According to a tweet from Seth Schorr, chairman of the Downtown Grand and CEO of Fifth Street Gaming, Goodman also spoke to businesses. Schorr posted “camping on the street is not the answer and doesn’t help the economy, tourism or small business.”

In a statement, the Alliance said people camping and sleeping on sidewalks “aversely impacts many businesses.”

“As a result, the Downtown Vegas Alliance believes the proposed city of Las Vegas ordinance banning camping in public rights-of-way is an important and necessary first step to help protect those who have made significant investment in the area,” the Alliance said. “It is part of a larger, comprehensive solution to this issue. We are hopeful that regional partners will work together with service providers and the private sector to build a collective model that delivers permanent results and elevates our community as a national thought-leader in addressing this challenge.”

Businesses were also surveyed about their support of the ordinance. According to the Alliance, 83 percent of businesses backed the ordinance. Only 25 percent supported the punishment, which could be up to a $1,000 fine or up to six months in jail.

More than 70 percent of businesses surveyed thought the city did not have “the social or community services to support this ordinance.” Another 68 percent thought the city should be working on other solutions.

‘Who makes the call?’

Of the nearly 6,000 people experiencing homelessness on any given night, more than 60 percent are unsheltered. Currently, there are about 2,000 beds in Southern Nevada.

The 9th Circuit Court of Appeals ruled in 2018 that cities can’t punish people for sleeping on the streets if they don’t have an adequate amount of shelter space. The city’s ordinance is carefully worded so it doesn’t go into effect until shelter beds are open.

If the ordinance goes into effect, the Office of Community Services within the City of Las Vegas would inform the Department of Public Safety and Las Vegas Metropolitan Police Department if there are available beds. Before issuing a citation or making an arrest, an officer must “notify the person” of the violation and inform them of resources at the Courtyard.

Eric Tars, a senior attorney with the National Law Center for Homelessness and Poverty, pointed out the decision also looked at barriers to enter available shelter beds. The 9th Circuit, for example, ruled that requiring religious participation was a barrier.

Other barriers, homeless outreach workers have noted, could include not wanting to be separated from a partner or pet or if the shelter doesn’t have adequate space for transgender and gender-nonconforming individuals.

All emergency shelters have requirements such as sobriety and limit how many items people can take in. At Catholic Charities, people can check luggage before entering the shelter dorm. There is no storage for larger items, which people can accumulate if they are part of an encampment.

It’s unclear who would be assessing the requirements, the city or the shelter themselves once the MORE team identifies a person sleeping or camping.

“It doesn’t make sense to put someone there who doesn’t want to be there,” Roberts said. “It jeopardizes the safety of everyone else (in the shelter).”

While the ordinance might force people to relocate to a shelter bed, those working with homeless populations worry about the long-lasting effects.

Tim Burch, the human services administrator for Clark County, highlighted that impact and even told County Commissioners the proposed ordinance would create fear on the homeless population.

“It takes time to build trust with this community,” he said. “Forcing (those experiencing homelessness) into a shelter isn’t going to help.”

While the proposal has the potential for jail time, Radke said issuing citations and arrests would be done at an officer’s discretion.

“And now you have a Metro officer running around arresting people on bench warrants instead of protecting the community,” Robert added. “It’s not very sustainable.”

In September, Jeremy Aguero of Applied Analysis told the city that the public costs of homelessness in 2019 was about $369 million and could likely increase to $1 billion annually over the next 20 years. Part of the costs, he said, was incarceration. It costs more than $100 per day to jail someone.

Las Vegas isn’t the first place that has adopted enforcement policies directed at the homeless.

San Antonio had a fraught relationship with using punitive measures on the homelessness.

Las Vegas city officials visited San Antonio in order to learn about its response to homelessness and even modeled the Courtyard after its homeless resource center Haven of Hope.

San Antonio’s arrests and ticketing of homeless-related crimes like panhandling was heavily scrutinized after local reporting revealed one homeless man was cited more than 1,000 times yet remained on the streets.

After refocusing efforts, the city’s police chief reversed his opinion on enforcement and later said “you can’t arrest your way out of this problem.” 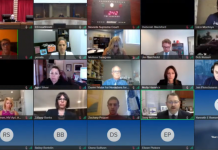 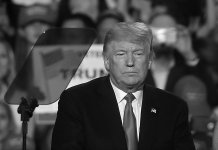