Do you know where you will sleep tonight, or do you have several options, depending on your circumstances? Several thousand people in the valley do not; for them, it’s a makeshift shelter on the streets, in tunnels and drains, and even underground in unknowable darkness and despair.

The Las Vegas City Council is considering an ordinance banning camping, sleeping, lying down and even sitting on public sidewalks and other right-of-ways in residential neighborhoods and commercial areas, and specifically enumerates the cultural, arts, and downtown districts and (surrounding) urban core. It criminalizes homelessness by imposing fines up to $1,000 and six months jail time unless all beds are full in nearby non-profit shelters and other agencies like the city-funded Courtyard Homeless Resource Center which opened in 2017 and can hold (approximately) 300 people. “The Courtyard” is not a solution for the 5,000 who spend their nights on the streets (Southern Nevada Homeless Census and Survey, 2019).

The ordinance did not follow the normal path before going to a council vote and the interests of businesses and developers may have been prioritized. Even “business” has mixed feelings about it; Downtown Vegas Alliance association members are mostly against the proposed penalties while 70% believe the city “does not have the social or community services to support this ordinance,” the Nevada Current reported.

We must confront the state of affairs with somber analysis, perspicacity, and forward-thinking ambitions. In August, the council was notified in a report they paid for that projected costs will skyrocket to $1.1 billion per/year; now they are moving to criminalize the victims. To many, the Courtyard is unsafe or very disturbing and therefore, essentially, a nonviable option. Shanice, a caseworker with the Nevada Partnership for Homeless Youth, shared that most if not all of her clients who’ve been were victimized in some way, including violence and sexual assault. Young people are particularly likely to be homeless and therefore more vulnerable to all the trauma it causes. Lesbian, gay, bisexual, and transgender youth are even likelier to be unhoused: up to 40% of unaccompanied minors are LGBTQ (LGBTQ adults are overrepresented as well). Elderly and disabled people also disproportionately suffer homelessness, many of whom are veterans, as well as folks helplessly, simultaneously, experiencing mental health crises and substance abuse. These and more—like wanting to remain as a family unit, having a pet, not wanting to abandon personal shelter or property—are all factors  when deciding where to spend the night and oftentimes the street or makeshift shelter is the “best” place to go after taking into account all considerations.

In Clark County, according to the Nevada Homelessness Alliance (NHA), “people who are African American or Black are 37% of the total local homeless census while only making up 23% of the total local poverty census and 13% of the local general census.” The executive director Emily Paulsen warns “this bill will further marginalize people who are poor and[/or] Black.” It will ensnare many whom are part of historically oppressed groups, like communities of color; it is a discriminatory ordinance that will cause disparate harm, targeting people whose only “crime” is being too poor to afford any sort of housing or accessing the individualized care they needed to get well.

Homeless people do not cause their own homelessness. We should look at the ways we are all collectively responsible: to our fellow residents to participate in civic engagement and public policy, and especially through our elected officials who perpetuate poverty and homelessness by failing to use the powers of democratic governance to reduce inequalities. The city’s current best practices, including some innovative approaches, are not funded to scale. It is a common occurrence for the Courtyard, Catholic Charities, and the The Rescue Mission to reach capacity on any given night. With all the collaboration on (or talk of) homelessness, why the lack of critical mass of supportive services for people in crisis?

One answer may be Nevada does not seriously consider the resources (read, money) or political will necessary to meaningfully confront the crisis nor do we have vigorous systems of public funding and progressive taxation for a host of common goods and necessary services that seriously tackle income inequality and promote equity. Administering punitive measures won’t reverse homelessness. We already know that our judicial services are financed largely by penalizing/incarcerating low-income people in particular—because it’s easier to get away with and it gets them out of the way.

For instance, Las Vegas spent more than $1.3 million jailing homeless folks in fiscal year 2018-2019 yet spent $0 on permanent supportive housing, a proven solution. Nevada ranks fourth in the nation for income inequality; 1% of Nevadans make 32.7 times more than 99% of us. One of the most lucrative industries on the planet, extractive mining, is protected from paying their fair share of taxes on the wealth created from our natural resources by our very own state constitution. The ordinance does nothing to break the cycle of homelessness, increase critical resources, or inspire proactive affording housing policy. There is a dire need in Nevada to cultivate through policy and civic engagement a region where everyone can thrive, unburdened by overwhelming disparities like income, housing, or political power, with dignified lives and opportunities.

The council unanimously scrapped a similar 2018 push by Anderson Dairy on Foremaster Lane. NHA has warned the criminalization would violate federal policy and risk Clark County losing funding for the Continuum of Care, a vital collaborative regional entity collaborating on functional and systemic anti-homelessness/poverty policies.

As of this writing, it will likely pass. Several officials have expressed their concerns. Only Councilman Brian Knudsen has stated opposition and Councilman Cedric Crear refused to share how he’ll vote. Presidential candidates Julián Castro and Elizabeth Warren weighed in—he spoke at length at a press conference at city hall in October, she tweeted in opposition. People will be harmed because many individuals or families will refuse to relocate to designated spaces. Thousands make incredibly difficult negotiations everyday on the streets just to stay alive, on where to go to be safe, to eat, to bathe, for shelter, for companionship, for aid. There’s no perfect or one-size-fits-all approach.

One certain to fail, however, is criminalizing human beings. Please contact your city council member at (702) 229-6405 immediately, before they vote on the morning of November 6th. Find your councilor at https://www.lasvegasnevada.gov/Government/Mayor-City-Council. 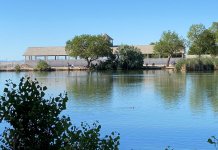 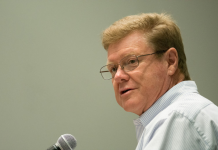 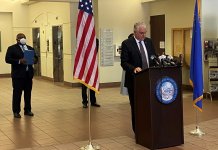 Does the world really need a Las Vegas City Council?