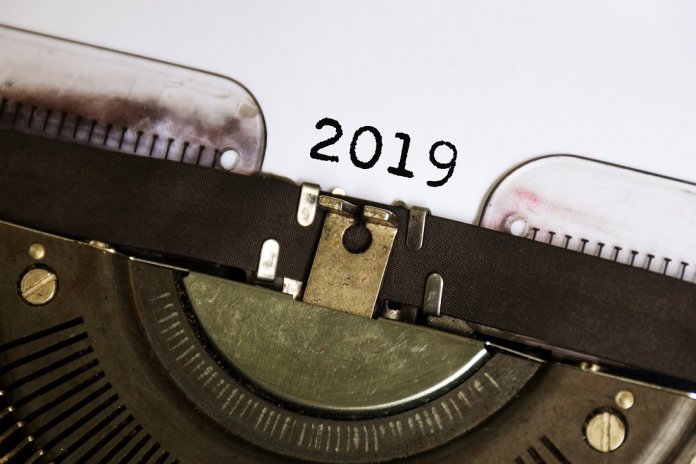 Note: 2019 was the Current’s first full year of publication. To look back on the year, each member of the Nevada Current staff picked a few stories (or commentaries in my case) they wanted to highlight. Maybe it was a story that had the most impact, or one they worked on most, or something that didn’t get as much attention as they think it deserved, or just something they liked for whatever reason at all. Everyone also added some explanation about why they included it, or why people should read it if they missed it, or whatever else they wanted to say.

I really like how this turned out, for a lot of reasons, and I hope you like it too. — Hugh Jackson, editor

Here at the Current we pride ourselves in providing the context and perspective that other outlets overlook. One of my favorite examples of this from this year is: “Here are the neighborhoods hit hardest by CCSD’s teacher shortage.” The article explains that low-income zip codes and their schools are disproportionately affected by the teacher shortage within Clark County School District. Now, that isn’t a shocking revelation to anyone. But the article elaborates on how the clustering of schools with teacher shortages in low-income neighborhoods means children there are more likely to have long-term substitute teachers across multiple grade levels and schools. That’s something that could have lifelong impacts. If you missed the story in August when it first ran, just bookmark it to read next August when CCSD is dealing with yet another teacher shortage.

I wrote a lot about education this year — from the legislative battle that ended in the eleventh hour of the session, to the threatened teachers strike in Clark County. I did not, however, write about the deal that was reached between the district and teachers union because I was busy giving birth. Literally. The deal between the two entities was announced within an hour of my son entering the world.

Speaking of pregnancy: This year I also published “Pregnant women in Nevada must scramble for stability, support.” I am thankful the Current’s parent nonprofit offers paid parental leave (and that my bosses encouraged me to fully utilize it). However, too many Nevadans — including those at some of the top employers within the state — aren’t so lucky.

As a bit of a transportation and infrastructure nerd, I was delighted to write about Vehicle Mileage Tax, a concept legislators briefly discussed and summarily tossed aside in favor of yet another study. “The case for taxing vehicles based on the miles they travel” is worth revisiting because it highlights a larger issue: When our infrastructure begins to age, we are gonna be in trouble.

Finally, I must remind you that “Las Vegas does not love Starbucks as much as you think.” Data sets matter. Don’t let silly websites forget that Fabulous Unincorporated Clark County exists.

I want to thank the Time to Care Coalition and Make the Road Nevada for taking me along on their effort to improve and advocate for the paid sick leave bill. The bus trip was A long trek to Carson City for canceled meetings, no guarantees. The majority of the people on the trip were working class people who work for employers with less than 50 employees, and many were temporary or seasonal workers — meaning the final bill did not apply to them in the end. But Nevadans are “Battle Born” as they say and I’m sure these organizations’ efforts will not end here. I hope to cover it all.

Shortfalls or limited resources is something you’ll find in a lot of Nevada Current stories and this story about how Specialty courts contend with shortfalls in state mental health system is no different. The mental health court catches people when “criminal charges and dysfunctional families and dealing with mental illness without having the tools” land them in court. In this story, one man told the court “Some days I feel sad, just not proud of myself. But I try not to think of the negative stuff and I think of all the goodness.” The time the court gave to help him with its limited resources is some of that “goodness.”

When systems are poorly designed they tend to hurt working class people and people of color the most. Older roads with next to no pedestrian infrastructure are concentrated in low-income and minority neighborhoods. A 2017 study by the Regional Transportation Commission found that low-income households in Southern Nevada are increasingly located around high-capacity urban roads, roads that also have the most pedestrian deaths and collisions in the state. Why so many pedestrian deaths? Southern Nevada is literally built that way.

When I shared this story on my Facebook page an old college classmate who worked at the UNLV Jean Nidetch Women’s Center wrote, “Thank you so much for writing this article!” A recent survey found that the working poor frequently have erratic work schedules, people with these schedules face more economic insecurity and serious financial hardships like going hungry, falling behind on utilities and other bills, losing housing, and forgoing medical care because of the cost. A 26-year-old mother of a one-year-old son interviewed for this story described her anxiety about the instability of her child’s life due to her unstable schedule as “mom guilt.”

“It’s hard to have a job and have them change your schedule because sometimes I don’t have the time to cook and make homemade meals. I’m just so tired and I do feel stressed out.” 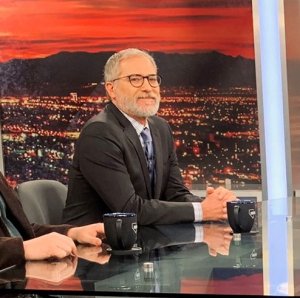 Few things were more insufferable in 2019 (in Nevada, anyway) than the back-slapping, self-congratulations and general mutual admiration between Democratic state lawmakers and their supportive allies as they marveled over each other and their wonderful achievements during this year’s legislative session. Maybe the only things more insufferable were my nagging reminders that the Legislature’s performance was not as marvelous as all that.

Education wasn’t adequately funded, because of course it wasn’t, and by springtime, when it became clear that education would not be adequately funded because of course it wasn’t going to be, I wrote a thing headlined “If Nevada wanted education funded education would be funded.” It has a nice picture btw. Failure to address housing policy was, in my  view, “The 2019 Legislature’s most magnificent flop,” though in retrospect the failure to address mental health services was also quite magnificent. And speaking of magnificence – my adjective of preference during the legislative session, evidently — legislative and gubernatorial deference to the payday loan industry prompted me to write “The magnificent cowardice of elected officials.”

I also want to highlight a piece I wrote in April, when the presidential race was mostly being ignored because all your area political animals were busy bird-dogging the Legislature. It was about the fact that Pete Buttigieg’s dad translated the Prison Notebooks of Antonio Gramsci (a political prisoner in Mussolini’s Italy and one of the most compelling Marxists most people have never heard of), and near as I can tell the column was read by, oh, about 17 people. Here, let me give you yet another chance to ignore “Prezzy wannabes, Gramsci and you.” I guess because it was so callously neglected, I developed a pitiful fondness for it. Also, I still think his dad translating Gramsci is the most appealing thing about Pete Buttigieg. 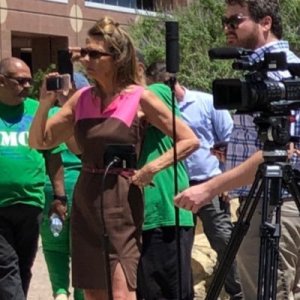 To echo the boss, Nevada’s failure to address its mental health crisis is stunning.  A good place to start would be to protect the folks on the front line from the kind of bullying and harassment that sends mental health professionals packing.  AFSCME, the union organizing state employees, may want to give the state’s mental health facilities a visit.

Clark County District Judge Doug Herndon announced recently he’ll run for the state Supreme Court in 2020.  It will be interesting to see how an event from his past, which had Herndon choked up at a legislative hearing, plays in his upcoming race.

One of the biggest stories of 2020 was the end of the multi-year FBI probe of Las Vegas Metro’s vice unit, which was alleged to have members who provided protection to local pimps and their prostitutes. In the end, the feds got a plea deal from Rashid Jamal, aka rapper Mally Mall. No police were charged as a result of the investigation. It made you wonder if cops were really having sex with prostitutes after all.

A month later a former Metro vice cop who retired from the force in May was arrested after soliciting a 16-year old waiting for a bus ride to school.  The former cop, a close friend of Sheriff Joe Lombardo, made it clear the solicitation, a block from Metro’s headquarters, was not his first.

Metro, we have a problem.

On a personal note, one of my greatest responsibilities as a reporter is to give a voice to those who don’t have one, including the four-legged creatures among us.

This is a problem that won’t go away, and Henderson won’t be the “premier city” to which it aspires with starving or dead felines on the streets.

P.S. the cat in the photo was trapped by yours truly (along with her kittens) and now lives a charmed life in Green Valley.

Children evicted following their mother’s ICE detention: With increased immigration enforcement and growing animosity toward the immigrant community, it’s easy to forget the human costs of our broken immigration system. That’s why I felt it was important to follow the Cruz family after their mother was arrested and detained by ICE. Following her arrest, the siblings, all U.S. citizens ranging from 12 to 21, held a press conference pleading with ICE to let her go. While most news coverage on their situation stopped after the press conference, that’s only where their story began. They were evicted from their home while their mother was in ICE detention and were forced to pick up the pieces on their own.

City estimates 1 in 5 inmates are homeless but doesn’t know why: While we don’t assign beats at the Nevada Current, from our inception I was drawn into covering homelessness and the policies, ranging from housing and economic policies to criminal justice policies, that contribute to homelessness.

In 2019, there were a lot of failures and successes to cover at the state and local level. Clark County used tax revenue from marijuana license fees to fund housing homeless populations such as families, youth and medically fragile individuals. The city passed an ordinance that outreach workers say will criminalize homelessness. One of the more underreported aspects of homelessness, in my opinion, is the role of the criminal justice system and the laws that land those living on the streets in jail. While I was able to report on the little data Southern Nevada has on the subject, it’s just the tip of the iceberg. This first story will influence some of my future reporting in 2020.

Legislation would compensate those who’ve been wrongly convicted: The Nevada Legislature debated a variety of criminal justice reforms from bail reform and decriminalizing traffic tickets, both of which failed, to helping inmates get identification and overhauling laws that contribute to our rapidly growing prison population. During the session, Nevada became the latest state to pass legislation that compensates wrongfully convicted and imprisoned individuals. Meeting DeMarlo Berry, who was incarcerated for 22 years, was one of the highlights of my legislative coverage. While testifying for a bill to compensate those wrongfully imprisoned, he demonstrated the type of grace and humility you wouldn’t expect from someone who was failed by the justice system. Berry was probably the best person at the Nevada Legislature.