It started with the Tea Party and Sharron Angle telling Harry Reid to “man up.”

It ends with Democrats still so afraid of the populist right that they seem to think the only way they can beat Trump — Trump! — is by nominating an old white guy who voted for the most colossal fiasco of the decade before, i.e, the invasion and occupation of Iraq.

In other words, the decade ends as it began: With Democratic tails planted between Democratic legs.

Ah, but Sharron Angle lost the 2010 election against Harry Reid, so at least that’s a good thing, right?

Eh, as far as it goes. Sure, Angle lost. But did Angleism, or more generally, the movement wherein perpetually aggrieved white people shake their fists at the sky and hate everyone and anyone whose position on policy is shaped by evidence and expertise instead of that thing that they “just feel” in their gut? Did that lose?

Because not only ignorance and disregard of facts, but outright hostility to them, seems awfully fashionable among a certain swath of the electorate these days.

Not that Democrats didn’t score other victories in the 2010s, of course. And other humiliations.

In Nevada, Democrats handily gave Barack Obama another victory in 2012. And Nevada Democrats were so proud of Obama’s reelection they decided to give themselves a break, sit out the 2014 election and let the Great Brian Sandoval just have a second term because he was such a swell guy.

How’d that work out? Ask Steven Horsford, for starters, who lost a safe Democratic congressional district to a country biscuit. And more importantly, remember the ensuing 2015 Republican-controlled Legislature, and its laws to spend public money on churchy private schools and do whatever the gun industry said and generally inflict policy damage that Nevada still has failed to clean up and maybe never will? Michele Fiore chaired a legislative committee fergawdsake. Yes, briefly. But still.

And if Democrats had at least pretended to be a going concern in 2014, Nevada voters would have stripped the mining industry’s sweetheart deal from the state constitution, and Nevada may well have a sensible mining tax today, instead of the daffy farce of a mining tax that has been allowing the industry to rip off the state ever since California mining executives wrote the Nevada constitution in 1864.

Thankfully, 2016, was another presidential year and also had a U.S. Senate race, and Democrats — both the state party (a Harry Reid production), and voters, at least show up for those.

And then 2018 was the BLUE WAVE!!!! (a Donald Trump production). So the decade is going out with a mighty roar, right?

Nothing says mighty roar like using your place as the third state in the nation to choose in the presidential nomination process — a precious chance to reflect the state’s diversity as well as the importance of broad issues and concerns that reflect America so much more accurately than Iowa and New Hampshire — yes, nothing says mighty roar like putting wind in the sails of Joe Biden’s commemorative 150th presidential campaign. And if extant polling is any indication, that is what Nevada Democrats will do.

But enough about politics. Let’s talk about the decade and the economy. Nothing sketchy about that, right?

Ha ha, just kidding. Look up sketchy in the dictionary and you’ll see a picture of the Tesla/Panasonic battery plant. Well, it depends on the dictionary. Another popular picture used to illustrate the word sketchy is an aerial shot of Mid-Air Engine Failure Field, a.k.a. home of the Las Vegas Raiders.

The decade started with Nevada being worst at everything, economy-wise, and widespread pain, misery and despair.

It has since recovered, with the national recovery in general, and area politicians would like you to think that their policies have shaped that recovery.

And they are absolutely right! That’s why Nevada’s economic recovery is renowned for being such a low-wage affair.

As Nevada enters a new decade, there remains a) every indication that Nevada politicians continue to be obsessed with an imaginary economy that we might have some day, and b) scant evidence of Nevada politicians possessing anything approaching a frank comprehension of the economy we actually have.

Oh well, on the bright side (where I’m always looking), 2020 is another presidential election year, when reasonable Nevadans and their fellow voters nationwide get to oust whatshisface in the White House.

Alas, on the dark side, even if Trump is defeated and his inevitable attempts to lawlessly remain in office fail, 2020 promises to be the most cringeworthy, stomach-turning spectacle of a campaign cycle in any of our lifetimes, and probably the nation’s entire history. 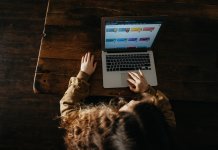 The Nevada GOP, the California bogeyman, and the irony

Sorry, Democrats, but you have to put impeachment back on the...