Nevada’s federally-prohibited marijuana industry and the agency that regulates it, the Nevada Department of Taxation, have caught the generally unwelcome attention of the FBI, according to emails obtained by the Current.

Rino Tenorio, an auditor from the Department of Taxation’s Marijuana Enforcement Division, met with FBI agents in March 2019, according to the emails. Tenorio revealed a laundry list of questionable, if not illegal practices, including how regulators deleted disciplinary records of dispensary sales to minors, bent the rules to favor certain establishments, and stored undocumented, unsecured and unknown quantities of seized marijuana in a state office.

Special agent Mark Neria reached out to Tenorio again in July, asking to meet in August.

“He just encouraged me to keep reporting to him,” Tenorio says.

The FBI did not respond to the Current’s request for comment.

In an August podcast, FBI agents say they are “seeing a public corruption threat emerge in the expanding cannabis industry.”

Agents say state licenses to participate in the industry are “opening the possibility for public officials to become susceptible to bribes in exchange for those licenses.”

“The corruption is more prevalent in western states where the licensing is decentralized—meaning the level of corruption can span from the highest to the lowest level of public officials,” says agent Molly Halpern.

Tenorio says he’s been unwittingly caught up in litigation filed by marijuana license applicants who are claiming the Department of Taxation, which regulates the marijuana industry, is either inept or corrupt.

Unsuccessful applicants sued when the state awarded the lion’s share of licenses in 2018 to a handful of owners while others were shut out.  A trial is set for this year.

Tenorio, who has filed for whistleblower protection from the state, says he’s being targeted by his boss, Taxation Director Melanie Young, for acts he did not commit.

Young declined through a spokesperson to discuss the allegations.

Tenorio has been under investigation by the state for more than a year for unproven allegations that have ballooned in severity — from leaking a department email about dispensary sales to minors, to more recently, bribery.

The longtime auditor says he landed on the administration’s wrong side when he filed a sexual orientation complaint in December 2018, after marijuana division employee Karalin Cronkhite placed a photo of his face on a photo of a female mariachi musician for an office calendar. Tenorio, who is gay, says he was mortified.

An investigation of his complaint was completed on January 15, 2019, and forwarded to Young, according to an email from Human Resources.  Tenorio was never notified of the results. Cronkhite was later promoted.

Gov. Steve Sisolak, who appointed Young upon taking office a year ago, made combatting sexual harassment of state employees a priority of his administration.

In late January 2019, Young opened an internal investigation of Tenorio, alleging unprofessional conduct.  He was suspected of leaking an email from Cronkhite instructing staff to delete self-reported incidents of dispensary sales of marijuana to minors from state records.

The same month, Tenorio says he and a colleague were approached at their office by Dr. Nicola Spirtos, who had been denied a marijuana license. Spirtos alleged improper behavior on the part of regulators in the licensing process. Tenorio says an anonymous text sent to Spirtos (presumably from a department employee) suggesting Spirtos was correct about corruption was attributed to Tenorio.

An attorney who briefly represented Tenorio arranged his March meeting with the FBI.

In early September, according to emails from Tenorio to the FBI, Tenorio was questioned by the state about his involvement with Spirtos, who had filed litigation against the Department of Taxation.

Tenorio filed a hostile work environment complaint and was summoned on Sept. 19 to meet with Hernandez and Young, who gave him a subpoena to be deposed by the plaintiffs in the lawsuit against the state.

“I have to tell you, if I find out who’s sharing this information outside the department, I’m going to come down like a hammer,” Young, a party to the litigation, can be heard telling Tenorio in an audio recording obtained by the Current.

Tenorio’s state-appointed attorney, Joshua Reisman, declined to say whether it’s appropriate for Young, as a litigant, to discuss a case with a witness, as did the Attorney General’s office.

Young goes on to tell Tenorio she’s been besieged by false allegations spread by the “litigious” marijuana industry.

“This industry is like I said, they’re slinging mud, but what they’re slinging has an element of truth to it, maybe a  small element,” Young says. “I’m going to uncover every stone I can to find out who this person is.”

“In that they name specific texts and the information from the other attorneys, they identified you,” Young says.

“If they identified me, they’re lying,” Tenorio responds.

“I hope you realize the serious nature when you go to be deposed,” says Young.

“I can give my cell phone now because it’s not me,” Tenorio offers, after learning that his initial impression — that the state wanted his phone as part of its investigation of him — was incorrect.

Young tells him “not turning over your cell phone could be looked at as if you have something to hide.”

Despite Tenorio’s offer to turn over his phone, the state subsequently alleged in court documents that he refused.

The state, which lost its motion in District Court, is appealing to the Nevada Supreme Court.  A spokeswoman for Attorney General Aaron Ford would not say why the state contends Tenorio refused to turn over his phone despite the audio recording proving otherwise.

Attorney Will Kemp, who represents marijuana industry plaintiff MM Development, deposed Tenorio on Dec. 5, and says the auditor was “more credible than Dr. Spirtos,” who Kemp says has yet to comply with a subpoena to turn over his cell phone.

“All we’ve got to do is get his (Spirtos’) cell phone and see the number the text came from,” Kemp said.

Kemp says Spirtos arrived at his deposition without his cell phone “because he said he didn’t want to interrupt the fine lawyers. I think Spirtos is playing a game. I found Tenorio to be more credible.”

Spirtos’ attorney, Dennis Kennedy, did not respond to requests for comment.

Young placed Tenorio on paid leave the day after his deposition.

The state’s budding marijuana industry has been embroiled in controversy in recent months.

Sisolak expressed outrage when news surfaced that foreign interests attempted to buy their way into the industry via political influence.

Former Taxation Director Deonne Contine quit after just months at the helm of the Department of Administration, a departure that coincided with the Current reporting that Contine served on the board of a marijuana company.

In December, the Current reported Sisolak’s appointment of Young as director of Taxation created a conflict with Nevada law, which prohibits state officials from managing their relatives.  Young’s daughter remains an auditor in the department’s Marijuana Enforcement Division.

A spokesman for the governor did not respond to inquiries regarding the FBI’s interest in the industry.

This story was updated to clarify that Tenorio initially refused to turn over his personal cell phone to the state but offered to do so days later.

In coming days the Current will detail some of the information provided by Tenorio to the FBI. 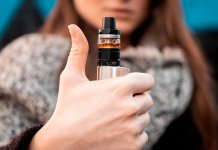