“Anything except inclusionary zoning. Do not bring that up.”

That was the immediate response one developer had for a Henderson City Council member after hearing the city would be updating its strategic housing plan.

Yet, despite the hemming and hawing from developers dead set against anyone even muttering those two words, the City of Henderson is currently working with national consultants to determine what inclusionary zoning policies might work for the growing suburb of more than 300,000 people. According to a city spokesperson, staff has requested proposals from two consulting companies and will be selecting one to delve into more specific research on the topic. City staff plans on updating city council members on the progress “in the next couple of weeks.”

A meeting last month with city council members, developers and homebuilders provides some insight into what the debate might look like.

Inclusionary zoning is the tag given to municipal public policies that encourage or mandate that housing developments be affordable to people making low or moderate incomes. They vary from mandatory (“10 percent of your development must be priced below market rate”) to voluntary (“we’ll give you a tax break if 10 percent of your development is below market rate”), from inflexible (“your development will not be approved unless you do this”) to flexible (“we’ll take a fee instead and use it to fund our own affordable housing projects.”).

Tyler Bump of EcoNorthwest, one of the firms consulting the city of Henderson, told the group of elected officials and developers that many people have a misconception that inclusionary zoning is one specific policy.

“Policies are different all over the country,” he said.

Bump added that both flexible and inflexible zoning policies have proven to be successful, and that success depends on market specifics.

Massie compared two California cities — Irvine and Anaheim. He said the former adopted inclusionary zoning policies with the support of “a sophisticated staff and an enlightened elected council.” The latter has not embraced inclusionary zoning but has used “every other resource” available, including buying land, hiring a large staff of their own and putting “real money, general fund money” into projects.

“Without that level of commitment, it’s hard to get affordable housing done in any meaningful way,” he said.

Anaheim was compelled to tackle the issue of affordable housing due to the growing number of low-wage workers at Disney’s various resorts.

In Nevada, housing costs have outpaced wage growth by leaps and bounds, creating and widening what analysts call “the missing middle.” Households that fall into the missing middle earn between $35,000 and $60,000 in annual income, therefore they do not qualify for public housing subsidies, but they also cannot afford available housing.

When it comes to housing, affordability is typically defined as spending 30 percent or less of your annual income. According to Applied Analysis, 30 percent of Henderson households are housing cost burdened. If current trends hold steady that number is expected to grow. The number reflects employed workers, renters, home owners and people across age demographics.

Inclusionary zoning policies have been adopted across the country as a way to combat the issue of affordable housing.

Opposition from builders and developers is well documented nationally and in Nevada. During the 2019 Legislative Session, builders and developers spoke out against a seemingly simple bill whose only purpose was to clarify that local municipalities already have the legal authority to implement affordable housing policies such as inclusionary zoning or rent control. That bill unceremoniously died.

But several Henderson City Council members last month had a clear message to builders and developers: Inclusionary zoning is on the table here, so offer your constructive input.

Councilman John Marz directed his thoughts directly to the developers and builders: “This is something we want you at the table for, because if you’re not then you’re going to be the victims. Because somebody has to do something.”

Shaw said he has kids and grandkids making $50,000 — around the median annual income in Southern Nevada — and that they cannot afford market rate rents.

Later, one developer argued that affordable housing isn’t as big of a problem as many make it out to be, and that the market rate for a one-bedroom apartment is within the generally accepted range of being 30 percent of annual median income in Southern Nevada. But the councilmembers pushed back.

“It is a problem now,” said Marz. “Your example gives people no options. If I make $55,000 I have to have a one bedroom. I have no choice based off what you said.”

“Teachers have to live outside the city,” he said.

Representatives from builders and developers noted their support for other strategies mentioned in the current draft of the strategic plan. Those ideas include establishing an affordable housing trust seeded with revenue from short-term rental fees, exploring employer-assisted housing programs, encouraging nonprofits to rehabilitate existing multi-family properties into affordable housing, expanding the use of federal community development block grant money, and encouraging the use of “alternative construction methods that may allow for naturally occurring affordable housing due to lower construction/fabrication costs.”

“We are at the table,” said Amanda Moss of the Southern Nevada Home Builders Association. “We are here now. We want to be part of the solution but (inclusionary zoning) gives us a lot of heartburn.”

The developers and builders argued that inclusionary zoning is better suited for more urban areas with higher density overall. In Henderson, single-family residences are the standard, comprising 75 percent of all housing units. That is a higher percentage than in Clark County as a whole, where 62 percent of housing units are single-family residences. The developers noted that new apartment complexes, which are more likely to help affordability than standalone homes, face an uphill battle when getting approved because existing residents fight them tooth and nail over fear they will negatively impact their property value.

Moss argued that while inclusionary zoning may lead to the creation of some below-market-rate units, it does so at the expense of private developers and leads to the price of market-rate units rising, which in turn just prices out other people who are also looking for housing: “For every $1,000 increase, you price out 18,000 people. You price out 18,000 for 440 (affordable housing) units.”

She and others argued the city would be better off promoting voluntary incentive programs and fixing other housing-related issues, such as those related to density, land availability and infrastructure to support new developments. Several developers said or suggested they believe the city has an overall supply issue that isn’t being properly addressed.

The council members acknowledged those concerns but seemed to hold steady on their belief that inclusionary zoning needs to be explored as an option.

“Every homebuilder has come (to us) and cried about density,” said Marz to the developers and builders. “We have lowered the density. Much to my dismay. I’ve fought it for five years. You want 300-square-foot lots and you still charge $350,000.” 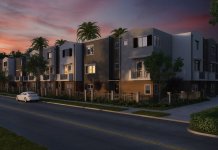 CARES Act rental and housing assistance still in the pipeline 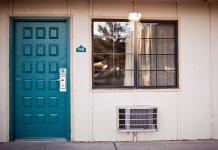 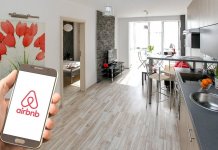