Last week, the Salvation Army doubled its capacity to house trans clients from nine beds to 18 using an $8,000 donation from the Bright Star Foundation, which works with LGBTQ youth.

Ray Macfarlane, the trans and gender diversity manager at the Gay and Lesbian Community Center of Southern Nevada, noted the importance of increasing beds for the LGBTQ population.

“I definitely have had people who have had a difficult time getting into some of the domestic violence shelters,” they said. “With some (organizations), I can expect if a trans woman or trans man walks through the door there is going to be some type of pushback. I’ve even tried to place someone and at first (the shelter) had space, but once it became apparent they were trans, there wasn’t space anymore. You can never prove those types of things.”

Even with additional beds, Macfarlane is worried the city’s ordinance, which went into effect Feb. 1 and prohibits camping and sleeping on sidewalks whenever there are beds open at emergency shelters or space at the open-air Courtyard Homeless Resource Center, will have unintended consequences — aside from potentially giving homeless people tickets they can’t afford.

Throughout the night, shelters are expected to update the total number of beds, broken down by gender, available through an online system the city created. The list includes the number of LGBTQ beds available at the Salvation Army, which has Macfarlane concerned about the process of determining who is qualified for the dorm.

“I don’t know if I want Metro screening for queerness on the street,” they said.

On average, more than 60 percent of Southern Nevada’s homeless population is unsheltered according to data from the 2019 Southern Nevada Homeless Census. Additionally, Nevada has the highest rate of unsheltered homeless youth in the nation. About 84 percent of homeless youth lack safe and stable accommodation, according to the U.S. Department of Housing and Urban Development 2018 Annual Homeless Assessment Report.

“When you go to access services, it is not always apparent that is a space you’re allowed to go,” they said. “It’s not always a welcoming place and sometimes it is explicitly forbidden, especially in the case of trans people. Even if technically the administration at the top wants to be inclusive, it doesn’t always trickle down to the people at the front desk or the volunteers who might put people off or delay people while they are figuring out what they are supposed to do.”

The addition of shelter beds, Macfarlane added, is a positive step and shows momentum in the community to address the needs of the LGBTQ people, specifically trans individuals, experiencing homelessness.

As previously reported, the safety dorm was designed for trans women experiencing homelessness, but Juan Salinas, the director of social services at the Salvation Army, said prior to its expansion the beds would constantly get filled.

After the dorm’s expansion in January, the organization saw an increase in people using it. “Right now, we’re averaging 13 or 14 who stay here,” he said. “If it gets full again, it’s something we will revisit if we need to expand.”

Claude Raffin, the president of Bright Star Foundation, said they currently have a property in escrow. Macfarlane hopes the facility will open later this year.

Even though including the LGBTQ community is important, Macfarlane said solving homelessness and addressing housing stability comes back to building more affordable housing.

“We can carve out a space of pie for our (LGBTQ) community,” they said. “But the fact is, we need more pie.” 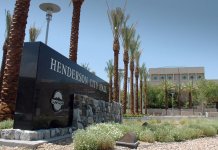 Send them away, sweep them away… A look at local policy...