The bill passed largely along party lines by a vote of 224-194. All three Nevada Democrats voted for it, and the state’s one Republican in the house voted against it.

The measure, known as the Protecting the Right to Organize Act, would strengthen protections for workers who organize for higher wages, better benefits and safer working conditions.

Among other things, the legislation would impose monetary penalties on employers — including assigning liability to individual corporate directors and executives — for violating workers’ rights. The bill would also allow workers to sue if the National Labor Relations Board fails to act on their complaints.

Organized labor has long-complained that the NLRB is a regulatory paper tiger, and it’s rulings too easily circumvented by employers.

Proponents said the bill would lead to a surge in union membership, increase workers’ standard of living and narrow the wealth and income divide.

The economy is not working “for millions of Americans who are struggling to get by while corporate profits are soaring,” Nevada Democratic Rep. Steven Horsford said in a statement after the vote. “In this current economic climate, the reasons to support unions and the workers they represent are plentiful.”

Horsford, formerly a CEO of the Culinary Academy in Las Vegas, said that in Southern Nevada “60,000 workers benefit from their membership in the Culinary Union Local 226 — they have fair wages, job security, and good health benefits. Today, we are one step closer to securing those rights for all American workers by passing this crucial legislation.”

Recent research by Emmanuel Saez, perhaps the foremost economist in the U.S. on income inequality, found that from 1980 to 2017, average incomes for the bottom 90 percent of households barely budged, increasing just 1.1 percent, while incomes for the top 1 percent increased by more than 184 percent.

“Inequality is not a natural product of a functioning economy,” reads a fact sheet citing Saez’s work and prepared by House Education and Labor Committee on the bill the chamber passed last week. “It is the result of policy choices that have stripped workers of the power to join together and negotiate for decent wages, benefits, and working conditions.”

“It is not a coincidence that as union membership has declined, income inequality has soared,” Democratic Rep. Haley Stevens of Michigan said on the House floor Thursday.

House Republicans disagreed — and charged Democrats with being in the pocket of “Big Labor.”

The bill is “one of the most anti-worker, anti-small business bills to be considered by Congress in decades,” said Rep. Virginia Foxx of North Carolina, the ranking Republican on the House Education and Labor Committee, which has jurisdiction over the bill.

It is a “liberal Democrat wish list designed to enrich and empower union bosses and trial lawyers at the expense of rank-and-file workers and small businesses.”

Odds that the bill will become law this year are slim.

A companion measure in the Senate isn’t expected to pass the GOP-controlled chamber, and the White House issued a veto threat Wednesday.

But the bill’s slight chance of passage in the current Congress doesn’t deter its backers, who say the legislation sends a signal about what Democrats would do if they had more power in Washington.

The decades-long decline in U.S. union membership comes as heavily unionized sectors, such as manufacturing, transportation and public utilities, make up a smaller portion of the economy than they did in the past.

Also credited is an uptick in recent decades in state “right to work” laws, which bar workers from being required to join unions to get or keep a job.

“The right to organize is rooted in the First Amendment of the Constitution,” Rep. Jamie Raskin, a Maryland Democrat, said Thursday. But strong “union busting” efforts have eroded these rights in recent decades, he said.

Richard Trumka, head of the AFL-CIO, said at a press conference Wednesday that the bill would combat the “union-busting industry” and called it “the most significant piece of legislation” to come before the House this year.

Democrats on the presidential campaign trail also support the bill.

Sens. Bernie Sanders of Vermont, Elizabeth Warren of Massachusetts and Amy Klobuchar of Minnesota have signed on to the Senate version of the bill. Pete Buttigieg, former mayor of South Bend, Ind., and former Vice President Biden also support it, according to their campaign websites. Ex-New York City Mayor Michael Bloomberg also backs the bill, according to a campaign spokesperson.

Business groups, meanwhile, have voiced strong opposition to the bill.

In a letter urging House lawmakers to reject the bill, U.S. Chamber of Commerce President Suzanne Clark wrote: “The legislation would harm the economy in myriad ways by enacting a slew of harmful labor policies.” 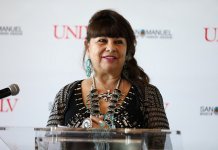