The war between brick-and-mortar and virtual charter schools has many battlefields.

One of those battlefields is the courtroom, and Carson City District Court on Wednesday awarded a small victory to advocates of virtual charter schools. The judge ruled that the National Coalition for Public School Options, an organization whose primary focus appears to be advocating for online charter schools, is allowed to depose employees from the Nevada State Public Charter School Authority about how they complete public records requests.

The decision backs up a previous ruling in October that the charter school authority violated the Nevada Public Records Act by failing to produce the entirety of documents requested by Public School Options.

In a statement released after Wednesday’s hearing, a representative from Public School Options characterized their ongoing lawsuit as “a battle of transparency” and the judge’s decision as “a major step forward in forcing the authority to stop hiding the truth from students, families, lawmakers and taxpayers.”

But this isn’t just about proper adherence to public records laws. It’s about what Public School Options is hoping to find through their public records requests, which is evidence of what they believe is an inappropriate relationship between employees of the state charter school authority and the National Association of Charter School Authorizers (NACSA).

“If they are taking so many steps to hide something, they’re obviously hiding something,” says Jay Schuler, a Public School Options board member who lives in Reno. “It needs to be looked at.”

On their end, the charter school authority has argued in court that they have complied with the public records requests to the best of their ability and aren’t willfully hiding anything.

What is clear from emails and documents that have already been released to Public School Options through public records requests is that NACSA paid Charter School Authority Director of Authorizing Mark Modrcin $4,000 for participating as a “coach” in a professional development program. Modrcin had previously participated in the program as a mentee.

Or, put another way: “The real issue I have is an outside vendor paying a state agency to gain influence and influencing state policy.”

Public School Options says the charter school authority has withheld Modrcin’s emails and provided only those sent to or from the authority’s former executive director, Patrick Gavin, who had already submitted his resignation and was on the way out of the authority when their records request was filed. Public School Options has previously accused Gavin of having an “improperly close relationship” with NACSA.

They raised those issues in a 2018 letter sent to then-Attorney General Adam Laxalt.

The group received no response from the attorney general’s office.

In a brief statement to the Current Wednesday, charter school authority Executive Director Rebecca Feiden noted the authority is one of more than 100 members within NACSA. She declined to comment further on pending litigation

NACSA is a national membership organization for agencies that authorize charter schools. They offer direct support to members through things like leadership programs and conferences. Beyond direct services for charter authorizers, NACSA also conducts research, issues reports and advocates for specific policies regarding the growth and oversight of charter schools across the country.

The association has publicized concerns about “the well-documented, disturbingly low performance by too many full-time virtual charter public schools” and has called for the closing of chronically low-performing virtual charter schools and for stricter oversight of virtual schools.

Those efforts have put them at odds with national groups like Public School Options whose members are advocates of virtual charters.

NACSA already has strong ties to Nevada. One of the association’s board members is Steve Canavero, Nevada’s former superintendent of public instruction. Before being appointed by Gov. Brian Sandoval to the state’s top education position, Canavero was the first director of the Nevada Public Charter School Authority.

During the 2019 Legislative Session, lawmakers passed a bill to create specific regulations for online charter schools, thus cementing the divide between brick and mortar charter schools and virtual schools. The Nevada Department of Education has yet to adopt any regulations specific to virtual charter schools but is expected to sometime this year. 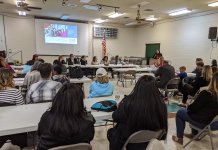 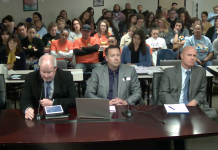 CCSD begins to scratch surface of its charter school problem