Parents are mobilizing in an effort to increase resources for indigenous students in Clark County School District after a meeting earlier this month with school board trustees and the superintendent left them feeling their concerns are being brushed aside.

Mercedes Krause says she and other parents of indigenous students are trying to make the case to CCSD that the federally funded Indian Education Opportunities Program should be considered a standalone department within the district, but that their argument has so far fallen on deaf ears. Indian Ed is currently housed under the district’s Community Services Department and has previously been under two other departments.

“They won’t even discuss the issue,” says Krause, “not even to tell us no.”

The parents raised the issue prior to and during a community engagement meeting attended by school board trustees and Superintendent Jesus Jara on Feb. 6 at the Moapa River Indian Reservation.

But a barebones staff means a lot of missed opportunities. Some students aren’t connecting to the program at all, and those that do are finding limited options because of staff limitations.

Petra Wilson, chair of the Indian Education Opportunities Committee, says at a recent college tour for students, she spoke to a high school senior who hadn’t realized Indian Ed existed until that year: “This kid. He’d had some adversity. I looked at him and thought to myself: What could we have done if we caught him in kindergarten? What path could we have steered him to? What would being involved have done for him? Given him an identity, knowing who he was. He knew was Zuni. But we missed him.”

Wilson and Krause want to see additional staff, including ones who could focus specifically on key issues, like absenteeism and feeling unsafe at school, that disproportionately affect indigenous students.

“It’s a universal complaint,” says school board president Lola Brooks. “We all have that. There’s just so much need everywhere. I know everyone gets really frustrated. I understand everyone’s frustration. I feel it too.”

Brooks says budgets for many programs were higher pre-recession than they are today, and that the years of budget cuts have had a lasting impact: “We all have to join forces and make sure education is adequately funded, so we are not continually playing catch-up.”

Trustee Chris Garvey took a similar position: “Do I think they’ve suffered just like every other child because of the recession? Yes. We haven’t even made it back to pre-recession funding levels. That’s why we have to leverage things.”

As for allocating additional resources for Indian Ed, Brooks says budget requests and structural changes are typically formed by departments and sent to the board for approval, rather than the trustees taking lead.

“It’s not standard practice for the board to carve out a set of money for any student group,” she added.

Garvey and Brooks said superintendent Jara has signaled he wants to explore how Indian Ed can leverage existing programs for their mission. Garvey added she hopes frustrated parents can get on board with that plan while they “build the budget and look for more opportunities for federal money.”

When asked by the Current whether they would support a proposal making Indian Ed its own department, trustees Brooks and Garvey both said they would need to see a specific proposal before deciding and referenced the overall financial hardships faced by the district.

To Wilson, all that feels like being brushed off.

She argues the point of Indian Ed is that qualifying students have cultural and academic needs specific to them. That precedent has been set by the federal government because of its long, painful history with indigenous people. Wilson is chair of the Indian Education Opportunities Committee, a group of parents who are legally required to be involved with the process of applying and accepting the federal grant money.

“A program can be dissolved,” she says. “They cannot do that with Indian Ed. A program doesn’t have decision-making (authority) put in place by an Indian Education Committee made up of parents. The Indian Ed grants do. There are federal laws in place. That’s what blows my mind. You have a federal mandate. Indian Education is a responsibility.”

According to Wilson, a few years ago the parent committee chose not to apply for the federal grant over concerns the district was using the money for technology and general diversity efforts rather than student services specifically for qualified indigenous students. According to Garvey, there have also been years when the Indian Ed program overspent its budget, forcing the trustees to cover the cost.

Krause, who also works for the school district, doesn’t believe money is what is holding back district support for an Indian Ed department. She says the board has never prioritized indigenous students. As evidence, she points to the fact that, while trustees and the superintendent attended the Feb. 6 meeting at Moapa River Indian Reservation, the standard over the past year has been that too few of them to show up to make the quorum necessary to hold an official public meeting.

“(The school board) talks about grant money like it’s free money,” says Krause. “My ancestors bled for this. My ancestors’ blood is all over this. They don’t understand this. They don’t want to hear this, but it’s true. It is called an entitlement grant for a reason. You’re living on our land.”

Trustee Linda Young says she believes Indian Ed deserves to be its own department and that she has vocalized that recommendation directly to the superintendent. Young says the program needs more autonomy because of the special needs of the student population it serves.

“It’s a financial thing,” she adds, “but it’s also an equity issue. It’s an issue of what is fair and unique to this community.”

The number of students participating in Indian Ed programming has also dropped over that time period.

Young says she’s told Krause and program staff they need to be vocal, mobilized and willing to fight for more Indian Ed resources: “Unfortunately, the squeaky wheel gets the oil.”

“We’re not like suburban moms who have the luxury of staying at home,” she says. “Everybody works. (The school board) relies on the stress factor letting things fall off (the radar). We push and push, and we don’t get a reaction, and life happens, and it just falls off until it comes back again.”

Krause says the point of the parent committee and the community engagement meetings with the tribal communities is to bring issues to the school board in hopes of working together to find a solution, not to present the problems and the solutions and the funding and every detail themselves.

“It’s not all supposed to be on our shoulders,” she adds.

Wilson agrees. The mother of nine children — all of whom were educated by CCSD — says she has been involved with Indian Ed for 15 years and has grown tired of discussions and being pacified by small victories. She hopes the school board and superintendent change course before her first grandchild ages into the school district in five years.

“I’m tired of them treating our children subpar,” she says. “We have federal laws in place for Indian Education. We have self determination. We have assurances under trust. And we can’t get the fifth largest school district in the country to do the right thing.” 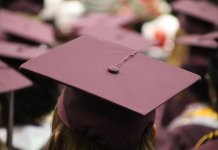 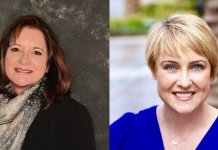